'It Seems A Different Setup. It's A Small Bit More Positive In Football Sense'

Kevin Walsh stepped down as manager in early September after five years in charge with Joyce taking the reins.

"It seems a different setup," said Martin Farragher, one of the Corofin players involved.

"It's a small bit more positive in football sense, it's attacking football but obviously Kevin left Galway football in a great place.

"Like the statement that he made coming in was to leave Galway football in a better place. Maybe in the last year they didn't perform as well as they possibly wanted to due to injuries. 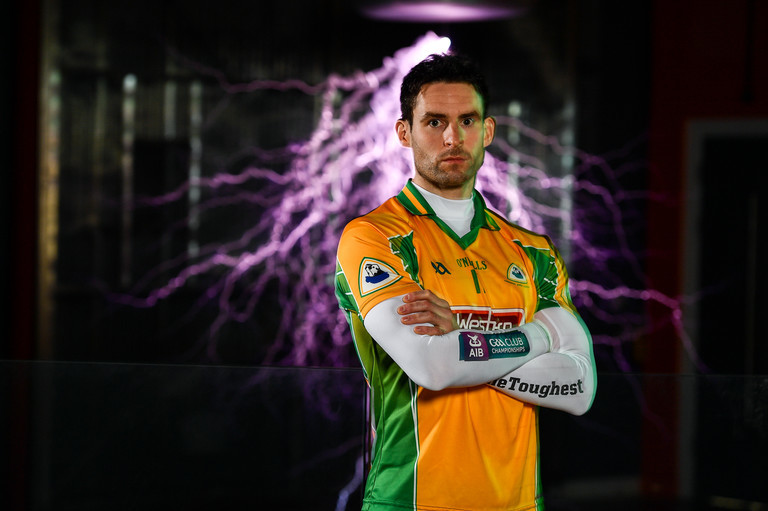 Corofin and Galway Footballer Michael Farragher stands for a portrait ahead of the AIB GAA All-Ireland Senior Football Club Championship Semi-Final where they face Nemo Rangers of Cork on Saturday January 4th at Cusack Park, Ennis.

Farragher actually played against Joyce in the 2010 Galway final when Killererin beat Corofin.

"He's a legend in Galway, Connacht and Ireland," said Farragher.

"Padraic seems to be chomping at the bit to bring more success. It's a good setup at the minute. Padraic and his backroom team, there's serious names there and they've great experience and hopefully they can bring success."

In previous years, the involvement of Corofin players in the Galway squad early in the year was restrained by the club's regular involvement at the business end of the All-Ireland Club Championship.

There will be a difference in 2020 with the club semi-finals taking place on the first weekend of January and the finals a fortnight after. Gone is the St Patrick's Day showpiece.

"It's very hard to try to break into a panel if you're not being looked at week in, week out to show that you can prove that you're good enough for that level. It definitely has been a factor."

AIB is in its 29th year sponsoring the GAA Club Championship and is delighted to continue to support the Junior, Intermediate and Senior Championships across football, hurling and camogie. For exclusive content and behind the scenes action throughout the AIB GAA and Camogie Club Championships follow AIB GAA on Facebook, Twitter, Instagram and Snapchat. Photo by Sam Barnes/Sportsfile

Football
17 hours ago
By Paul Moore
Quiz: How Well Do You Know the Jack Charlton Golden Era?
5