'I Let The Class In. I Was So Confused, I Couldn’t Remember The Day Before'

Michael Hannon has been concussed on four occasions.

The first time was nearly 20 years ago - he was 16 and playing in a schools game; the second was three years later in a club game; the third happened while training with Cavan in 2010; the most recent was five years ago during a game with Drumgoon.

From first to last, though the impacts and hits may have been of less force, the side effects have become progressively worse.

Hannon lost consciousness on the pitch for 20 seconds following that first concussion. He played on. It was on the bus back from Elphin that he realised there were blank sections in his memory.

"The third one was a kick to the head as I was diving on the ball," Hannon told Balls.

"Martin Reilly was taking a shot and I dived on the ball. His foot went right through my hands and hit me on the head.

"It was a pretty noticeable impact to the head but I would have said it was lessened because his foot went through my hands - I nearly blocked his hands. It wasn’t as bad as the previous hits."

The 35-year-old remembers Aogán Ó Fearghaíl shaking hands with the teams before the game where he suffered his most severe concussion. It was early 2014 and his fellow Cavan man had just been elected GAA President.

"To me, I felt like I’d barely been hit; I felt like I took a fair shoulder and completely lost consciousness on the field, lost loads of time in the game," says Hannon.

I was in the dressing room at half-time and couldn’t remember how I got there. I began to come around a little bit and like a fuckin’ idiot went out to play the second half and played the rest of the game.

The effects of that concussion, I was still feeling them 12 weeks later.

The Drumgoon physio had been present at Cavan training four years earlier when Hannon had been on the end of Martin Reilly's boot. He drove Hannon's car home and told the player's mother to keep an eye on him.

Hannon, who was teaching at the time, was also studying for additional maths qualification. Despite having suffered that concussion earlier in the evening, he still had to sit down and finish an assignment. 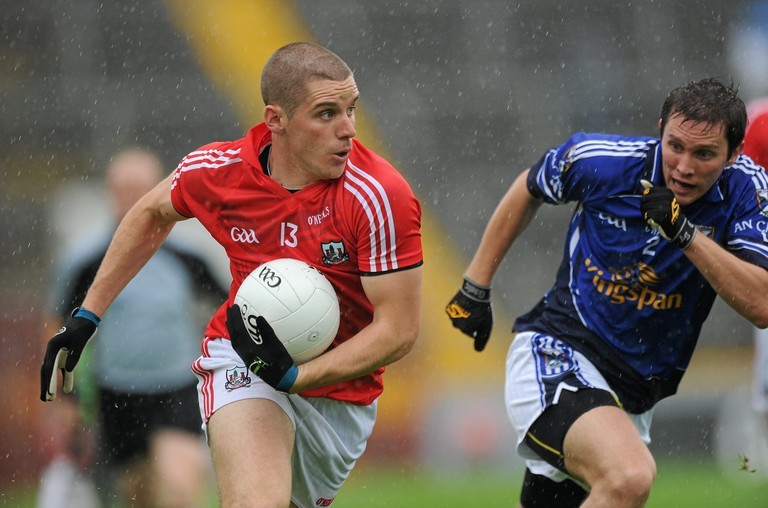 "I can tell you, I felt like I wanted to puke at the equations, the way I was looking at them - I just felt so bad.

"I took a few days off work because I just couldn’t go back in - I just didn’t feel right."

The side effects, though they were not ones he experienced daily, became more alarming. Sitting in the staff room on a Friday five weeks later, confusion washed over him - he was certain it was actually Thursday.

The principal came in and he said, ‘Michael, you’ve got a class’.

I was like saying, ‘I don’t have a class’. He said, ‘You do’. I was thinking, ‘He’s made a mistake here but I’m not going to start arguing with the principal’.

I opened up my journal and looked at Thursday’s timetable and, sure enough, I was like, ‘I don't have a class’. He said, ‘They’re waiting outside your room’. I walked down to the room going, ‘What is going on here?’

I got down and let the class in, I was so confused. I couldn’t remember anything that had happened the day before. To me I just thought, ‘Did I lose a day? What happened here? I can’t remember what happened’.

I taught the class anyway and I was going around the room looking at copies to see what the kids had done the day before.

35 minutes in and it’s nearly over at this stage, bits and pieces started coming back to me about teaching the class the day before.

I remember just going, ‘Right, this is not good. This is definitely coming from that concussion’. It was as if I’d lost a day and I had no recollection of it. I went through my phone to see if I could find out who I’d been texting the day before.

Three weeks on, while driving from Cootehill to Cavan, there was another incident (which he first spoke about on the We Are Cavan podcast).

"I got to Kill and I pulled in; there’s a long stretch and I couldn’t remember why I was driving over the road," he tells Balls.

"I said, ‘You’re in your car and you’re ten minutes from home, 15 minutes from Cavan. What are you doing? Where are you going? Who are you meeting?’ I couldn’t remember.

"The thing that shook me was sitting in the car that day on the side of the road. I had to go through my phone to see had I texted someone to say I was going to meet them.

"I sat in the car for ten minutes and then turned it around and drove home. I got three or four minutes from my home place and then I remembered where I was supposed to be going and went, ‘Ah, for fuck’s sake’, turned the car around and headed back over the road."

Hannon knew it was in cinemas and about its subject matter but didn't want to see it; perhaps didn't want to discover the tragic fates of many American football players who had been regularly concussed throughout their careers. It was a year later, when the film popped up on TV, that he sat down to watch it.

I just watched it and said, ‘Yeah, OK, concussion is a serious thing’. I made up my mind then that if I’m ever involved with a team, if anybody ever gets a knock to the head, just pull them - don’t be messing around.

If a player was concussed I would want them off the field. I was absolutely useless! The second thing, if you have been concussed and you see someone be concussed, you should tell them to get off the field because it’s not worth it.

The thing that people fear is if they are concussed, it could rule them out of the next game.

Sport is what you’re meant to do in your spare time - well, Gaelic sports anyway - it’s not meant to leave you with life-long problems thereafter.

A recent report, published in the Physical Therapy In Sport Journal, and based on the research of Roisín Leahy, Shane Farrington, Enda Whyte and Siobhán O'Connor, suggests the attitude which Hannon held five years ago - wanting to play on when it was in the best interests of his health to not do so - is still prevalent today.

Titled Concussion reporting, knowledge and attitudes in Irish amateur gaelic games athletes, it found that two-thirds of players surveyed played on through their most recent concussion. 46.8 per cent said they would not report a concussion if it occurred during an important game.

Hannon believes attitudes towards concussion in the GAA have improved. Though, he's unsure if the seven-day return to play protocol is enough. 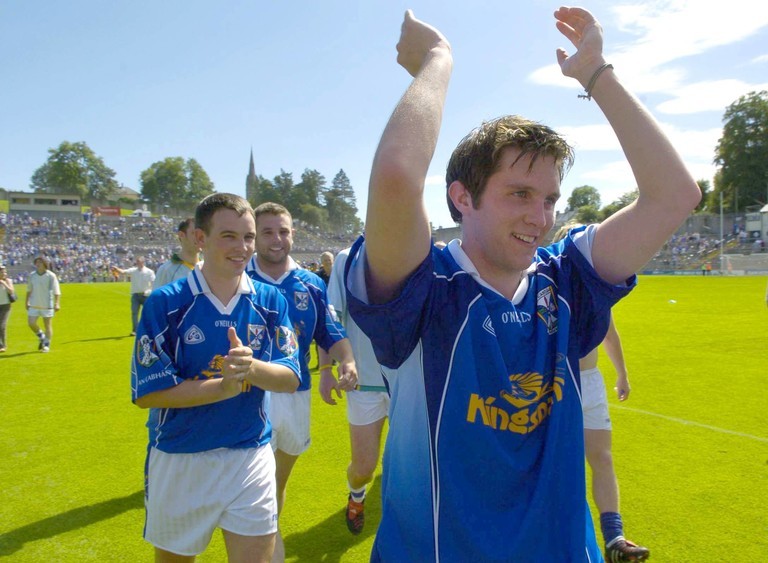 A selector with the Cavan U21s in recent years, he made good on the vow he made after watching that Will Smith flick.

"He got concussed in a nightclub," says Hannon, "a small wee player, jumping around, dancing around; a big fella was beside him and his elbow came down on the wee fella’s head.

"He had headaches for 12 weeks. We essentially ruled him out. He was involved with the panel but we wouldn’t let him train or play based just on the medical advice. "

Hannon still plays club football. Now hyper-sensitive to the symptoms of concussion, he hasn't suffered one since 2014. He plays on having made another promise: One more and he's retiring.

"I suppose I have thought about that a little bit," he says regarding the possible long-term effects of the head injuries he's suffered.

"I remember watching that film years ago and these American footballers have personality changes and all that kind of stuff. I’m still me, I haven’t changed.

"Long-term, maybe, who knows what’s down the line. Anyone of us could end up with dementia anyway. I’ve thought about it occasionally but I try not to dwell on it too much.

"I’m still playing football and I understand the risks.

"My effects were three once-off instances. It wasn’t impacting me on a day-to-day basis. I had three instances.

"That lad who got the elbow to the head, on a daily basis, his life was impacted. I didn’t get that. I just got complete and utter memory blocks and blanks, highly unusual - it’s happened three times and it hasn’t happened since.

"If it was affecting me on a daily basis, I’d definitely walk away."

GAA
3 years ago
By PJ Browne
Sean Cavanagh Opens Up On 'Scary' Concussion Suffered During Club Game
GAA
3 years ago
By Mark Farrelly
Concussion Ends Ryan McHugh's Season
Popular on Balls
Rugby
2 days ago
By Colman Stanley
Keith Earls Shares Story That Captures Andy Farrell's Decency
Football
2 days ago
By Eoin Harrington
Quiz: Name Every Player To Score In A Champions League Final
Football
1 day ago
By PJ Browne
'If He Continues With Performances And Goals Like That, Stephen Kenny Will See It'
Football
13 hours ago
By Gary Connaughton
Portsmouth Likely To Retain Gavin Bazunu This Month Despite Championship Interest