'Every Monday Morning, There's Plenty Of Lads Giving Me Advice - Win Or Lose'

There is a charming enthusiasm to Mickey Graham's demeanour. 15 minutes in his company is like a peek inside the Cavan dressing room door, one which makes it easy to see why players would want to play for him.

"He’s a great players’ man and brings a serious knowledge to the game, very forward thinking. Every player embraces working with him because he’s all about going out and putting on a performance."

Graham's passion for football feels like one on a slow regular release. He's Old Faithful rather than a volcano waiting to erupt.

The former Cavan footballer was appointed as successor of Mattie McGleenan last August and is now 12 weeks on from his first game in charge.

The past four months have been a rollercoaster for Graham, one where he has felt the highs and the lows Gaelic football management has to offer.

In December his Mullinalaghta side - whom he led to three successive county titles - became the darlings of the nation when they upset Kilmacud Crokes to become the first ever Longford team to win the Leinster Championship.

Their progress to All-Ireland semi-final stage meant Graham would have to juggle managing two teams along with his day job as a sales rep for Coca Cola.

It is a time which Graham says was "hectic" but Mullinalaghta training at Cavan's Breffni Park made it logistically easier.

"It definitely was mentally tough but it was a great period of my career and it's one I'll never forget," says Graham, speaking at the launch of a fundraising campaign for Cavan's proposed Polo Grounds Centre of Excellence. For just €100, you can support the building of the new centre and be in with a chance of winning a house in Dublin.

The low is Cavan's all but certain relegation from Division 1 of the National League. In six games so far, Cavan have won just one. That was a healthy victory over Roscommon a month ago Breffni Park. Today sees their final game of the league at home to Dublin. 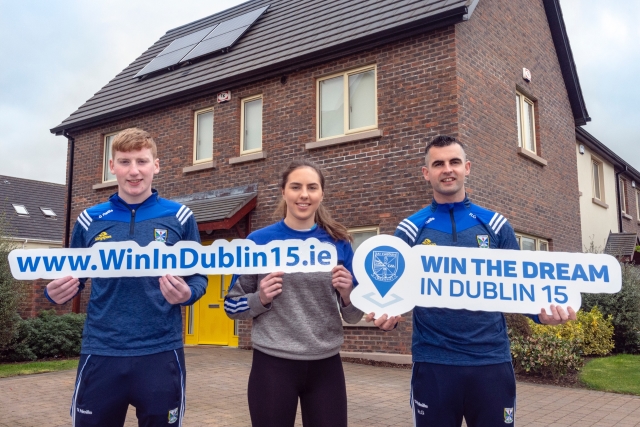 Graham feels the results do not tell the complete story of the Cavan performances.

I thought against Kerry, in our first home game, I felt that we played serious football for about 40 - 50 minutes and it was only in the 68th minute they got their noses in front. It came down to a lack of experience, we just didn’t know how to close out the game and we lost a couple of players.

But also the Galway game in Salthill was another game we could have got something out of, we were down to 12 players at one stage in the second half.

The big teams like Galway, Mayo and Kerry in our first three games were huge games, and we felt that out of the three we could have got something. We had nothing to show for them, we kicked too many wides and gave the ball away cheaply and got punished. You will at that level.

There are mitigating circumstances, Graham believes, for those five defeats. He said prior to the first game of the league that "things will get worse before they get better".  On the surface they did but the new manager knows that in the long-term, they are taking the right road.

"When you're a new manager, you're looking to bring new ideas and players just don't catch onto them straight away. You're trying to bring a different concept to the thing. For the first month or two - even up until now - players are still trying to get their heads around what they want. It takes time, it doesn't happen straight away.

"We're doing it at times, we're just not doing it consistently enough. When we do start doing it consistently enough and players do start to feel what we need to do, then you'll see better performances coming. I firmly believe that will happen. We're doing a lot of stuff right. It's about doing it for longer periods in the game. It's just that players forget about the things we've worked on at times and go back to type. It's about coming back in and doing what we want them to do.

"In between every league game this year, you haven't much time to prepare. I've got my eyes open because you have 101 things you want to do. Next year, I know that I have another four or five months before the league starts to get lads going. They'll know exactly what I'm looking for. Maybe it will not be as long to get them up to speed."

Being on the road with his job around the county means Graham has plenty of interaction with supporters. He's learning how to take the unsolicited guidance.

"Every Monday morning, there's plenty of lads giving me advice, let me tell you - win or lose. That's part and parcel of it. You have to take everything. People in Cavan are passionate about Cavan football. It's a hugely traditional county for football.

"Sometimes you have to take the good with the bad. It challenging times on a Monday morning when you're travelling around Cavan and lads are telling what you need to be doing and what you shouldn't be doing.

"Everyone has an opinion and you have to let them at it."

For just €100 you can support the building of Cavan GAA's new Polo Grounds Centre of Excellence and be in with a chance of winning a house in Dublin. Tickets are available to purchase at www.WinInDublin15.ie.