There are at least two aspects of the game that Declan Bonner and Mickey Graham would agree on ahead of this weekend’s Ulster final.

Neither is a fan of the two one-minute water breaks introduced to football in this extraordinary season delayed by and being played amid a pandemic.

Both are also disappointed that their full panels will cannot attend the Athletic Grounds on Sunday. Inter-county teams are restricted to matchday squads of 26 meaning 10 players from each team will watch the game on TV.

“It's the one part of the job that I don't like: Telling lads that they haven't made the 26 and then also telling them that they can't come to the game,” Graham said during a video call on Monday evening.

“It's not a nice thing to do. I feel for the players. I've been there as a player, not making matchday squads. It's tough enough not making the squad but then not being able to travel and get behind the lads and be part of it [is hard]. They've put in as much work as the rest of the lads that are on that squad.

“I said it to the lads after the last few games: The first person you text after this game are the lads that aren't here. Tell them how much you appreciate what they've brought to the thing. Without them, we wouldn't be able to have the quality sessions that we have.

“They should be allowed to go. An extra 10 bodies in, spread them out, what about it? It's disheartening for them and there's only so many things that you can say to them to keep their spirits up.”

Bonner think it’s “important that the powers look at this and allow these guys to get in on Sunday.”

Regarding water breaks, Graham said: “I don't they are necessary.

“Maybe after the league games and when teams got back up to speed, they should have been done away with because they do break up the momentum of the game.

“If you are in the ascendency, you don't want the game to stop.”

See Also: Davy Fitzgerald Has Cut At Loughnane As He Confirms Wexford Future 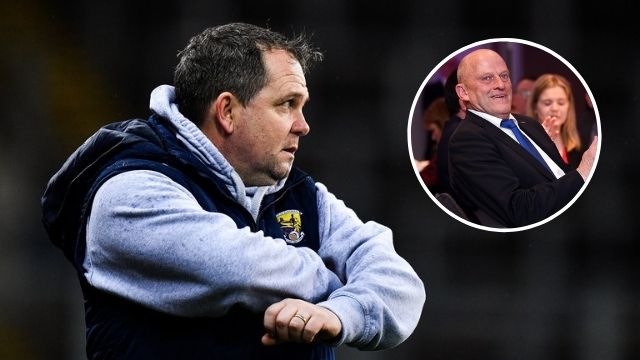