Cavan manager Mickey Graham had to cut his interview with BBC Northern Ireland short, such was his emotion following his side's Ulster final victory over Donegal on Sunday.

"Words can't describe [what this means for Cavan people]. It's just huge. That's all I can say," Graham said before the tears took over, and he had to walk off camera.

Before doing so, Graham had praised his team.

"They gave everything you can ask of a team: Honesty, guts, determination, belief. When nobody else had it, they had it. I'm just delighted for them," he said.

"We knew we had to be on our game for the whole 75 - 80 minutes. We were happy where we stood at half-time. I thought the black cards were harsh. I thought the lads responded seriously well.

"We had a couple of goal chances, we could have pushed on. But, you know what, Cavan are Ulster champions! Who cares?!"

"We felt all week that it was in us," said Galligan.

We felt after the victories over Monaghan, Antrim and Down that we were slowly creating something special.

We said last Tuesday night when we got together that no matter what happens, we're going to leave everything on the field.

We were fully aware that we could not give Donegal the start we gave Down last week. We put massive emphasis on a good start and that every single opportunity that arose, be it a battle out the field, a scoring opportunity, that we would go for it.

Just as it 100 years ago, Cavan will face Dublin in the All-Ireland semi-final. Incredibly, as it also was in the 1920 football championship, Tipperary will face Mayo in the other semi-final after they beat Cork.

"It's amazing how history repeats itself," said Galligan.

"We've had so many unbelievable players and managers that have gone through the system over the last 24 years that unfortunately haven't been as lucky as we have been today.

"Today is for every single player, manager, family member that's from Cavan. It was them that drove us on because they have been starved of days like today. We just wanted to make them proud.

"We knew from the support online over the last week and the backing we got after Monaghan that there were thousands and thousands of Cavan people all over the world dressed in their Cavan jerseys supporting us, screaming for us.

"We knew in the last quarter that every single mother, father and child was at home driving us on. That got us over the line. The support has been relentless for years.

"We had doom and gloom over the last number of months with Covid. Fantastic members of my own parish have passed away. My own community has had a lot of hurt. I hope we put a smile on everybody's face back home today."

We knew that every single mother, father and child was at home driving us on 🗨️@CavanCoBoardGaa captain Raymond Galligan reacts to his side's first #UlsterChampionship triumph since 1997. 🏆 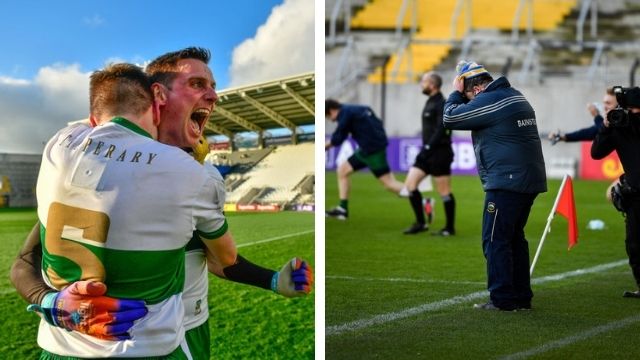