Mickey Harte Has Been Appointed As The Manager Of Louth

We all knew he wouldn't be out of the game for long.

Former Tyrone boss Mickey Harte has been appointed as the manager of the Louth senior footballers it has been announced this evening.

The Louth Twitter account confirmed the news, revealing that the 68-year old was set to come in on a three-year term. Harte will also take charge of the county's U20 side.

Louth GAA are delighted to announce the appointment of Mickey Harte as our new Senior Football Team Manager on a 3-year term.

The Errigal Ciaran clubman is one of the country's most successful managers winning 3 All-Ireland Senior Football titles in 2003, 2005 and 2008 along with an All Ireland Minor title in 1998 and two All Ireland Under 21 titles in 2000 and 2001 with his native Tyrone.

We are also delighted to announce that Gavin Devlin (An All Ireland Minor, under 21 and Senior medal winner with Tyrone) will be joining Mickey as Assistant Manager. Mickey and Gavin will also take charge of the County's Under 20 team.

We would like to give Mickey and Gavin a very warm welcome to Louth and we look forward to working closely with them over the next 3 years.

Special word of thanks to our sub- committee of Peter Fitzpatrick, Bob Doheny, Sean McClean, Aidan Berrill and Francie McMullen for their hard work over the last few weeks overseeing this appointment.

Harte ended his 18-year stint in charge of Tyrone earlier this month, with the county board deciding against offering him a one-year extension.

He will now take charge of Louth, who will operate in Division 4 of the National Football League next season.

SEE ALSO: Canavan Calls For Cavan Vs Dublin Semi-Final To Be Played At 'Neutral Venue' 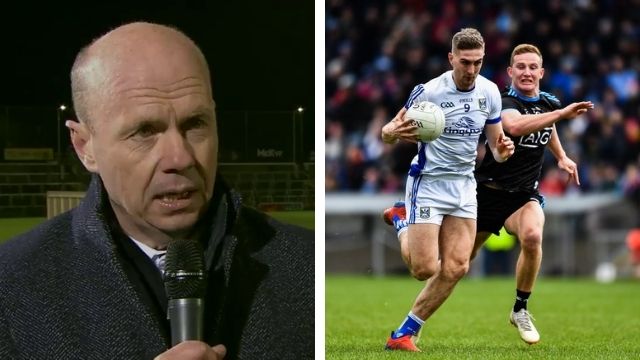