Mickey Harte believes that the GAA is already too late to market the Tailteann Cup properly for its inaugural season. The second tier football competition, which was initially scheduled to have its first edition in 2020, is due to get under way later this month.

"It's nearly too late to market it well now," Harte, whose Louth team will play in the Sam Maguire qualifiers, told BBC NI.

"I don't think it has been made an attractive event for them. We've really missed the boat this time. [Marketing] should have started when it was mooted in the first place."

Harte was speaking on Sunday after Donegal defeated Cavan in their Ulster semi-final. The result means that 18 months on from winning the Ulster Championship, and playing in an All-Ireland semi-final, Cavan will not compete for Sam Maguire this season.

"The marketing of the Tailteann Cup, that's where the likes of Croke Park can come in and do managers like Mickey Graham a massive favour by really promoting the competition, having a separate All-Stars, and putting the game prior to the Sam Maguire competition, [and then] he'll have no problem keeping his squad together, keeping players focused," said Peter Canavan.

"You want to see players. We want to see more of the quality of James Smith, Patrick Lynch and these boys."

"For the first year, definitely, if it's done right, I think players will buy into it. I think the Cavan squad would have all the hallmarks of buying into something like that." 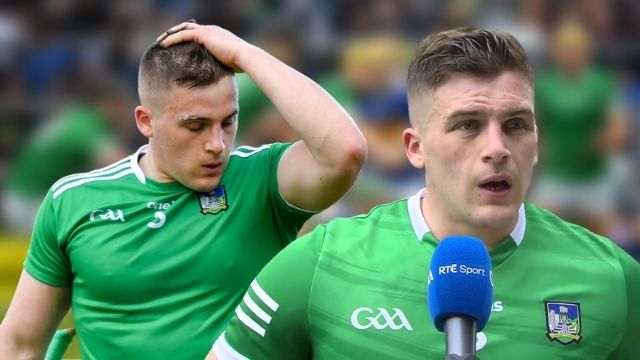 GAA
3 days ago
By PJ Browne
'I Had Some Troubles In My Later Teens. GAA Wasn't A Big Thing For Me'
Previous Next