From the moment Dessie Hutchinson returned to training with Ballygunner three years ago, Mikey Mahony spied the physical advantages accrued by his years at Premier League club Brighton.

"I remember he kind of came in for a couple of trainings in the lead-up to the Ballyhale game [in 2019]," says Mahony, "and you could see that he was a complete professional in terms of how he was built. He just had that extra yard of space that amateur athletes maybe didn't have."

Hutchinson retired from professional football aged just 22, and focused his sporting energy on hurling. Since then, he has become a key part of the Ballygunner and Waterford teams.

"Of course he's progressed massively," says Mahony, "and I'm sure even being inside with the Waterford squad and things like that has benefitted him too. He was probably exposed to a lot of big days in Croke Park as well which has helped him coming back to us also.

"It was a massive addition having Dessie come back from Brighton. I think Brian O'Sullivan actually stepped away the same year that Dessie came back. So we've been lucky, we had one of our best inside forwards leaving and obviously Dessie's proved to be a top inside forward as well, so it was kind of almost a like for like swap.

"Any ball you can kind of get into him, something nearly seems to come off it at this stage, so it's great." 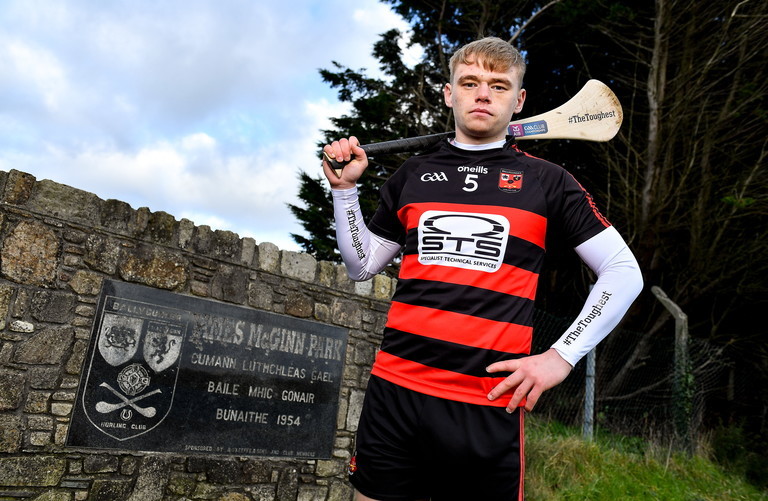 On Sunday, Ballygunner face Derry and Ulster champions Slaughtneil in an All-Ireland semi-final at Parnell Park, three years on from their last appearance at this stage.

Mikey Mahony will be one of four players with his surname on the teamsheet. Older brothers Philip and Pauric will be there too, along with younger brother Kevin.

"They'd be the first people to tell me now if I wasn't pulling my weight or doing something right," he says about the influence his older brothers have had on him.

"But I think more so just seeing what they're doing every day, eating the right foods, going to bed at the right time. The way they're talking to each other and talking to me, being able to read off them, how to perform at the highest level, is obviously a massive advantage for me and I'm sure for Kevin as well, to see first hand in front of us.

"From a personal point of view, I'm lucky enough not to having been out [injured] so I've always nearly being playing when they've been absent.

"I think this year, especially when the two of them were missing for large parts of the championship - Pauric wasn't back until quarter-finals of the county and Philip wasn't back till quarter-final of the Munster - it gave me the opportunity to step up a bit more and take a bit more responsibility upon myself, perform to a higher standard. I think as a forward line in general, we all had to step up, and I'm sure the backs were the same without Philip.

"Maybe that's kind of the difference in getting us over the line, our youngers guys now are more experienced and the experienced guys have obviously been through a lot as well."

A clever layoff from Dessie Hutchinson helps Ballygunner get their second goal of the game!#GAABEO #TheToughest

This Sunday, January 23rd, sees another weekend of thrilling club action in store in the AIB GAA Club Championships as the final four teams remaining in the AIB GAA Hurling All-Ireland Senior Club Championships prepare to lay it all on the line for a place in the final at Croke Park. The first of the semi-finals will get underway at 1:30pm when Waterford champions, Ballygunner face Slaughtneil of Derry at Parnell Park, Dublin, while it's a 3.30pm throw-in for Galway champions, St Thomas' against current holders, Ballyhale Shamrocks of Kilkenny at Semple Stadium, Thurles. Both games will be broadcast live on TG4, with coverage of the first semi-final getting underway at 1pm, while coverage of the second semi-final will start at 3:10pm. 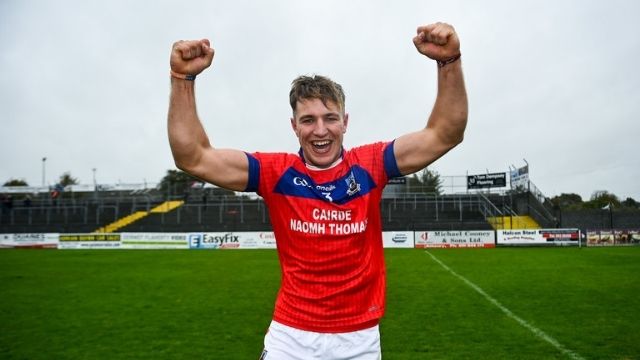