Another day, another team caught with their pants down. Or collective training. Allegedly. The Monaghan footballers joined their Dublin counterparts as taking pride of place on the front page of the Irish Independent this morning with news that Gardai are looking into a video of the team training in Corduff GAA Club.

Monaghan GAA conducted an internal investigation after the news broke this morning and decided to give manager Seamus 'Banty' McEnaney a 12-week suspension. Their statement said:

Resulting from an internal investigation, our senior team manager, Seamus McEnaney, has admitted that this was a serious error of judgement and apologies unreservedly for the indiscretion.  The County Management Committee have suspended the Monaghan GAA Senior Football manager, Seamus McEnaney for 12 weeks with immediate effect and will fully cooperate and comply with any Croke Park investigation.

Earlier in the year, sanctions were handed down to Cork and Down for their football teams meeting in defiance of GAA rules and government Covid restrictions. Last week, Dessie Farrell received a 12 week ban after photos of a number of Dublin players training emerged. At this stage, you'd struggle to be surprised if news came out about any other county's football or hurling teams.

While there are legitimate arguments about the nature and fairness of the rules banning training of intercounty teams, for a few more days anyway, there's no doubt the GAA will be furious with these breaches. The Association has done their best to remain good soldiers in the war against Covid in recent months, even after surprisingly losing the elite status for intercounty teams. Their quest to have games reinstated is almost afoot, and they certainly don't need these kind of stories in the national media on a regular basis.

The question is, in the prevailing culture of GAA teams, is this any surprise?

For years now, GAA teams have been governed by myths and legend about what the other county or club is doing. If a manager wanted his team to run up a mountain at 5 o'clock in the morning, you can be sure he was telling his players that they need to get the edge on the team they were meeting in the first round of the Championship, who only get up at 6am to climb that mountain!

In the battle between following the rules and gaining that edge, only one side is going to come out on top. If you assume everyone is at it, are you really doing all that much wrong?

Let's face it too, this all exists in a infrastructure where bending the rules is almost a given. In 2012, GAA Congress voted against both the paying of managers and upholding the amateur status of the organisation, instead opting for a status quo option of under the table payments. The enforcement of the winter training ban in the late 2010s was scrapped because it was proving impossible to police.

So far, the punishments handed out by the GAA for breaches in the training ban have been to individuals, the county managers, namely Ronan McCarthy, Paddy Tally and Dessie Farrell. Who's to say Banty McEnaney didn't see a similar ban as a price worth paying to make sure his team wasn't behind the curve when the season does start? In Ulster, GAA training is set to resume on April 12th. For Ulster rivals in the Republic, like Monaghan, the date is April 19th. Is that extra week putting the fear of God into managers who would normally have months of work done at this stage?

There's a fear and paranoia at play in the GAA that creates a self fulfilling prophecy. If every manager fears their opponent is getting an edge by training on Christmas Day, or at 4am, or in breach of the Covid ban, and is adamant they won't be found wanting and embarrassed come Championship, this merely feeds the culture.

Nobody is surprised by these revelations. The horse has bolted long ago. Going back to playing by the rules is as much myth and legend as your rival's training regime. 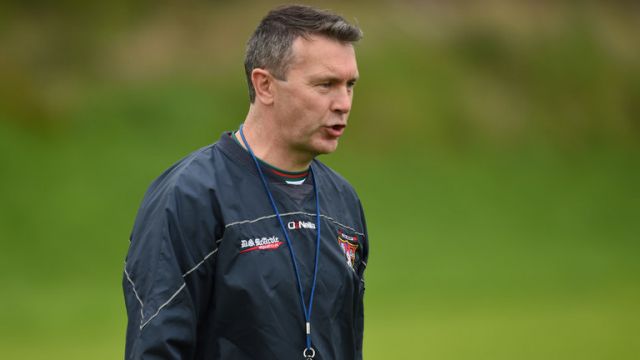