More Than Ever, We Need Mícheál Ó Muircheartaigh's Voice In Our Lives

The voice of the summer is mourning its absence.

In the ten years since he stepped away from inter-county broadcasting, Mícheál Ó Muircheartaigh had built the perfect GAA life. The Kerryman had always maintained he never missed the games post-retirement because he just kept going to them.

For generations, his consolatory commentary was synonymous with championship exertions. A career that started simply in 1949 with the Railway Cup final finished fittingly in 2010 amidst a storm of tributes and appreciation.

Competitive GAA action and a veteran commentator; one belonged with the other. 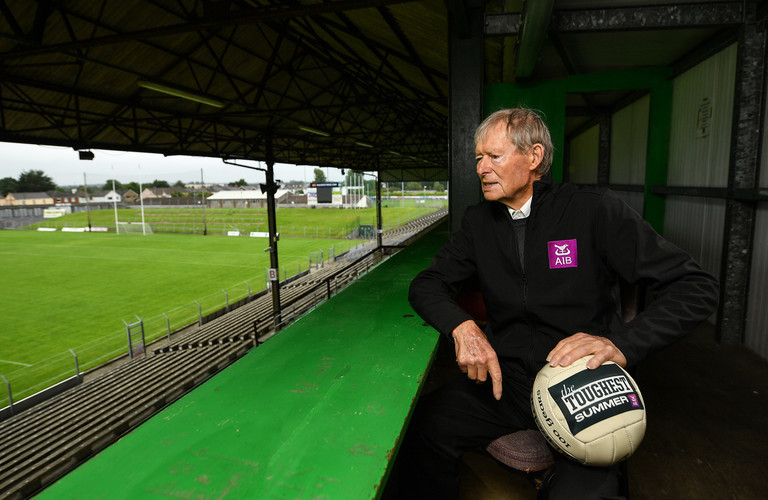 For the first time in over 70 years, that is not possible.

"Like lots of people, I was looking forward to the great summer of hurling and football and racing," he says.

"Nobody could ever visualise this. No one could even consider it. Something would destroy sport and other pastimes for a long spell. But, it has come. 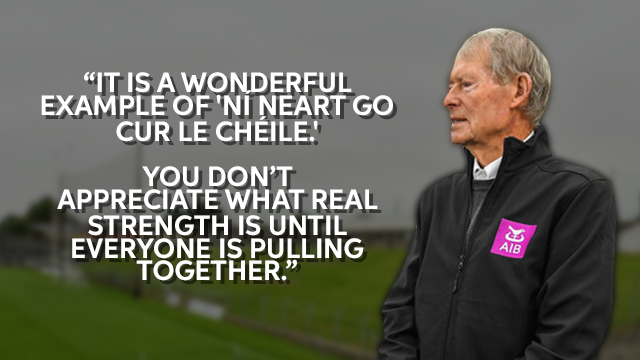 Ó Muircheartaigh is speaking ahead of Chapter Four of AIB’s 'The Toughest Summer,' a documentary which tells the story of Summer 2020 and the unprecedented halt of Gaelic Games. Chapter Four - available on AIB's YouTube channel from 1pm on Thursday 13 August - features one of Cusack Park's most famous stalwarts, Pádraig Mac Mathúna. For Pádraig, Mícheál and many people like them, those games were not an isolated event but a focal point. Fuel for the week.

"I miss the games. All along in my mind, I know I was going to broadcast the games, but I was going to a game. Nobody is certain of anything until a game is over. It was great to look forward to them. People like to talk about it. As a race, we’d hate if they run off an All-Ireland in five or six weeks. You wouldn’t have time to discuss all that is to be discussed.

I remember one time I was down in Mayo at a Connacht championship final that they won. It was a replay. They were to go to a semi-final. Later that evening I met a friend of mine and started talking about the match.  I realised we were an hour and a half talking. 'I’ll have to head off now.'

His reply was ‘isn’t it an awful pity we have only one week to look forward to it.’

"People would be looking forward. Trying to figure out what will the team be. 'Will there be changes? Did you hear anything? I hear there are a few good young fellas.' The same in every county. Looking forward is part of it. It is not just something that starts at half three and finishes at five. The build-up is important, so is the build down after it.

"To be faced with a year with none of that, nothing. I haven’t seen a Kerry player since the month of February. There are lots of people like me. We are taking it nice and easy. You have to be patient, there is no point worrying about it. Worry solves nothing." 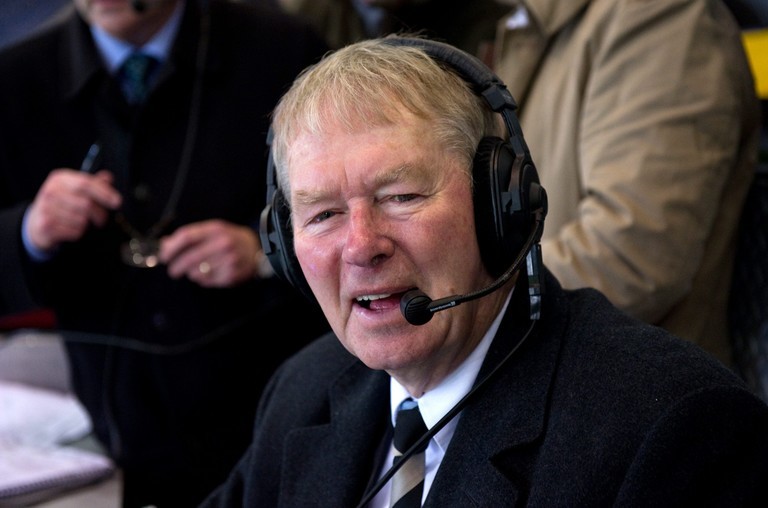 The day will come when we can once again collectively journey to a game. It is that journey that he lives for. Mixing and mingling.

With a typical anecdote and unmistakable rhythm, Ó Muircheartaigh explains why it means so much.

"Con Houlihan lived in Dublin but I know on occasions Con would go down to Kerry to come up to the final. He had sympathy for Dublin people, real sympathy. They never have to go to an All-Ireland final. Going is part of the ritual. Back to the time of the ghost trains.

"My father used often speak of the ghost trains. They left at maybe midnight, a train from Dingle into Tralee. They’d have to change there, the line went no further. Get the train heading for Dublin. The ghost train during the night.

"It would wait until a train for Caherciveen came in and a train from North Kerry came in. Then through the night, the ghost train would make its way and it would be near morning by the time it arrived.

"There was no coal; they used turf. They’d get there and they’d be talking forever about Croke Park. Sigerson Clifford wrote poems about it. The stories that came out of it. You always want to get views from other people."

Despite the current difficulties, the cheerful that defined his commentary remains steadfast. In fact, small celebrations are imminent. Next week marks a significant milestone for the Ó Muircheartaigh household. On the 20th of August, Mícheál will turn 90. 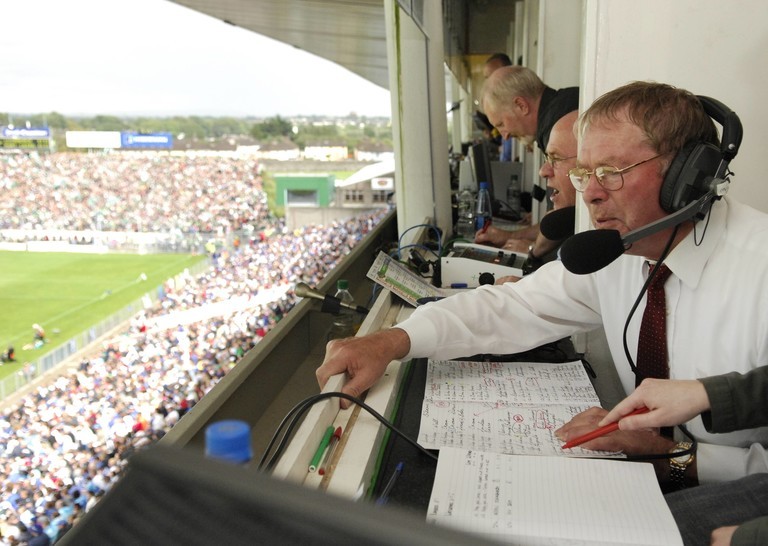 For his 80th Birthday, he climbed Mount Brandon with his friends and family. A similar venture is currently being considered.

"I never took much notice of Birthdays really.  You’d never know I might face down Mount Brandon before the week is out. Might go down to come up. The road goes both ways."

Mícheál Ó Muircheartaigh is sustained by a deep sense of optimism yet it is not blind. This is merely the natural reaction when he looks around at the current situation and Irish society's response to it.

A unity that has him in awe.

"The toughest summer of all time. The people that are involved, in the hospitals, all the places people are doing what they can. It is a wonderful example of 'ní neart go cur le chéile.' You don’t appreciate what real strength is until everyone is pulling together.

"That is the spirit that I find people have. We will fight this together and we will win. There is one thing I always advise people. I spent a while teaching a long time ago.

I used to always say 'dóchas'. Have hope every day. Be looking forward with hope dominant in your mind. Things will be better. Look forward. That comes from an old Irish prayer my grandmother used to say:

'Dúiseacht le dúthracht le breacadh an lae.'
Wake up in the morning with enthusiasm for the day ahead.

'Twas a great idea. There is a new day ahead. Don’t be worried about it. Hope it will be a great day, it might even be the greatest day you have ever had. If it is not, a great one will come.

"It is not only a poem. It is a prayer as well. I think about it often. Especially with GAA. Before a match, I always hope it will be the best game I ever saw."

SEE ALSO: 'Sport Has always Been An Outlet Regardless Of How Stressful The Job Has Been'

Hurling
7 hours ago
By Balls Team
A Tribute To Offaly's Greatest Fan, Mick McDonagh
GAA
12 hours ago
By PJ Browne
"That's One Of The Photographs I Have At Home On The Wall"
GAA
1 day ago
By Gary Connaughton
Watch: Tyrone Player Facing 12-Week Ban For Touching Match Official
Popular on Balls
Rugby
15 hours ago
By Maurice Brosnan
The Fascinating Reason Aussie Legend David Pocock Spray Paints His Boots
3