There were eight minutes of normal time left to play in Sunday's Wexford Senior Hurling Championship final when 41-year-old Mossy Mahon stepped off the bench to replace his nephew Ryan Mahon.

The elder Mahon took over the free-taking duties, and scored three points, as Rapparees cruised to their first Wexford SHC title win since 1978.

Sunday's decider against St Anne's was the Rapps' first Wexford final in 20 years. Mossy Mahon played in that 2001 defeat to Faythe Harriers.

"People are finding it hard to put it into words, including myself.

"That's the third one I've played it. I've lost in two, and had to wait another 20 years to get back into one. Thanks be to God, we've won this one.

"The buzz around the town for the week was incredible. I've never seen it as good. I've never seen so many different people getting involved, getting behind us, getting the colours out. It was something special for them to do that." 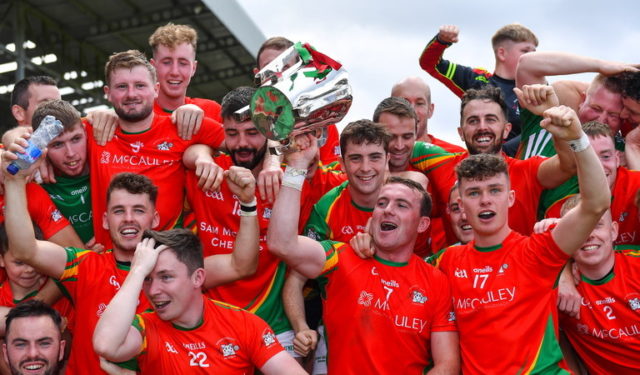 Mahon said that "just believing the whole time" is what has kept him playing in his 40s.

"That's why I keep coming back. I'd find it hard to pack it in. Mentally, I'm always wanting to win. I hate losing. Anyone that knows me will tell you that. I'll just keep battling on. Maybe someday, when I can't walk, I'll retire. That's the way I look at things."

Victory for the Enniscorthy side was built on six goals, three scored in the first half, and three in the second.

"The amount of work he gets through in training... he puts in all out there in the match. He started it off with the first goal. After that, we had a seven or eight-minute period where we got the chances, and took them well. That really put the icing on the cake just before half-time.

"Sometimes, when the second half comes, you can let it die down, but these lads are special. They're used to winning football medals, soccer medals, rugby medals. That's why we're county champions for 2021. "

At least 12 of the panel which won Sunday's hurling final will line out for the club's football section, Starlights, when championship action gets underway in a fortnight.

"We'll have a week of celebrating," said Mahon.

"At the end of the day, it's 43 years, we'll have to celebrate. You could try to keep it down, but it's going to be emotional. We'll concentrate on football the week after." 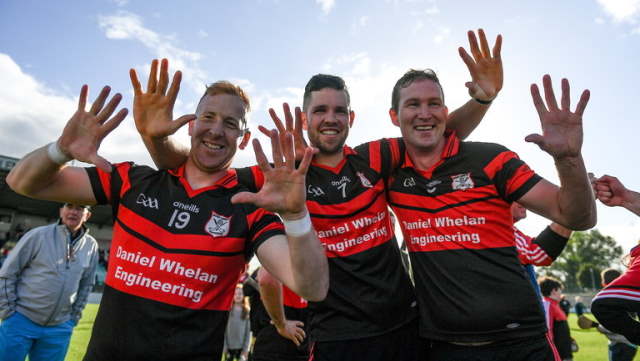