While Gaelic football has a long and storied tradition in Kerry, not all clubs have around to experience all of that success. Na Gaeil was only founded in 1979, becoming the fourth club in Tralee.

The club was founded in order to cater for the growing number of youngsters wanting to play the sport in North Tralee, with a senior team also set up. While they would experience some success plenty of success in the intervening years, including reaching the top division of the league, they would not win their first Junior county title until 2019.

Now they find themselves in the All-Ireland Junior Club final. Wexford's Rathgarogue-Cushinstown will be in opposition for Saturday's final.

Their manager, Donie Rooney, knows exactly how far the club have come, having started playing for them at five-years old. He says it's been some journey:

From the top of my head, the club was founded in 1979. I’m 40 and I only stopped playing in the past couple of years, but we have one man, Paul Daly, who is part of the panel and was born before the club was founded. He’s 43 and came on in the county final and played in Division 1 of the league for us this season.

I first went down playing for the club when I was five. The grounds at that stage was just a field in an estate but it was grown and developed over time.

We have had reasonable underage success and that has driven things on too. We were Division 4 of the league four years ago but now we’re up in Division 1 alongside the likes of Dr Crokes and Austin Stacks.

With three strong clubs in the town of Tralee in Austin Stacks, Kerins O'Rahillys, and John Mitchels, Na Gaeil were often viewed as a bit of a minnow. They would often lose their best underage players to their neighbours at adult level, although that tide has turned in recent years.

In Jack Barry and Diarmuid O'Connor they have two of the brightest young stars in the county. This level of success may be new to the club, but Rooney said everyone is enjoying finally getting a bit of the limelight.

"We have always been seen as a minnow club out of the four in the town. The other three have a history of success in the county senior championship, although maybe not as much recently," he explained.

"For us to get a bit of the limelight and attention is great for the club. We have people doing songs and I think they were singing it in the national school during the week for TV.

"For the management, we just want to try to stay focused and control what we can control.” 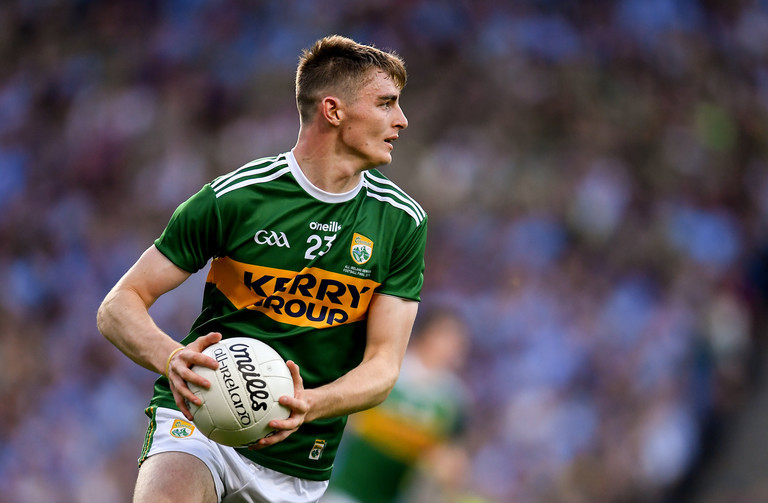 They have been knocking on the door for a while. In 2018, they would lose the Junior final by the slimmest of margins, coming out on the wrong side of a one-point deficit against Beaufort.

Despite this, Na Gaeil had ambitions beyond a county title at the start of the season. All-Ireland glory was the goal, and it would be a dream come true for all those involved who have watched the club grow beyond recognition in recent years:

We didn’t so much have a focus on winning the county, but we talked in that first meeting (in January 2019) about winning an All-Ireland — that was our goal. We have a strong panel and we felt that that was realistic...

I could answer you maybe a few hours after the game! We’re the same as any club or any fella pulling on a pair of boots for the first time, you dream of getting to Croke Park and winning there with your club.

We’re no different. It would mean a lot. So many people put so much work into the club, the club has grown, and hopefully it will continue to do so.