Naas progressed to the quarter-finals of the Leinster Senior Club Football Championship with a one-point victory over Tullamore in Newbridge on Sunday.

Late in the game, it looked as though it would be the Offaly champions who would progress to the next round. Deep into injury time, they held a two point lead. However, Naas scored a freak goal to claim the victory.

In the 64th minute, Darragh Kirwan's shot from the edge of the large rectangle was saved by Tullamore goalkeeper Corey White and the rebound fell to his teammate Aaron Leavy. Kirwan had not given up hope of grabbing a decisive score, and from his block of Leavy's clearance, the ball rolled to the net.

A brilliant end to the game. Naas advance to the quarter-finals! pic.twitter.com/37DdjMMqGO

The goal put Naas ahead, 2-11 to 3-7. They will play Wicklow champions Blessington, who defeated Mullinalaghta on Sunday, in the last eight.

"It was similar to two weeks ago in the [Kildare] final," Naas captain Eamon Callaghan told KFM.

"It was chaos for the last couple of minutes. We just never looked like getting a goal really there. It was gone from us.

"After their blitz, they got two goals in two minutes. We probably had six chances of scoring a goal when we were only three points down. We missed all of them. They dropped short, nothing was going for us.

"Then one lucky break at the end. Missing the initial shot, and just getting the rebound and blocking it in... It was something I've never seen before anyway."

Forward to the 2:40 mark below to watch the goal.

Conor Lehane: 'That Kind Of Selfishness Had To Leave, It's Something That Held Us Back' 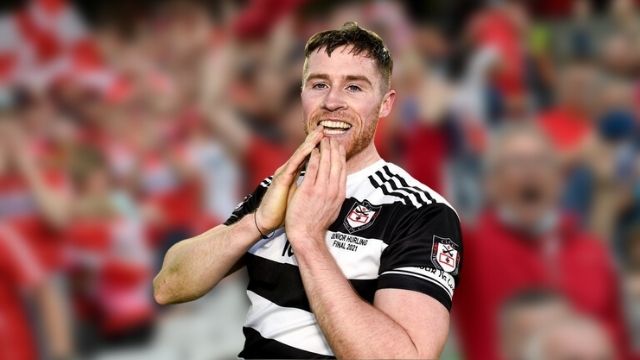