One of my favourite sketches ever is D'Unbelievables' mass skit, where two buckos spend most of the celebration discussing their plans for the day, which of course completely revolve around the local GAA team.

''What time are you hoping to be up at?'' asks Pat Shortt's character, in relation to the day's match. Kenny replies 'Herself has the dinner on for half 12,'' before rhyming off the litany of different types of spuds they'll be having, and finishing with 'We're havin' roast beef, jelly and ice-cream, sweet cake ... no tae, no wash-up; straight out the door!'

His planning has nothing on Shortt though. He replies ''Arra' we said we'd have a clear run at the day. So we had the dinner this mornin' at half 8.'' 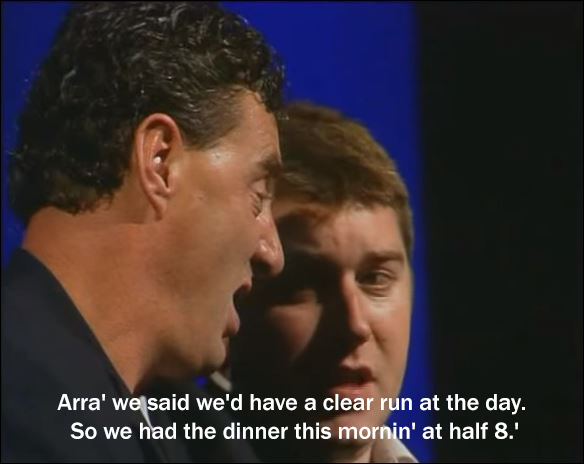 I've lost count of the amount of times we've had the dinner in the AM, before setting out on some trek across the country for a GAA match. Last weekend the journeys began again. 33 counties, all 'going fierce well in training' and 33 sets of fans planning their leisure time around football and hurling.

With our new podcast 'The So-Called Weaker Podcast' we're hoping to explore the Allianz Leagues from a different point of view, focussing on the counties that don't get the coverage they may deserve. With so much media attention centred on Dublin, Galway and the teams that dominate Division 1 and Division 1A, there are so many stories that go untold.

It doesn't matter if you're the Dublin footballers or the Warwickshire hurlers, every team has its own passionate fans, its own hopes for the year and its own tale to tell.

In our very first episode we chat to Carlow defender, Daniel St Ledger about the rise of Carlow football, the mood in the camp and the ridiculous situation that transpired in Ruislip on Saturday, when their match with London featured four London based umpires and London based linesmen.

''I found it astonishing that something like that could happen,'' said St Ledger. ''If Dublin and Kildare played at the weekend, imagine if four Kildare officials came out to do that game?''

We also spoke to Offaly legend Daithí Regan about his county's demolition of Dublin in the first round of the Allianz Hurling League, and previewed some of the best ties of round two in the lower divisions of both football and hurling.

You listen below, or subscribe and rate us on iTunes, Spotify or whatever your podcast app, by searching 'Balls.ie Podcasts'. Make sure to get involved with the show by tweeting us, emailing [email protected] or sending us a WhatsApp on +49 15792372757. If you're at any games let us know your thoughts and we'll feature them on the show!