A Fright On The Pitch, Trouble Off It: Leitrim's Unforgettable 2003 Trip To New York

As it happened, Leslie McGettigan was the New York manager at the time. He had played against me in the 1982 All-Ireland schools semi-final, Jarlath's against St. Mel's. He had emigrated and had a couple of bars over there. He had all the bases covered for that match and I'll tell you, I don't think I've ever gone through an hour-and-a-half of such tension.

Leitrim's 2003 trip to New York was a journey into the unknown. It was the first time the county had faced the Stateside exiles in the Connacht Championship. New York had only been dropped into Connacht four years earlier. For the first three seasons, they travelled to Ireland before switching to playing the fixture at home when facing Sligo in 2002.

The game against Leitrim was notable for being the closest New York had come to winning a Championship game. A day after the final whistle, another reason for it becoming memorable would develop.

"It was my second year in the Leitrim job and there was definitely a feeling in New York that they could take Leitrim," tells Declan Rowley.

Not leaving anything to chance, Rowley - a Longford man who is now principal of St. Mel's College - went on a reconnaissance mission during the Halloween break six months before the game.

Galway had won the FBD league and the reward was a trip to States to play New York. Rowley tagged along with John O'Mahony and Co. to work out the logistics of the trek. He had to scout for accommodation and also a spot to train.

Rockland GAA Club, which is north of the city, was selected as a base. The presence of numerous Leitrim expats in the area meant that though they were heading into the lion's den, at least there would be tea and coffee on arrival.

The recce reinforced Rowley's belief New York were targeting the game. The team was training hard and though the line-up which faced Galway would differ from the one Leitrim were likely to play in the championship, he got a decent sense of the opposition.

"The logistics of the trip, that's awful important. It's not easy for lads to leave their job on a Wednesday evening and then head off to New York to play a match, arrive back and not drop your guard somewhere along the line." 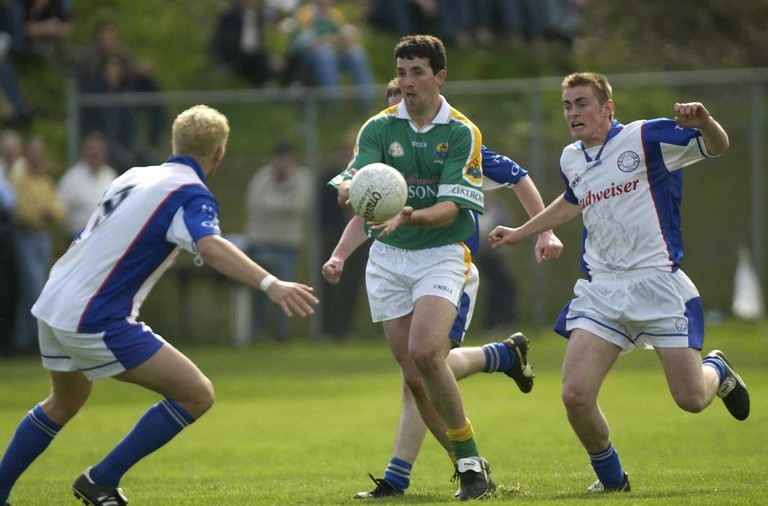 Leitrim arrived in New York on the Friday before the game, staying at the Hilton Pearl River not far from Rockland's pitch.

The trip was a serious one for the panel but it was about more than the game for the Leitrim people resident in New York - it was a celebration. That was a distraction Rowley and his players could have done without.

There was this fantastic group of people in New York celebrating the Leitrim team coming over. That would be fine if you were coming for an exhibition but we were coming for a Connacht Senior Championship match.

There was a lot of young lads on the panel as well. You're trying to make sure that they don't get carried away with the trip because at that stage it was very unusual to be travelling as a group and playing a championship match.

"Kevin Lily was the best Irish-American footballer over there at the time. I remember my brothers would have talked about him and they would have said that he'd have made any inter-county team in Ireland at the time.

"You know, when one of these players arises, everybody knows about them for seven, eight, nine years that he is the best footballer playing in New York. He was a super player."

One of the New York selectors happened to be Manorhamilton man, Frank Brady. He was teaching at a local university and though his feet had been on American soil for 25 or 30 years, he still had an inside line on the Leitrim team which Rowley did not possess on the Yanks.

In normal circumstances, a familiarity with a pitch could be the difference between two closely matched teams. Gaelic Park was far from normal. If Páirc Seán Mac Diarmada back in Carrick was a Formula One track, the New York surface was more like a tight, windy botharín. The New York players knew every bump and pothole. Gaelic Park was their Croker.

"Gaelic Park, it was so unpredictable," said Rowley. Unlike the astroturf surface of the Bronx ground today, in 2003 it was grass - or at least it was supposed to be. In places, it was more barren than the Burren, a little bit of the Mojave down the road from Manhattan College.

"It was a real pitch back then. The problem back then - and I had played in New York earlier when I went out there during summers and stuff - there was no grass.

"It was actually just a pitch that had no surface and there were several areas of it that were actually completely bald. The ball would hop all over the place. 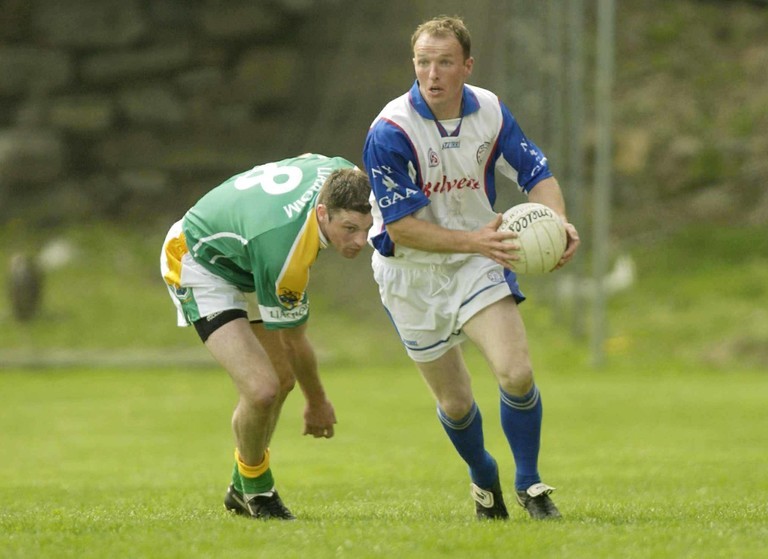 Rowley got a sense that New York were setting a trap, no concessions were being made. Little which could be of benefit to Leitrim was allowed - that included access to the pitch prior to the morning of the game. The ambush was on but walking into it was the only option.

"It was a hot day and the crowd were milling around - there were probably 4,500 - 5,000 at it. It was a carnival atmosphere type thing and it was awful easy for lads who were travelling out there to get wrapped up in that and suddenly, it's over before you know it. It definitely was a cauldron, it was an absolute cauldron."

The game itself was a tight affair - the closest the GAA have ever come to having to smash open the 'Break In Case New York Ever Win A Championship Game' emergency box that's sitting in a drawer somewhere in Croke Park. Tom Ryan may already have the hammer sitting on his desk in anticipation of Sunday.

'Leitrim Get A Fright' was the headline for the Irish Times report of the match. Fright doesn't cover the emotions Rowley must have gone through.

New York took the game to Leitrim from early on. There was just a point between them at the break - there would be nothing between them 35 minutes later.

Padraig McLoughlin, who had been coaxed back onto the panel by Rowley, kicked a point late in the 70 minutes to take the game to extra-time.

He was key for us at the time and I had worked hard to get him back on the panel. He had come into the twilight of his career. He etched out three or four points from play that day and it was the difference between winning and losing that game.

Two players would see red cards from the referee, Seamus McCormack: Kenny O'Connor on the New York side and Seamus Quinn, the only remaining link to the 1994 Connacht Championship winning team, for Leitrim.

In extra-time, Leitrim edged the game by two, 0-14 to 0-12, with McLoughlin and Shane Canning kicking the scores which made the difference.

"I remember running along the pitch and the linesman, who was obviously over from Ireland, he said, 'It's nearly over. It's nearly over' as if to say to me, 'Well, Jaysus, let's get out of here with all of our lives'.

"It wouldn't have suited anybody for New York to win because New York they wouldn't be able to bring over the team because of maybe illegal situations. Then, the Connacht Championship would take a dip in terms of finances if Leitrim were knocked out of it.

"There's a huge problem there because of illegality - lads not being able to travel. It's that one shot. It's their All-Ireland final at the end of the day. They're not going to go any further but they're just looking for that one win."

Later that evening, a Gala Ball was held by the Leitrim diaspora. According to former Leitrim player, Colin Regan, writing for the Irish Echo, there were more 1,000 people in attendance.

"I remember after the match being so drained," recalls Rowley. "There was such a crowd at the banquet but yet it was all relief really to get out of there and back to Ireland with the win.

"There was that fear that you're going to be the first manager to arrive in New York and lose. It would always be on your record and on the Leitrim record.

"The tension, that's what was holding back the Leitrim team in the sense that the fear of losing was greater than the will to win at that stage." 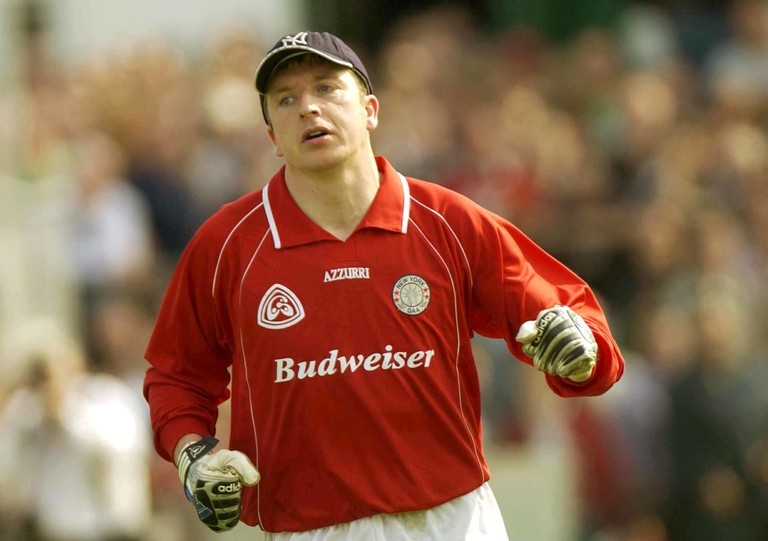 Though the drama of the game was over, the story from the trip which would steal the headlines was yet to happen. Scheduled to fly out of JFK on the Monday evening, the panel headed to JP Clarkes - a bar owned by Leitrim man Seamus Clarke - for a barbecue before making their way to the airport.

The New York team were sponsored by Budweiser, a curious brand name to be emblazoned on a championship jersey. "That's right," laughed Rowley as he remembered the blue and white strip before adding, "Our lads definitely bought into it afterwards".

The beer flowed and unfortunately for Leitrim player Ciaran Murray, so did some ill-advised words at JFK.

"I suppose with lads having been out all night, number one and being totally dehydrated and then heading off for something like this, then heading to the airport. Remember 9/11 was not long after happening.

"Then we realised that one of our lads was after being arrested and was basically being taken away." 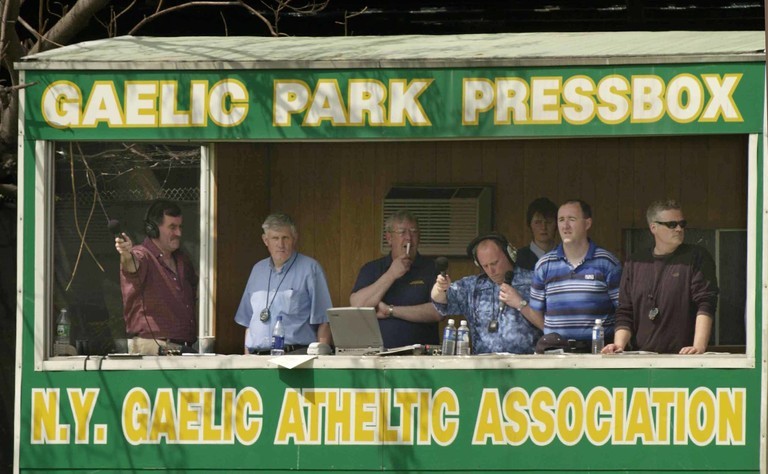 At the airport, Murray joked to staff that he had a bomb in his bag. 20 months after the events at the World Trade Center, a dim view was taken of his gag. He was arrested and remained in New York while the rest of the team flew back to Ireland.

Murray was later released and followed his teammates home. Though, he would have to return to New York for a hearing. He would be fined $250 along with receiving a sentence of 70 hours community service.

"It was very unusual. Once we got out of there, it was like getting out of Istanbul for a European Cup match.

"There was massive media attention in Ireland because we were back training on the Friday night and journalists and news and everybody was looking for the story.

"It was frightening, very frightening because it was a typical Irish sense of humour coming up against a situation where people didn't really understand 9/11 and the fear that was in New York at the time. It was a complete overreaction from the authorities but also understandable.

"Lads are after having a few drinks, they're on a high after winning and they're on their way home. It's a throwaway comment that ends up a bit of a disaster."

Leitrim's summer would last just two more days out. They took the game to Galway in the Connacht semi-final in Carrick-On-Shannon. Though they built a healthy lead early on, playing ball with the weight of fear lifted from their shoulders, Galway would eventually run out winners by nine points.

"We should have beaten Roscommon," says Rowley about the qualifier game which followed. "We lost to a late goal that they got with time added on."

The trip to New York had ended with Ciaran Murray being pulled from the group by the airport authorities but overall it had brought the team closer and helped them come within minutes of taking a qualifier scalp.

"We learned a lot and we galvanised a lot and I think that's what will happen with Leitrim [this year]. You go out there under that pressure and it does tell and but it does help down the line if you can come out of it."