Niall Moran believes that neither Galway nor Kilkenny have what it takes to win this year's All-Ireland Hurling Championship.

Galway defeated Kilkenny by a point in the Leinster Championship on Sunday. A last second free from Conor Cooney was the difference between the sides. Just moments earlier, John Donnelly had scored an equalising goal for Kilkenny.

"Kilkenny were well and truly outclassed for a major part of [the game against Galway]," former Limerick hurler Moran told 2FM's Game On.

"Yet, when you look at the scoreboard there was only three points in it and the game nearly up. Like the [All-Ireland semi-final] against Cork last year, the repeated the trick [of scoring a late equalising goal], the only difference was that the ref added on 30 seconds.

"They are two very good teams. Are either of them capable of winning an All-Ireland? I don't think so, just yet.

"Credit to Henry Shefflin. He has integrated a number of new players in that Galway team. That takes time to bed in.

"It will be an intriguing battle if they face each other again. Don't rule Dublin out of it, there are still a couple of games to be played in that [Leinster] Championship yet." 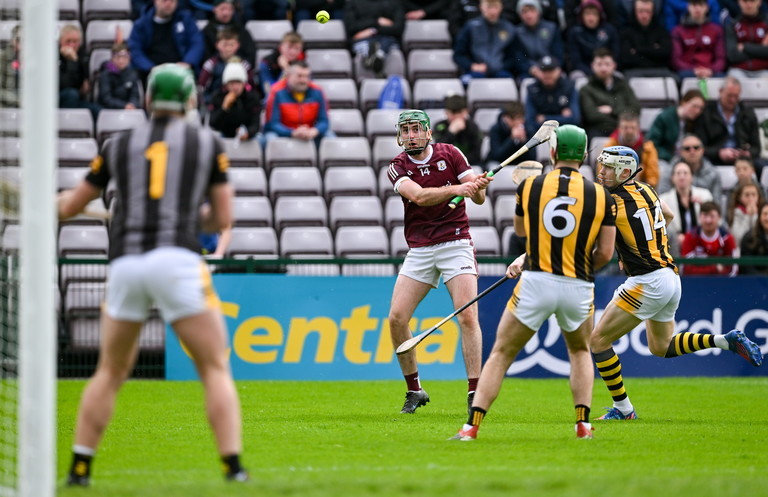 1 May 2022; Brian Concannon of Galway scores his side's 10th point, from a tight angle, despite the efforts of TJ Reid of Kilkenny during the Leinster GAA Hurling Senior Championship Round 3 match between Galway and Kilkenny at Pearse Stadium in Galway. Photo by Brendan Moran/Sportsfile

One of the major surprises on Sunday was TJ Reid being substituted at half-time. The 34-year-old had scored three points in the first half, two from frees, but was playing well below his best form.

"I thought it was strange to take off a guy of that ilk, even at half-time," said Moran.

"He hadn't a whole pile played since the All-Ireland Club Championship. I'd leave TJ on all day, every day, because he can still produce those couple of moments of magic.

"That's one thing about Brian Cody: He's never had a problem removing the marquee players. I'd still expect to see TJ back the next day, and there's a couple of twists left in him before the year is out."

See Also: Six Football And Hurling Games To Watch On TV This Week 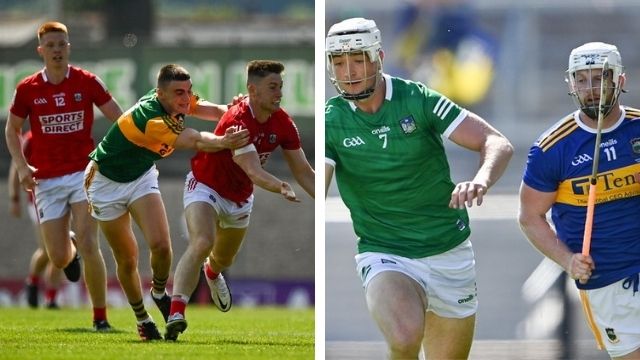 GAA
1 month ago
By PJ Browne
Derek McGrath Scoffs At Notion Waterford Are Only All-Ireland Contenders
GAA
1 month ago
By Eoin Harrington
GAA: Sky Sports Reveal Lineup of 2022 Championship Fixtures
GAA
8 months ago
By PJ Browne
Cian Lynch Happy At Top Of The Class Rather Than Down The Back
Popular on Balls
Golf
1 day ago
By Gary Connaughton
Padraig Harrington Glad He Didn't Have To 'Make A Decision' On Saudi Golf League
Motorsport
1 day ago
By Gary Connaughton
Carlos Sainz Worried About How 2022 F1 Cars Will Affect Health Of Drivers
46