Much of the talk ahead of this evening's All-Ireland final was about Mayo's chances of ending 'the curse', but we really should have known how this game was going to go.

Tyrone have made a habit of forging a perfect game plan on the big occasions this year, with today's final no exception. They were perfectly prepared for what Mayo were going to throw at them, doing damage at the other end when the opportunity presented.

They were certainly full deserving of their victory.

It is a first All-Ireland since 2008 for the county, with Brian Dooher and Feargal Logan leading them back to the promised land.

Of course, this is the first year that that pair have led the county, with Mickey Harte leaving his role as manager in 2020 having led the county for 18 years.

Speaking to RTÉ after the final whistle, Niall Morgan was quick to praise Harte's impact in helping turn Tyrone into All-Ireland contenders. He also had some fantastic words for Cathal McShane after his goal proved to be a key point in the game.

We stayed calm, stayed in control when Mayo came back into the game. We knew if we were going to win the game we would need goals.

Everybody always said Tyrone can't get goals, but we got them today and it won us the game...

Cathal is a completely different option to everyone else, he offers you so much. He had his struggles last year and we missed him.

He's a bit of an enigma, some people don't know what to make of him at times. Me and him have our fights nearly every night at training, but I'll tell you what he will get a big kiss tonight anyway...

Mickey Harte set the foundations in Tyrone. He took us from a county that were close, to a county that contested All-Irelands. He kept us at the top table for so long.

We had serious belief that we could do it. I said when I first came in, if I didn't think Tyrone could win an All-Ireland I wouldn't be here.

There was just a massive belief that we could do it. This is what it's all about.

A fantastic achievement for Tyrone GAA. 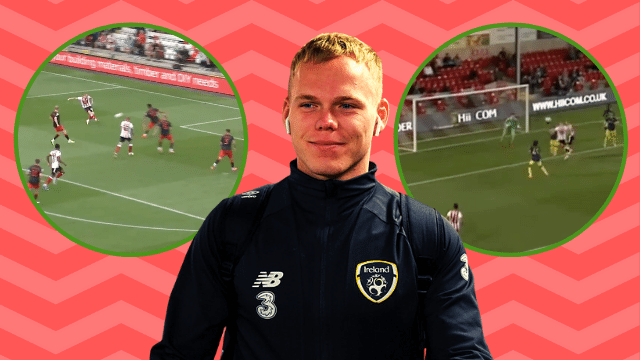