Oh, there will be war in the Midlands when the Carlow boys see this!

In what was a mind-boggling final day of fixtures of ups and downs and ins and outs through the National Football League, a chapter should be reserved in the annals of GAA madness for the closing blows in the 2019 Allianz Division Three.

Many of us, ourselves included, perhaps spent much of the last twenty-four hours getting our heads around the promotion debacle, as Down forfeited their chance to return to Division Two at the first time of asking having lost at home to Louth. The Wee's rearranged clash with Westmeath, which may not have even been played had results fallen a certain way yesterday, has now morphed into a winner-take-all playoff final - notwithstanding the fact that Westmeath will also be promoted if they draw.

But, in all the excitement, we may have given little credence to what was going on at the opposite end of the table and for that, we apologise.

But let me tell you if you think we've been rude Carlow fans, wait to you see what Offaly got up to in the closing moments of their victory over Sligo yesterday, which sent you boys packing to Division Four.

With the game already deep into injury time and the scores level at Oranmore yesterday, Offaly introduced Mark Abbott from the bench. Off he went into the forward line, and within seconds he'd fisted over the point which would eventually prove to be the one that maintained his side's Division Three status.

But what happened after the white flag was raised was even more dramatic.

We'll run you through it. 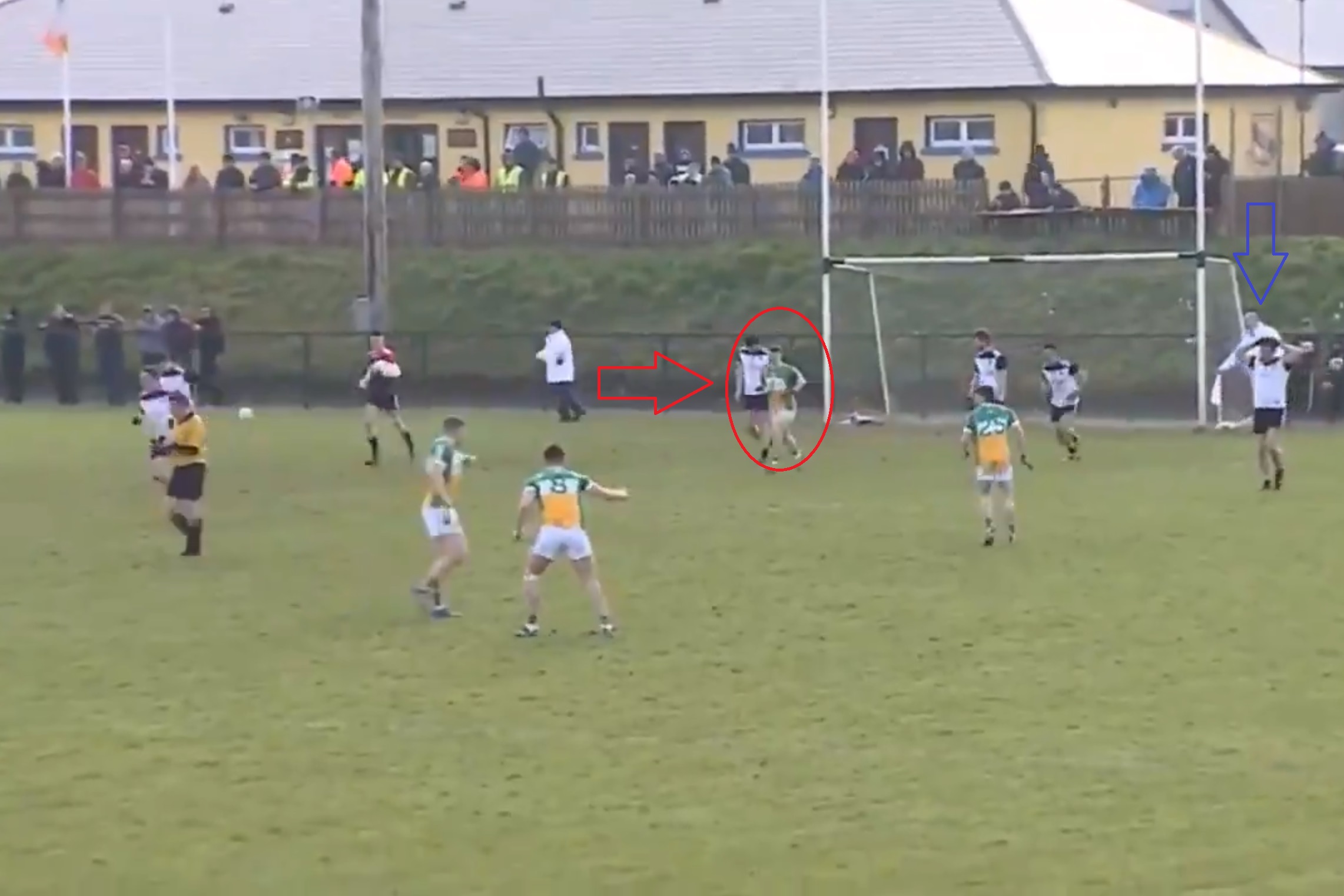 So we've circled Shane Tierney. Abbott (25) is only after putting The Faithful into the lead. Fair play, boy... 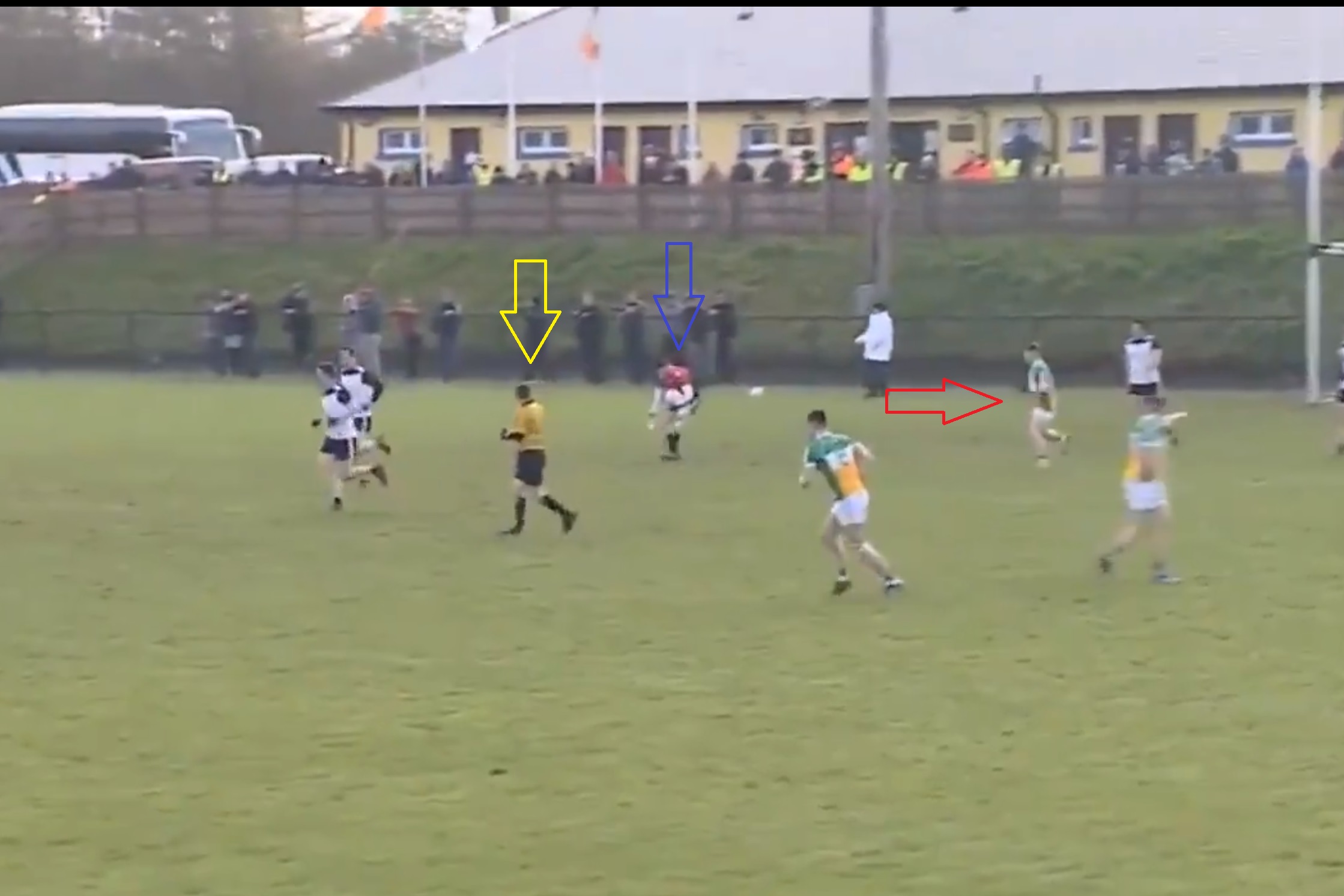 Naturally, Sligo wanted to get the game restarted as quickly as possible with only seconds left... 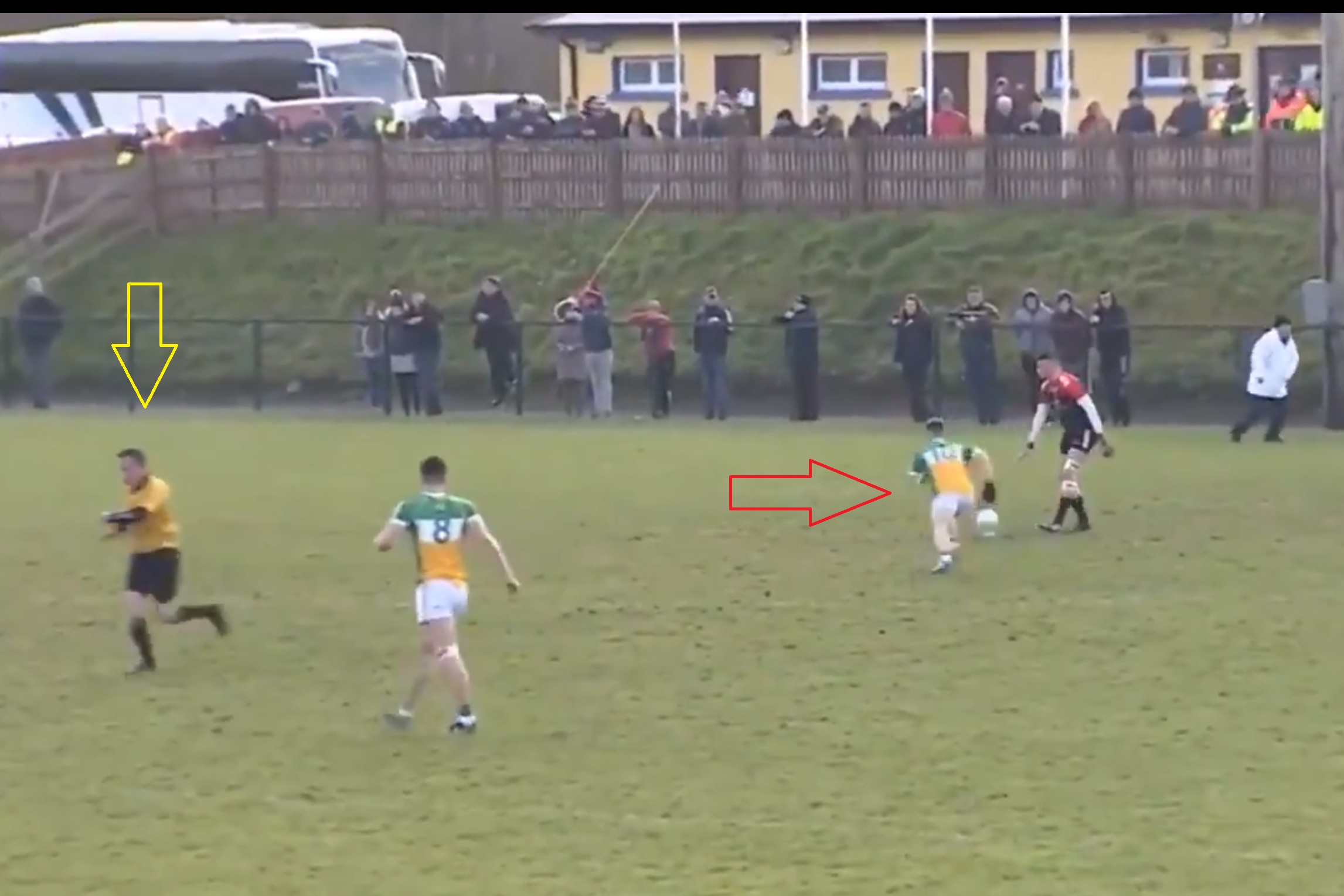 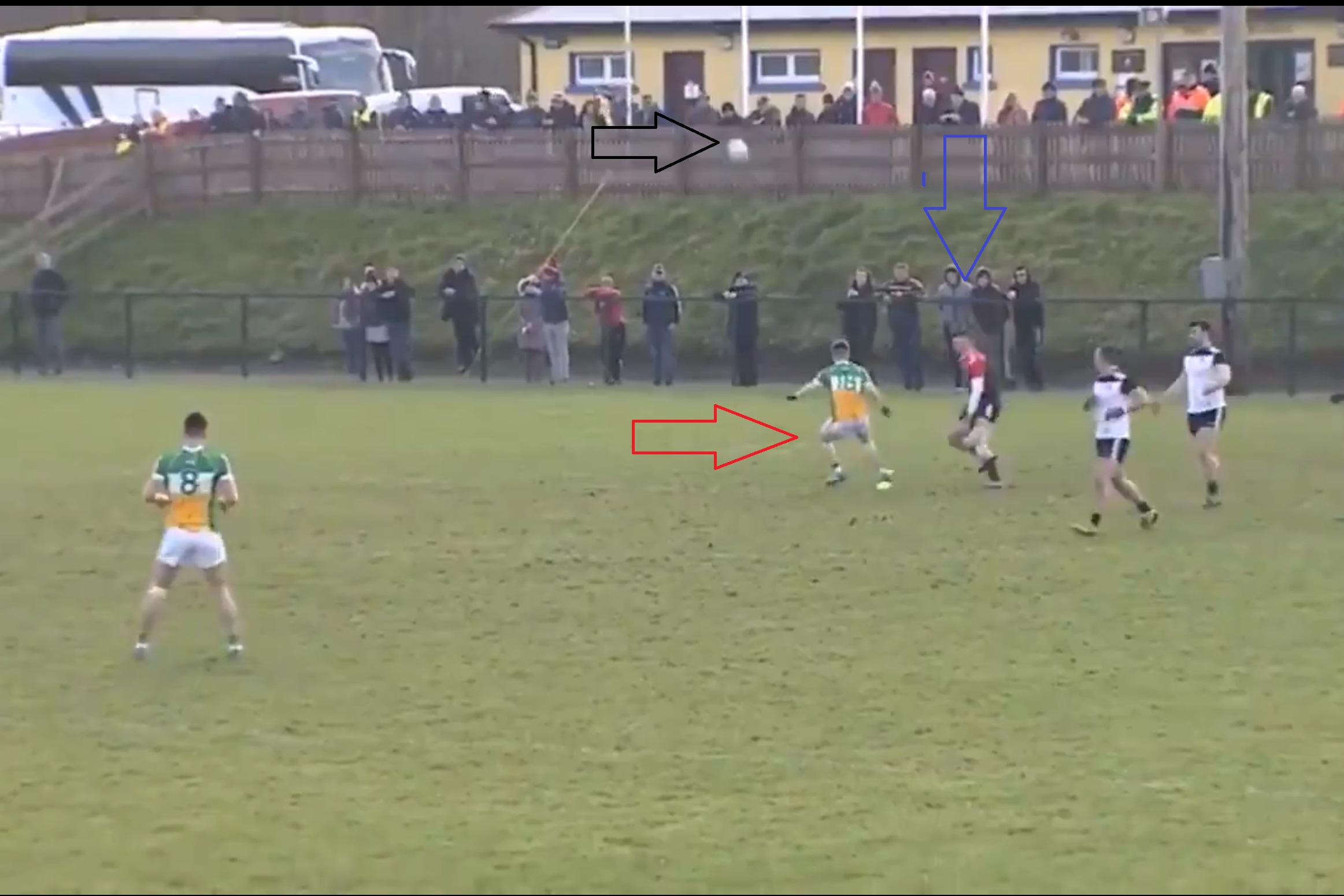 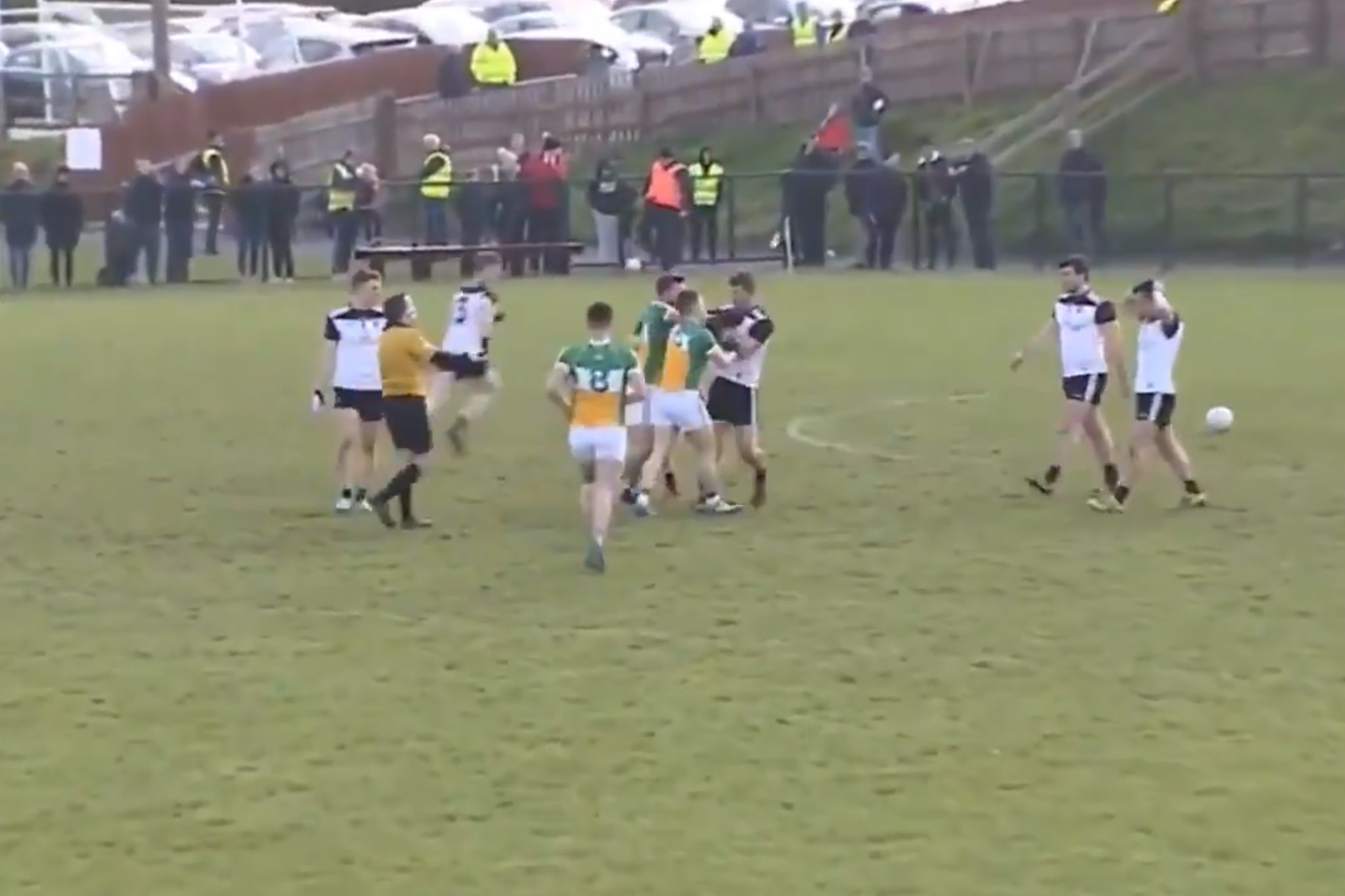 The customary schmozzle ensues. Sligo understandably weren't happy, en route to losing another game this season in injury time. Already well and truly relegated before yesterday's encounter, the loss would ensure they would finish their league campaign anchored to the bottom of Division Three without even registering a point.

But their anger may pale into insignificance if you're from Carlow. Being relegated to the fourth tier is tough to take at any time, but on the final day, a loss to one Midlands neighbour and a one-point win for another sealing your fate? That's got to hurt lads.

Oh that's got to hurt!