Dublin find themselves in an unfamiliar position as they head into this summer's championship.

Not only will they not be the defending champions for the first time since 2016, but they will also be fresh off relegation from the top flight of the Allianz National Football League after their loss to Monaghan yesterday. That had not happened since 1995.

It certainly seems as though this Dublin team is nowhere near the level they have been at during their peak over the last decade or so, although admittedly they do still have some key members of the team to return in the weeks ahead. They are certainly not favourites to win Sam Maguire, a scenario not many would have predicted only a couple of years ago.

Despite this, Oisín McConville feels we cannot rule them out of contention at the business end of this year's competition.

Speaking to RTÉ, the former Armagh forward said Dublin could yet turn things around and push for All-Ireland honours in 2022.

It’ll (the relegation) make them realise that the standards they set, they have to be pushed.

The thing about Dublin this year is that they have looked slightly off it, but they have improved from their early season league form, which was pretty pathetic.

They will buy themselves a little bit of time in the Leinster Championship and are still good enough to win an All-Ireland, but a lot of teams have caught up.

The aura that surrounded them is gone, but I think that is good for a lot of other teams.

I think it brings it to a level where we are going to have an unbelievable All-Ireland football race because there are so many teams in and around that area, but I wouldn’t completely write Dublin off just yet.

While Dublin cannot be ruled out at this stage, big improvements will be needed if they are to be genuine All-Ireland contenders. The likes of Kerry, Mayo, Tyrone, and Armagh seem well ahead of them in the pecking order as things stand.

The poor form from Dessie Farrell's side may even inspire some hope that their dominant run in Leinster could be under threat, although the league was very poor for counties from that province as a whole. 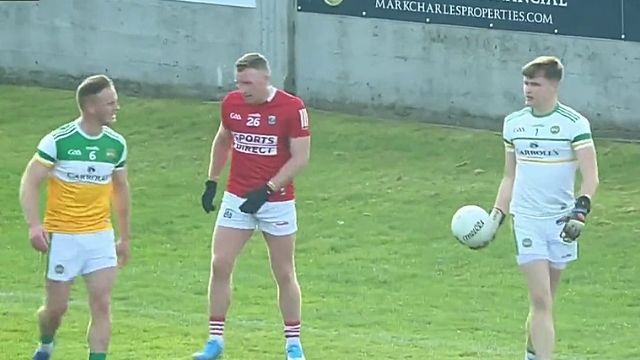