It was a bit of a PR disaster for the GAA when images of players from All-Ireland champions Dublin were released earlier this week.

The association has been very clear in their support of current Government guidelines, although they remained hopeful of getting inter-county action back underway as soon as possible.

Seeing their most high profile team breach the restrictions on training was not what they needed as they attempted to drum up support for a return of the sport. Manager Dessie Farrell was immediately hit with a 12-week ban after some strong reaction to the news from the public.

However, Oisin McConville wasn't surprised that Dublin were training.

Speaking on BBC Radio Ulster's Sportsound, the former Armagh star said he saw little wrong with what Dublin did.

I was in no way disappointed. The world has truly gone mad.

If you look at the reports in the last few days you will see shock, horror, embarrassment, disappointment.

I understand the rules and why they are there but you had eight or nine players on a pitch in the open air kicking a ball around.

The Dublin County Board have known how to act in terms of PR but a mountain has been made out of a molehill.

McConville was also reacting to the news that juvenile players are set to return to training in the coming weeks, something he feels should have been done months ago.

In general, he feels the GAA have handled this situation poorly in recent times.

We should have been moving in that direction some time ago.

Juveniles should have been back on the pitch months ago.

We didn't fight the good fight for our elite sportspeople either. The communication from the GAA has been poor and few and far between.

We keep hearing about the things we can't do but what about making things happen. We have been let down badly. 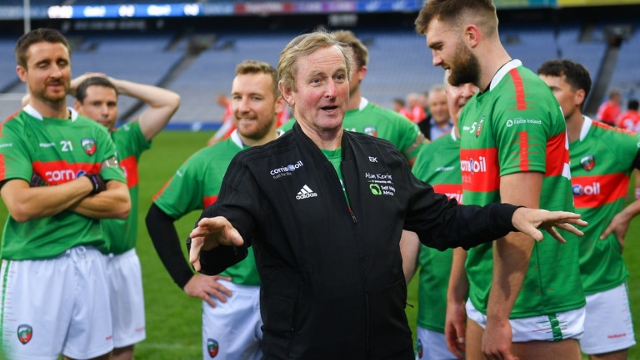 GAA
1 day ago
By Michael McCarthy
Quiz: What GAA Counties Do These Celebrity Namesakes Represent?
GAA
2 days ago
By Gary Connaughton
5 Of The Most Ridiculous Rule Changes Trialled By The GAA
GAA
5 days ago
By Gary Connaughton
7 Things Club Players Are Dreading About The Return To Training
Popular on Balls
Rugby
16 hours ago
By Eoin Harrington
Mike Brown's 16-Year Harlequins Career Is Over After Stamping Ban Issued
Other Sports
17 hours ago
By Balls Team
12 Of The Most Cringeworthy Moments In Sporting History
The Rewind
13 hours ago
By Balls Team
The 5 Best Irish Accents By Foreigners In Cinema History
The Rewind
13 hours ago
By Donny Mahoney
The Best And Worst British Media Coverage Of The Ballymurphy Verdict