Considering how brilliant the Sigerson Cup final was last week, it is a shame that we did not get to see the Trench Cup decider between DKIT and GMIT go ahead as planned.

Oisín McConville's DKIT withdrew from the game due to the fact that as many as nine of their players would have been in line to play three matches in four or five days due to inter-county commitments. GMIT were given a walkover as a result.

Many were unimpressed with the way the players were not accommodated for this game, with player welfare a big topic of conversation at the moment.

McConville is concerned that the way this second tier competition has been handled by the authorities does not bode well for the future of the Tailteann Cup, which will be introduced for Division 3 and Division 4 teams in the inter-county championship this summer.

Speaking on the Irish Examiner Allianz League Football Podcast, the former Armagh star said explained how his team had yet to even hear back from the authorities after confirming they would not play in the final as planned.

We got an email back pretty quick on Wednesday saying there would be no give, the final wasn’t going to be changed. Then it was down to the players...

Thursday we told them we were pulling out. There was no reaction. We still haven’t heard anything back. Not a word. I think it’s incredible.

Some of the criticism that has been thrown at our boys as a college… that we were holding the GAA to ransom. You have to have a hostage in a ransom situation. We had no hostage...

It doesn't seem to matter to anyone else but the people involved. Everyone is waiting to see the Tailteann Cup and see how the teams in Division 3 and 4 are treated over the next six months. Because it’s a massive thing within the GAA. There have been a lot of promises made.

But having had the experience I’ve had in the last seven days, I’d be very fearful for anyone in the Tailteann Cup, if that’s the way they treat second tier competitions. There is very little regard.

While the Tailteann Cup will offer many counties a more viable route to silverware this summer, there are some real concerns that the competition will quickly become an afterthought in the GAA calendar.

Considering how other lower tier tournaments have been treated in the past, you can certainly understand why. 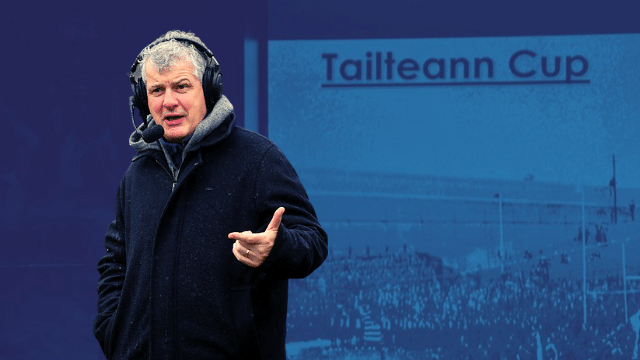 GAA
1 month ago
By PJ Browne
Oisín McConville Text Helped Change Sam Mulroy's Outlook On Life
GAA
3 months ago
By Jonathan Byrne
Oisín McConville Speaks Powerfully About Why DKIT Withdrew From Trench Cup Final
Popular on Balls
Football
7 hours ago
By Eoin Harrington
Juan Mata Questions Manchester United Management After Dire Season
Golf
2 days ago
By Gary Connaughton
Padraig Harrington Glad He Didn't Have To 'Make A Decision' On Saudi Golf League
Football
1 day ago
By Gary Connaughton
The Frank Lampard Love-In After Everton's Survival Was Downright Bizarre
GAA
2 days ago
By PJ Browne
'It Came At An Awkward Time. I Didn't Think It Would Be So Bad'