When Oisín McConville coached Sam Mulroy at Dundalk Institute of Technology, he saw a player with undoubted ability whose attitude wasn't where it needed to be if he was going to make it as a top inter-county footballer.

In the intervening years, Mulroy has started to exploit that talent. This season, as Louth earned promotion for the second consecutive season under Mickey Harte, Mulroy finished as top scorer in the Allianz Football League with 3-51.

"He had everything you would want," McConville told BBC Radio Ulster's The GAA Social podcast.

"I had seen a few lads from Louth who'd gone through [DKIT] maybe the same time as Sam, and were as talented as Sam is, and never made it through - we haven't heard any more about them. That was the worry."

Mulroy - who will play for Louth in this weekend's Division 3 final against Limerick - was this week's guest on the podcast.

"I don't know if it was to do with you becoming a personal trainer, or the gym end of things, but I felt that seemed to have a serious effect on what your mindset was," McConville told him. 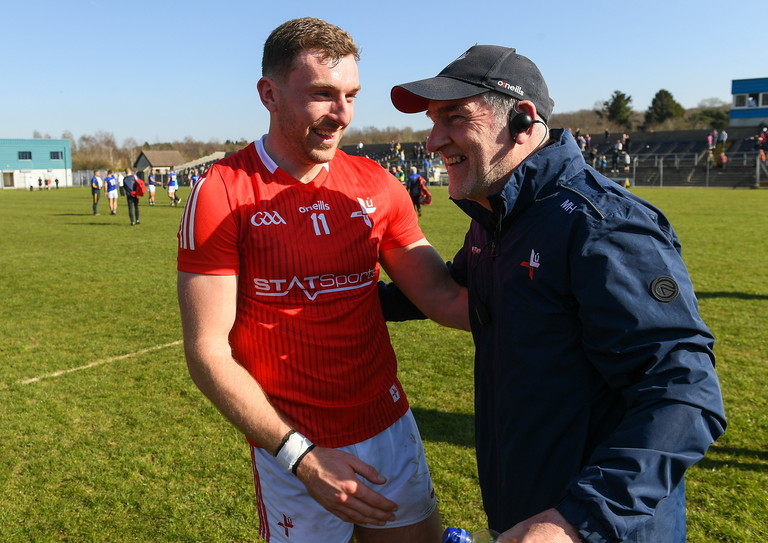 In response, Mulroy said he recalled texting McConville years back while he was in DKIT.

"I was working in a construction place making concrete - my cousin owns the business," he said.

"I was floating in and out of college, didn't enjoy college - I never wanted to go to college. I remember texting you one day, I was sitting in a digger, and you said, 'That's a long road to nowhere'.

"Construction work, it was easy. It's literally two minutes down the road from me. My cousin, one of my best friends, owns the business. It would have been easy to do that.

"I suppose that was a wakeup call. The following year I did a placement in Sport Ireland.

"I think Oisín knew there was more in me. I thank him for it now. At the time, I probably thought nothing of it, 'Whatever Oisín, I'll be there tonight, don't be annoying me'.

"A couple of months later, when I looked back, and I did that placement in a gym in Sports Ireland, it completely changed the outlook I had on life. I was like, 'This is actually what I want to do with my life'.

"I set up Sam Mulroy Fitness, my own business, and packed in working in the concrete place. I'm running that the last two years. It has helped me massively, physically, with football. You're in the gym 13 or 14 hours a day. It has helped me mentally as well, the fact that the job relates to a Gaelic footballer. They have to be motivated, organised."

McConville said the message was "nothing to do with construction".

"It looked as if he was taking the easy option," he said.

"There was so much more to him as an individual." 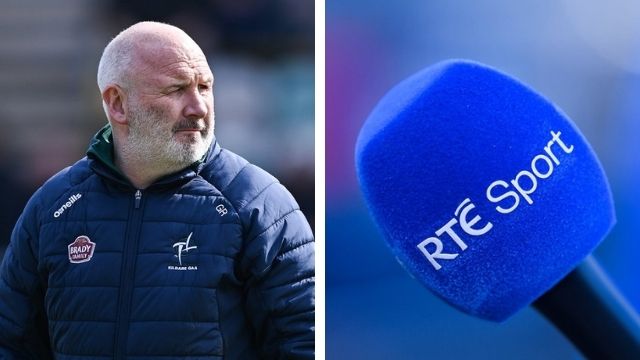 GAA
3 months ago
By Gary Connaughton
Oisín McConville Worried About Future Of Tailteann Cup After Treatment Of His DKIT Team
GAA
3 months ago
By Jonathan Byrne
Oisín McConville Speaks Powerfully About Why DKIT Withdrew From Trench Cup Final
Popular on Balls
Football
6 hours ago
By Eoin Harrington
Juan Mata Questions Manchester United Management After Dire Season
Golf
2 days ago
By Gary Connaughton
Padraig Harrington Glad He Didn't Have To 'Make A Decision' On Saudi Golf League
Football
1 day ago
By Gary Connaughton
The Frank Lampard Love-In After Everton's Survival Was Downright Bizarre
GAA
2 days ago
By PJ Browne
'It Came At An Awkward Time. I Didn't Think It Would Be So Bad'