Watch: Meath Club Produces One Of The Greatest Late Comebacks You'll Ever See

On a weekend of some pretty mad GAA comebacks, it appears the greatest comeback of all came in the Meath Intermediate Football Championship. Yes, the best one wasn't in Croke Park after all.

Mayo may have been six points down at the half-time break to an all-conquering Dublin, but not even they could have replicated what Oldcastle GAA pulled out of the fire this weekend just gone.

With only injury time remaining, they were six points down to Meath Hill with a man less at Pairc Tailteann.

An insurmountable deficit? Evidently not.

Cue one of the most incredible sporting comebacks of the year as they not only pulled their deficit back, but then went ahead against their shell-shocked opponents.

With 31 minutes of the second half played, Meath Hill were cruising to what looked to be a routine win, leading 1-12 to 0-09.

But then came the mother of all comebacks, something that even Mayo would have been proud of.

Oldcastle GAA Complete The Mother Of All GAA Comebacks

Pearse Sheridan gave Oldcastle a glimmer of hope with a fine goal. But even at that, 30 seconds of injury time were played already.

And then, bedlam. Paddy Gilsenan then somehow emerged from a goal-line scramble to blast home into the roof of the net to level the game.

The terms 'Lazarus' and 'Holy Jesus' were both used in Oldcastle GAA's own match report, and to be honest, that probably doesn't do it justice.

"Navan guards are on the hunt for fifteen extremely handsome suspects known to be from the Oldcastle area after an audacious smash and grab in Pairc Tailteann this afternoon (15/08/2021)," the match report starts.

"The victims – Meath Hill – are still reeling in disbelief at the manner of their shakedown."

While the game sounded pretty insane for the most part, wait until you hear the complete and utter disbelief in the commentary.

This was quite something...

"OH MY WORD... CHANCE. GOALLLLLL." We'll let you listen to the rest.

30:30 gone in the 2nd half, into injury time. Down by 6 points and down to 14 men. 140 seconds later, the script is ripped up. The commentary from @Davy_Rispin and @MrFlynnMeath for @MeathGAA is top class. Hard to beat the championship. @OldcastleGFC @wearemeath @meathgaalad1 pic.twitter.com/Efj8ULfehd

Even if you won the championship at the end of the year, it would be hard to top this late comeback. 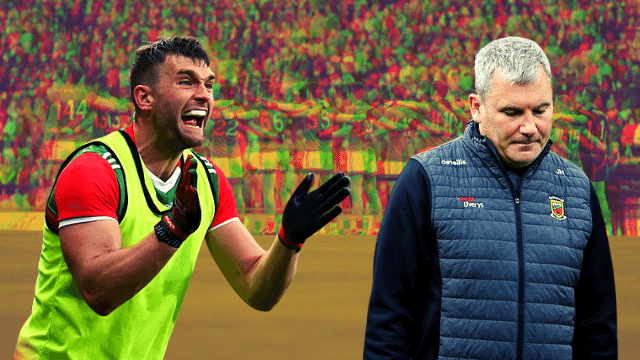