Opportunity knocks for Mayo and Waterford in Division 1 of the Lidl Ladies National Football League on Sunday – with seven rearranged fixtures down for decision across the country.

Mayo and Waterford can put themselves just three points behind leaders Cork at the head of affairs with a victory on Sunday, when the counties meet at Swinford Amenity Park (2.30pm).

Also in Division 1, there’s a crucial battle towards the bottom of the table, as basement team Westmeath visit second from bottom Tipperary, for a 1pm start in Bansha.

In Division 2, Cavan entertain Wexford on Sunday, while there are four Division 3 fixtures over the weekend, including the Facebook Live offering between Kildare and Wicklow on Sunday, which can be viewed live here.

Roscommon are bubbling nicely on top of the table, with six points from a possible six so far.

Having lost to Ulster and Leinster opposition in their first two games, Fermanagh now face Connacht opponents, and they’ll want to avoid a third straight loss.

Cavan were gutted to lose by just a point to Kerry in Round 1 – but they hit back to claim a very good win against Meath last time out.

The Royals are considered Division 2 promotion dark horses after coming up last year – but Cavan were full value for a 3-10 to 2-5 triumph.

Wexford, in contrast, are in big relegation trouble already, pointless from two games and conceding heavily.

On paper, this should be a second Cavan win on the bounce, and Wexford will have to produce their best form to compete. 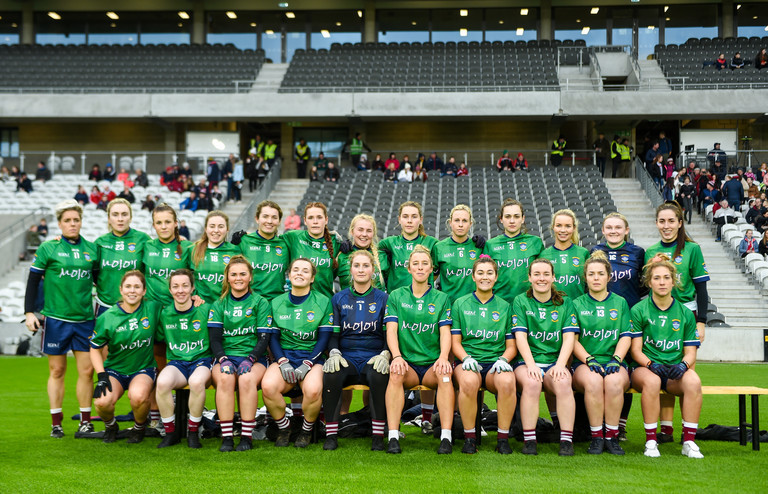 The Lake County also stayed up in 2019 but they face a real battle to avoid the drop this time – and this is a pivotal game for them.

Westmeath have suffered two defeats from their opening two fixtures, while Tipp gained what could be a precious point away to Dublin in Round 1, before losing to Cork.

These two counties went in opposite directions in the Championship in 2019– Tipp winning the Intermediate title to regain Senior status, as Westmeath were relegated.

This is an interesting tussle to gauge the current state of play for both sides – and they’ve both plumped for unchanged starting teams.

With Westmeath bottom, and Tipperary just a point ahead, this is a crucial battle in the fight to preserve top flight status.

Both sides will hope to return to winning ways after defeats in Round 2.

After claiming victories in their Round 1 ties, Mayo lost to Dublin in Castlebar, while Waterford were stung late by Donegal.

A win for either side would revive hopes of a top-two finish – and there’s potential ground to be made up.

Cork currently lead the League on nine points, with Galway second on six, followed by Dublin on four.

There’s a chance for Mayo and Waterford to make it onto six points on Sunday, and put themselves in the frame for a Final place.

Every point is crucial in Division 1 – and Mayo will look to make home advantage count against the visiting Déise.

Mayo boss Peter Leahy has made six changes to the side that started against Dublin – while there are three changes for Waterford.

Both of these counties should be good enough to stay in Division 1 – but the winners here can set their sights higher than that.

After two rounds, Laois are already five points off the pace, as they aim for an immediate return to Division 2 following last year’s relegation.

Longford have also drawn and lost one of their first two games – and these Leinster rivals are carrying one point each into Round 3.

A defeat for either side could already leave them with perhaps too much to do in the hunt for the two Final places on offer at the head of affairs.

Three teams are on six points in Division 3 – and Kildare are one of them.

It’s been an impressive start for the Lilywhites, who have the chance to showcase their talents in Sunday’s Facebook Live fixture on the LGFA Facebook Page.

Wicklow have drawn both of their games so far, and will be hoping to finally claim a first win of the season.

Sligo were Division 3 Finalists last year – but a third defeat of 2020 could effectively end their chances of reaching another decider.

It’s been a tough start for the Yeats County – and it doesn’t get much easier with the visit of Down.

The Mourne County appear a much-improved outfit already this season – and will hope to maintain their 100 per cent start.

GAA
9 hours ago
By Declan Rooney
'It Was In Primary School That We Learned English. We Had None Until We Were About Five.'
5

GAA
9 hours ago
By Declan Rooney
'It Was In Primary School That We Learned English. We Had None Until We Were About Five.'
GAA
3 days ago
By PJ Browne
Keith Higgins Happy To Look At The Bigger Picture For Mayo
GAA
3 days ago
By Balls Team
Kieran Donaghy Calls For GAA To Shut Down Internet Fan Forums
Popular on Balls
Rugby
20 hours ago
By Dylan Ryan
'The Highlight Of The Game Was Keeping England Out At The End'
8