Our Kneejerk Reaction To The Weekend's GAA - Defence Is Dead, Long Live The Blanket

From his lair in Mulligans pub, our columnist Sean Óg Ó Kneejerk tried his best to keep tabs on the weekend's Gaelic football action via a quaint device known as a radio.

The death of Gaelic football has been pronounced many times over the past two decades and Sean Óg has usually been the one pronouncing it.

Sean Óg is dead against mincing words. He believes that no sentence has ever been improved by the presence of a qualifying remark.

As a pundit, he is blessed with a short memory.

When expounding on a subject of great importance in the GAA world, he is wholly unencumbered by the memory of any previous statements he has made on the same subject, most especially those which contradict his most recent opinion.

In his private heart, he considers himself a wise owl. He is certainly wise after the event.

He has no fear of being labelled a 'captain hindsight'. He has never heard the term.

He specialises in angry denunciation. If a player doesn't deliver 'on any given day' then the argument that this player has delivered in days gone by holds no weight with Sean Óg. Either this is a player who is definitively 'past it' or this is a player whose soft centre has been exposed.

You're absolutely as shite as your last game is very much his credo. Curiously, this logic never applies in the reverse scenario.

Leinster counties may as well disband

If Laois get within 30 points of Dublin, I'll eat this flat cap, I'll down a fuckin' cocktail, I'll turn up at this bar in my jocks like Gary Lineker.

If I was them, I wouldn't tog out. I'd shoot off to America for awhile, get back in time for the qualifiers. Which are probably a waste of time, anyway.

If the county board had any sense, they'd forfeit the game.

The only way Laois will win the game is if the Dublin team are struck down with food poisoning or if the team bus is hijacked by ISIS on the way there.

Or if it's in Portlaoise.

Teams have forgotten how to defend 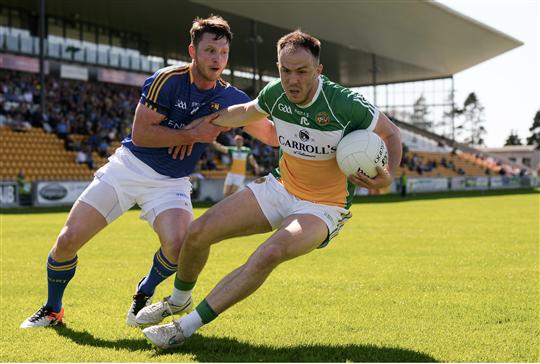 And they all won!

That tells its own story doesn't it. These teams are going nowhere. What has happened to Gaelic football in the modern era that teams have forgotten how to defend?

There was one Offaly lad who cantered all the way from midfield to the 21-metre line before popping the ball over. There wasn't a hand laid on him. Not one fella came to meet him.

He should have been sent into the f****n' stand. The game is gone awful soft.

But sure, that's it isn't it? The game is gone awful soft. Refs blowing for everything too.

RTE are a disgrace for not showing these rubbish games live

(*Notwithstanding his angry condemnation about the state of the game at present and his implacable insistence that all eight teams who played this weekend are 'useless', Sean Óg was irate, nay livid, that he didn't get to see them all on telly.)

RTE are a thundering disgrace. Having to listen to the Fermanagh-Antrim and Offaly-Longford games on the wireless was an outrage.

What were they showing instead? A bloody Cold War film from the 1960s starring Rock Hudson (Ice Station Zebra). Is this what I pay the licence fee for? It's a national scandal.

They could probably afford to send the cameras down if they weren't paying Pat Kenny so much.

(At this point, I attempted to point out that Pat Kenny is no longer being employed by the state broadcaster but Sean Óg didn't seem to hear. He had moved onto another topic).

Why aren't they putting the referees name on the programme anymore 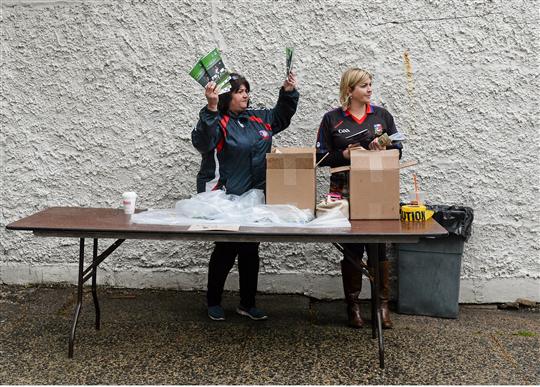 (*Sean Óg is fond of consulting the programme - which he has rolled up in a cylinder in his pocket - to find out the identity of the referee and the county from which he hails so he can tell him to 'Fuck off back to Westmeath' or somewhere. Therefore, he was dismayed to find that the ref's name wasn't on the programme at O'Connor Park)

The ref's name wasn't on the programme for the Offaly-Longford game.

Don't tell me this was a cock-up from the fellas who put together the programme although, naturally, I wouldn't put a cock up past them.

This is the GAA trying to pander to these refs, trying to protect these lads. They need to be accountable. Some of the decisions I've seen from these lads down the years... What's more, they're getting worse.

They're so biased (against whom?)

They need to come out before the cameras after the game and explain some of their decisions. If that doesn't happen soon, the game'll go down the toilet.

What was the manager doing letting Kavanagh take the penalty?

(*Despite the fact that such decisions are often taken on the field and the fact that taking a penalty off the designated taker is a big gamble, Sean Óg is disgusted that Longford allowed Brian Kavanagh to take the penalty).

I said it when he standing up to take it (unverified statement) that his head had gone. He was after missing frees in the first half and you can't be leaving a lad on the penalty in those circumstances. That's  where management has to come in. It was obvious he was going to miss.

You'd really wonder what these managers are doing on the line.

Someone tell Eugene Magee - Offaly are back

(*While it is true that he did declare that Offaly were 'useless', he is also prepared to consider the possibility that Offaly are not useless.)

Offaly are on the way back I think. Some great points kicked. 2-21 is a mighty score to rack up even if it was against Longford.

They've a great tradition down there. I remember Vinny Claffey and Matt Connor, and Martin Furlong and of course Seamus Darby...

(Sean Óg Ó Kneejerk was in conversation with Conor Neville)