Paddy Andrews has announced his retirement from inter-county football.

He is the first Dublin player to retire since their All-Ireland final victory against Mayo last month.

"After 12 years it’s time for me to finish up with the Dublin football team," Andrews said in a statement.

"It’s been an amazing journey being part of such an incredible group of people over that period.

"To Pillar, Pat, Jim, Dessie and their coaches, I’d like to thank them for giving me the opportunity to represent the Dublin team and experience so many special moments.

"I’d also like to thank my club St.Brigid’s for their support and all the coaches & members down in Russell Park.

"To my family, friends andin particular my parents Pat & Angela and my fiancée Doireann, I owe a huge debt for their constant belief in me through so many highs and lows.

"A special thanks to our phenomenal supporters for their unwavering belief and encouragement over so many years, good and bad.

"Finally, to my teammates, it was the highest privilege to share the journey with you all. All the best for the road ahead.

Thank you for the memories @DubGAAOfficial a privilege to be part of such a special group over the years but it’s time to move on. All the best to the lads going forward, I’m sure they’ll manage without me! ?? pic.twitter.com/Nel0PbOJiQ

Ryan O'Dwyer: 'I Didn't Even See The Punch Coming. I Fractured My Skull, Broke My Jaw' 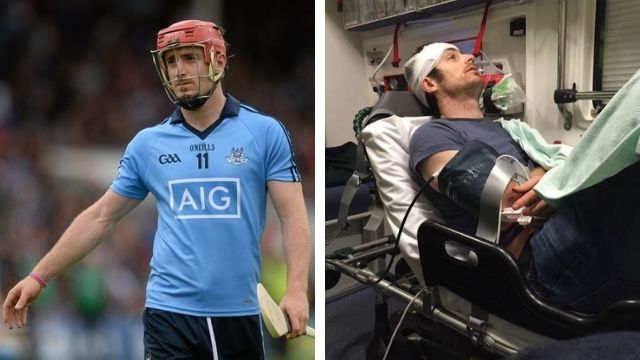