Galway crashed out of the championship yesterday after losing to Mayo in the Connacht final, a game in which they were in a dominant position at one point.

Pádraic Joyce's side were well on top in the first half, leading by five points at the interval on the back of goals from Shane Walsh and Damien Comer.

However, a second half resurgence from Mayo meant they ultimately ran out comfortable winners.

Galway were completely flat after the halftime break, especially up front. It seems that injury played a small part in that.

Shane Walsh scored 1-1 in the opening 35 minutes, but was largely absent after that.

Speaking after the game, Pádraic Joyce revealed that Walsh had to receive a pain killing injection in his shoulder at halftime after being 'thrown on the ground' by an opposition player. He also questioned how none of the officials saw the incident take place.

He hurt his shoulder. He got dumped to the ground, thrown on the ground and nothing happened.

There are seven or eight officials there at the match. I seen what happened but obviously they didn’t see it. It’s frustrating when that happens and they get away with it.

How someone can’t see what happened is beyond me. But that’s not sour grapes or anything. The man was hurt. He was carrying his shoulder, he got an injection at half-time to try to keep him going, keep him right.

He did his best, he battled on as best he could but he definitely was not in full health in the second half.

You can see the incident in question below.

Olympic Judo has been moved from Tokyo to Dublin. #mayovsgalway pic.twitter.com/ELVnMbHAkr

Walsh's performance certainly dipped after that point, although it's unlikely he could have dragged Galway to victory considering just how poor they were in the final 35 minutes. 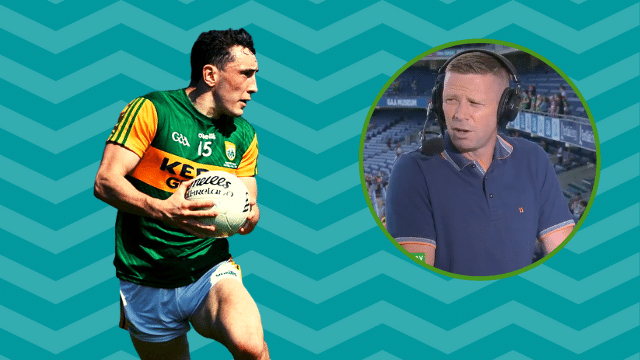