'It Is An Added Pressure, But It's Not Something I'd Be Big Headed About'

There was no big night out at the Convention Centre, no televised ceremony where he got to stand on stage and accept his award. Instead, Padraig Faulkner's All-Star trophy arrived in the post, like a new pair of runners he'd ordered online.

"Mam collected it at the door," says Faulkner with a smile.

"I wasn't even there. She figured that it was heavy enough that it had to be it.

"There was no fanciness to it this year. That's all that could have been done really.

"We haven't got our [Ulster Championship] medals yet. It's probably not something that I really thought of myself. Moving on to 2021 was the big thing.

"I don't think it's something that's in the back of Cavan minds, that there's no closure there. I think we know that medal has been won, and we did get the recognition for the achievement."

The Cavan fullback was one of three from the county - along with goalkeeper Raymond Galligan and midfielder Thomas Galligan - to win All-Stars for the 2020 championship. For a county which had previously picked up just two in the nearly 50 years of the awards, it was a remarkable haul.

That 2020 success, which saw them win a first Ulster title since 1997, has not yet been supplemented this year. For the third successive season, Cavan were relegated in the league, this time from Division 3 to the Division 4 basement.

Their Ulster Championship campaign gets underway this weekend with a quarter-final against Tyrone. With no backdoor in this year's championship, Faulkner and Co know there is no more room for error.

"I haven't met Tyrone in the Championship yet, bar at U21 level," he says.

"It's one thing that we have to set our sights on. They've always had the upper hand on us in previous games in the championship. They would be classed as a bogey team for us.

"Lookit, if we lose to Tyrone it's probably one of the worst years in Cavan football history.

"Last year was such a successful year, I think a lot of supporters and people around the town thought it was going to be done again or there was just going to be a massive progression on. Just unfortunately it just didn't turn out that way.

"I suppose with the All-Star, there can be added pressure and it can be an extra burden to carry going in; if you have a bad game, you're seen, 'Jesus, the All-Star didn't have a great game' or maybe isn't leading like people had expectations for.

"It is an added burden and pressure, but it's not something that I'd try to be big headed about or take into training.

"I'd expect every man on our county panel to be treated with the same respect. There would be no special treatment for someone who won an award a year or two ago.

"I suppose the one thing that I wouldn't like is someone that starts running down some players on the team. Everyone is very close on our team and a lot of the things stay in-house. We just try to fight for each other and just regroup and go again." 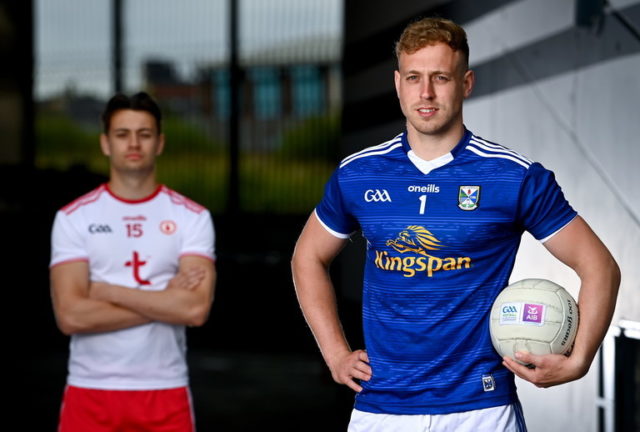 Faulkner feels that beating Donegal in November's final may have seen the panel take their foot off the pedal, but now believes it's back on the gas.

"I'm in my sixth or seventh year playing with Cavan and had never so much won a medal for Cavan [before last year] - league or championship or McKenna Cup even," he says.

"I think for so long it was just like a thing completed and ticked off the list and I don't know whether we've taken our foot off the pedal. Things just haven't been clicking in our league campaign games as well as I hoped.

"I think psychologically you raise a great point where it was all built up just to win that, and maybe the foot went off the pedal a bit from last year. But hopefully we're back on track now.

"We're back to the drawing board, and we've regained the level of confidence that we had from last year. We've had a few in-house games, tough games, lads getting stuck into each other, and it's back with a bit of championship bite and everyone is really, really trying to stake a place on the team-sheet for the championship."

Faulkner was in attendance at the launch alongside Paul Donaghy, Dungannon Thomas Clarkes and Tyrone, as AIB celebrated the return of summer football and the reignition of county rivalries nationwide ahead of some of #TheToughest games of the year.

Watch: Kildare's Epic Hurling Win Over Wexford Is Everything We Love About Sport 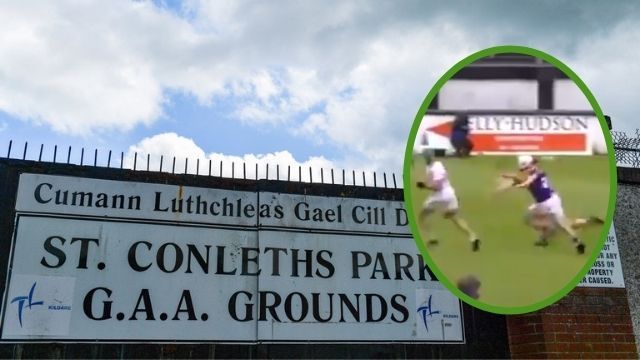