Foxrock-Cabinteely: A Rare Club In A GAA Black Spot

Pat Ring remembers going to watch a Ballyboden St. Enda's ladies game around 2005 with a friend of his. That year, he had been a founding member of the Foxrock-Cabinteely club.

It was also the year that Ballyboden won their second All-Ireland Ladies club title in a row. Ballyboden remain the only Dublin club to win an All-Ireland ladies senior club crown.

"We both agreed that’s where we need to be," tells Ring.

13 years after being founded, Foxrock-Cabinteely have not yet heard 'You've arrived' on the club's Google Maps but they are in the vicinity.

This weekend, they aim to etch their name close to Ballyboden's. In their second All-Ireland senior club final at Parnell Park on Saturday evening, they will face Mourneabbey. Two years ago, they lost by seven points in the decider to Donaghmoyne.

The club is a remarkable success story. That first year, they didn't have enough players to field an adult team. They have since grown to a club with nearly 500 members, 22 teams and two pitches in Cabinteely.

Situated near two powerhouses of Dublin GAA - Cuala to the east and Kilmacud to the north in what Ring calls a GAA black spot - the team which became known as Fox-Cab decided they needed to do something different: they would be a ladies football only club.

"That was key to it. That was very unique," says Rings

By 2007, Fox-Cab had won its first All-Ireland junior title and five years later their inaugural Dublin ladies senior crown. They have since won five Dublin Ladies SFC title in all.

They now count six Dublin senior players - including six-time All-Star, Sinead Goldrick, along with Amy Connolly and Niamh Collins - and five Dublin minors among their ranks. 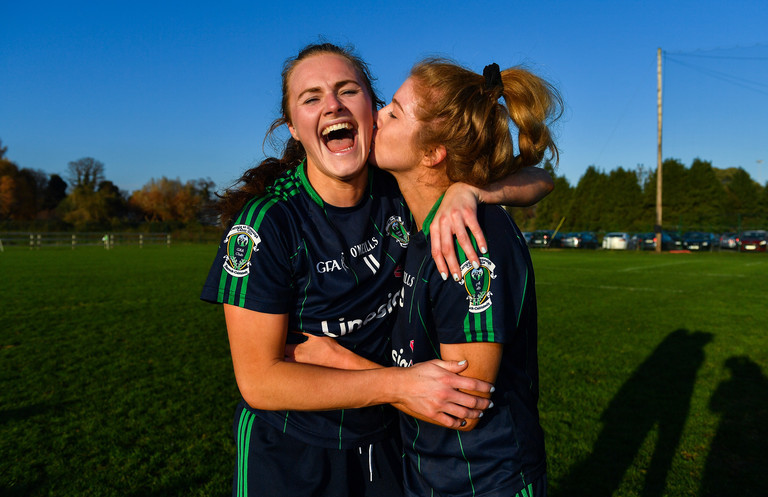 "Ages 5-8 is our nursery and we have 150 girls in that every Saturday morning," says Ring.

That's a big animal in itself to feed but Derek McArdle, a Scottish Presbyterian, and a founding member of the club, runs that - a top class man.

We start non-competitive football at aged eight and have about 45 for every year of birth up.

The key ingredient in the success of the Fox-Cab recipe has been the building of partnerships with local schools. St. Patrick's in Foxrock, St. Brigid's in Cabinteely and Johnstown in Killiney are all in their catchment area - all schools with around 500 pupils.

Ring spends one day a week coaching in each of the schools. "What do we get out of it? We get the recruitment," says the Cork native who moved to Dublin in 1984.

Along with nurturing the future stars of Dublin ladies football, the club is also a home to blow-ins from the country.

"People coming to Dublin, it can be a bit overawing at times, coming up here to work for the first time and we kind of see ourselves as a home away from home."

A big challenge for the club has been the draw of hockey in the area.

It’s massive in Loreto. Most of our girls go there.

It's a battle that both sides are winning because we manage it. Like with Roisin McGovern, who's a soccer international, we couldn't say to her parents, ‘Look, it's one or the other.’ We give a bit, they give a bit, the family gives a bit, everyone wins.

It’s not that easy to negotiate with the hockey authorities. They can be quite strict on their players.

We've lost four key players to hockey, full-time. Two of them are internationals and two are inter-provincials. These are only aged 17 and 18 - they haven’t broken onto the senior team at all yet, but they will.

Ring is the manager in name only. He takes care of everything behind-the-scenes. It's Peter Clarke - who has worked with Ring since 2010 - who runs teams affairs and has the last say on any major selection or tactical decisions which need to be made.

Former Dublin player, Angie McNally, who was a member of their management team until last year is there in an advisory role. There's also goalkeeping coach, Colm Kearney, and Samantha O'Sullivan.

Maureen King, a former Dublin Ladies Football County Board chairperson, is on hand to help players find a balance between their work, football and personal lives. 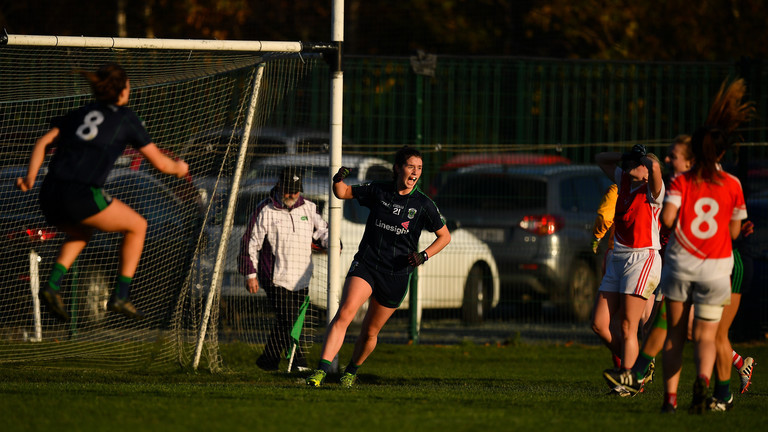 "We have a healthy bank-balance in that we try and keep a surplus there for a rainy day," says Ring.

"You see so many GAA clubs getting into debt and then having problems with NAMA and so on - we’re never going to go down that road.

"We keep our operation tight but I can tell you that our teams, particularly our senior team, is well-funded. It probably costs us €10,000 - €12,000 a-year to run this team but the players raise half of it and the club comes up with the other half.

"We feel that this bunch of young ladies, who have given huge commitment to the club over a 15-year period, deserve the best that they can get. The players deserve that level of detail and they respond to it, they're a really top class group."

Ring has seen a major growth in those interested in ladies football. A marker of that was the attendance at the recent media day ahead of this weekend's club finals. "The interest in this event is way bigger than it was two years ago."

"We have a number of sponsors and we get donations all the time," discloses Ring.

"We've so many people involved in the club. A fella rang me during the week and said he put 300 into the club account and said he wanted it ring-fenced for the team. You get that local stuff and it generates goodwill. That pays for the bus next Saturday, it's marvellous."

Though, he does also see areas which require refinement.

Getting 50,000 at Croke Park [for the All-Ireland ladies football final] is massive but then you've an awful lot of league games where there's very little crowds and it's really about finding an answer to that. It wouldn’t be an easy answer. They wouldn’t charge that much in - it’s not a money thing. It's really just getting interest in it.

And then you've got to find a balance between club football and county football, I think there's a bit of a disconnect.

We see it. We have six Dubs and one or two other players from around the country. We're very proud of our county players and support them 100 per cent. But we don't see them that often and that's not their fault. There is a bit of a disconnect and when we get them back we have limited time with them.

Maybe that's the way it's going. Are clubs going to suffer? I think they will.

This weekend, Ring hopes the lessons learned - by players and management - from that 2016 All-Ireland experience will be the study the required to pass the test.

"The players have had a long season and we're giving them a bit more rest and recovery time. Sometimes less is more and that's our approach this time.

"We're probably a lot calmer in ourselves in the build-up. We're doing it slightly differently."

For a club which has built its success on being rare, that's no surprise.

Foxrock-Cabinteely (Dublin) play Mourneabbey (Cork) in the All-Ireland Ladies Senior Club Football final at Parnell Park on Saturday evening. The game will be broadcast live on TG4 with the throw-in at 5:15pm.

GAA
8 months ago
By PJ Browne
Four-Time Dublin All-Ireland Winner Fitting In Seamlessly At Cork Club
GAA
8 months ago
By PJ Browne
'All Those Years Of Training, Dedication And Commitment - It Was Finally Worth It'
GAA
1 year ago
By Declan Rooney
'When We Were In The Final Two Years Ago, Myself And Dad Were Up To 90'
Popular on Balls
Football
5 hours ago
By Paul Moore
Bohemians Apologise For Listing Danny Mandroiu As 'Gargled' In Team News Gaffe
8

GAA
21 hours ago
By PJ Browne
Dublin's 2011 Class: What Happened To The Non All-Ireland Winners