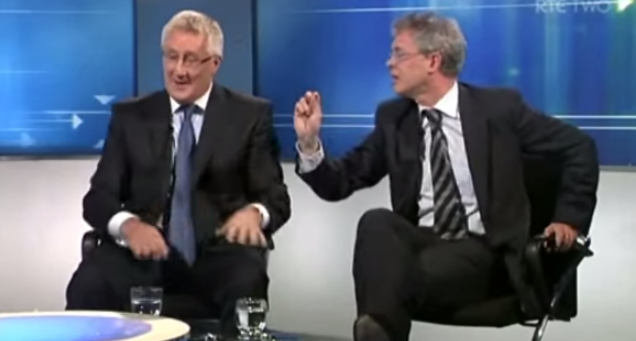 Pat Spillane appeared on the Late Late Show tonight ahead of the start of the championship.

He got wound up the decline of rural Ireland and the callous 'bastards' in Brussels that are bringing it about. He spoke about his daughter's emigration to Dubai.

And he spoke about the thorniest issues of them all. His relationship with Joe Brolly.

He said that Joe was a ;kind' and wonderful man in many ways, stressing the kidney donation and the opt for life campaign, before moving onto the things that annoy him about Brolly.

And then he regaled everyone with how he slaps Brolly down with the all too familiar Kerry putdown.

Read also: The Hardest Men In The GAA

GAA
1 day ago
By Daragh Ó Conchúir
'Everyone’s Really Motivated, They’re Happy To Be There And It Shows With The Numbers'
1

GAA
3 hours ago
By Donny Mahoney
This Weekend's All-Ireland Semifinals Will Feature Some Great Nicknames
GAA
1 day ago
By Daragh Ó Conchúir
'Everyone’s Really Motivated, They’re Happy To Be There And It Shows With The Numbers'
GAA
1 day ago
By PJ Browne
How Tipp Dealt With Weight Of History In Munster Final
Popular on Balls
Boxing
18 hours ago
By Gary Connaughton
Anthony Joshua Doesn't Think Tyson Fury Fight Will Happen In 2021
3