'To Happen In An All-Ireland Semi-Final, I Don't Know If It's Been Done'

Patrice Diggin speaks with a relaxed enthusiasm which belies the perilous situation which her club finds itself in ahead of this weekend's All-Ireland final.

One of Clanmaurice's main aims for Sunday's AIB All-Ireland Junior Club Camogie Championship final against Westmeath champions Raharney is simply to start the game with 15 players on the field. That would be one more than the Kerry club had for the entirety of December's semi-final victory over Athleague.

An already small squad has been hit hard by Covid-19. In an aim to cover all bases, Liz Houlihan - who captained the team to the 2019 title, and is currently heavily pregnant - was on the sideline against Athleague ready to come on should she be needed.

"All was fine until the Friday night," Diggin tells Balls about the semi-final.

"We had 15, and our captain then unfortunately got Covid. I think it was her husband who initially had the symptoms, and then they both got rapid tested the following morning. Unfortunately, they were both positive. It was something we had to overcome.

"We were flicking through rulebooks to see if we could play with the 14. We were making phone calls. We weren't going to give a walkover. Liz Houlihan, who is actually pregnant at the minute, and she was togged out the last day, ready to come on in case we needed 15 to finish the game.

"I remember underage, you might be scraping the 13. You might do it in a club league game, but for it to happen in an All-Ireland semi-final, I don't know if it's ever been done before. We were determined to do it for Elaine [Ryall], our captain, to make sure she got another game."

Despite their depleted numbers, Clanmaurice won the game by eight points. Diggin contributed seven from midfield.

"I've never gone into a game as relaxed," she says.

"Because we only had 14, it was a came of we had nothing to lose at that stage. We probably went into the game thinking we were going to be hammered.

"We were just totally relaxed going out onto the field. We were laughing and messing. The warm-up was like something from D'Unbelievables. You would never have said there was an All-Ireland semi-final to be played.

"We turned around and played the game of our lives. Maybe there's something to be said for it." 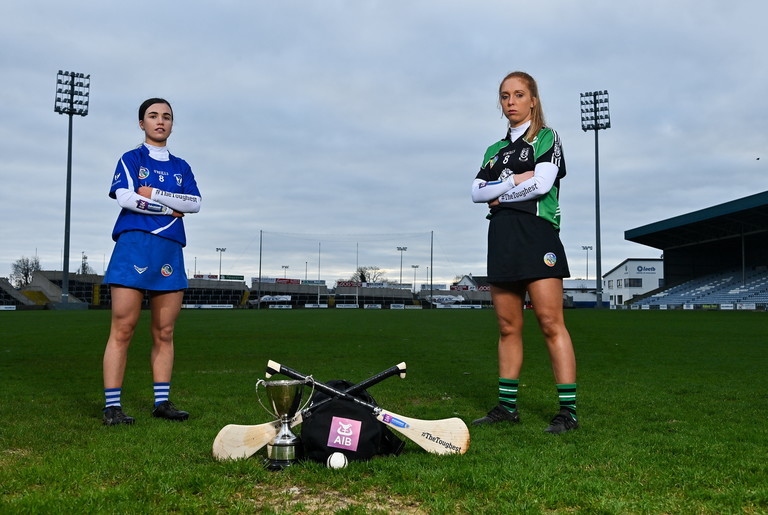 Covid is not the only issue which has deprived Clanmaurice of players. Sunday's game is the 2020 final, and only players who were registered for that competition can be selected.

"I suppose we're not too impressed with that because we're playing 2021 rules, and we can't see why we can't play our 2021 players," says Diggin.

"There are two girls in particular: Olivia Dineen and Julianne O'Keefe. They were part of the team that won the All-Ireland in 2019, have always been part of the club. We were a week out from a Munster final, and had to tell them that they couldn't play because they weren't registered. Olivia was pregnant the year before.

"It was disheartening for those girls. They're still coming to training. They're preparing for 2021. Even Sunday, it's going to be hard for them. They're still at training, they're still on the sideline with us but it's just gutting that they can't play."

Sunday's finalists are two sides who know each other well. They met in the 2019 decider, a clash which required a replay to separate them. Clanmaurice won the second game by nine points.

It was a remarkable rise for a club only formed a decade ago. For many years, Clanmaurice was the only adult camogie club in Kerry, comprised of players from the villages of North Kerry which would be rivals on the hurling pitch.

"I suppose you'd have the likes of Kilmoyley and Causeway and their rivalry," says Diggin.

"That all comes into it. There would be a bit of banter in training, especially when the hurling championship is on. You'd be firing digs at each other.

"You see it on matchdays: You'd have the Collins's from Kilmoyley, the Fitzgeralds from Ardfert, the Murphys from Causeway, and they'd all be fighting a day beforehand inside in Austin Stack Park but then come the day after, they're all together.

"Camogie is relatively new in Kerry. It would only have started around 2009. A few of us would have played with the boys until that stage. I was probably nine or ten before I actually played camogie.

"The amount of girls who've started playing camogie has massively increased since we were playing. There was only one club when we were younger. Now there are six or seven clubs in Kerry."

This year, Causeway, Cillard, and Tralee Parnells played their own adult championship. Diggin knows that some day soon, "Clanmaurice will die out", and players will return to lining out for their own villages.

"We're trying to prepare ourselves for it," she says.

"The likes of myself, Causeway would be my home club. There are girls whose home club would be Cillard. You'd hope that the likes of Parnells, and Killarney are coming up as well. It's not far off. You're talking two or three years before we're back playing in that championship."

Until then, there's still Clanmaurice. This week, with an All-Ireland decider looming, they had just seven or eight players at training with many isolating at home due to being Covid-19 close contacts. On Friday, they were able to name a starting 15, with two more players on the bench, one of them being the pregnant Liz Houlihan.

"We were tipping away over Christmas as much as we could," says Diggin.

"[Our manager] Mike [Enright] is still trying to have some bit of a session, and burn off the turkey and ham from the ones that are there. It is tough to motivate yourself when there is only a couple there.

"It's going to come down to the wire. Everyone of us is going to have to perform out of our skins. We have a small panel. Anything could happen between now and then."

The AIB All-Ireland Junior A Camogie Club Championship 2020 Final, which takes place at Moyne Templetouhy GAA Club in Tipperary this Sunday, January 9th at 2pm and will see Raharney take on Kerry's Clanmaurice. The final will be streamed live on the Official Camogie Youtube Channel.

See Also: Can You Get 15/15 In Our Quiz Of The Inter-County Hurling Year? 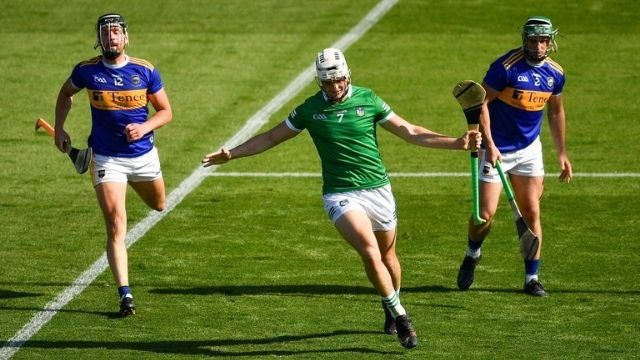