'Cork Have The Ammunition Not Only To Beat Limerick, But To Beat A Lot Of Teams'

Every year Cork don't win the All-Ireland is a disappointing one for Patrick Horgan.

"There are just a couple of things to straighten out and get right on our side, and we’ll be back being competitive with Tipp and the likes," he says, speaking at the launch of Sports Direct's five-year sponsorship deal with Cork GAA.

"Shooting efficiency is one. Our use of the ball, which is every team’s one I suppose.

"In general, how can we just get to a level of performance where we’re competitive all the time.

"We flash into games. We’ll be electric and then we can fade out for 10 minutes. In those 10 minutes you can lose the game.

"We drew with them down in the Páirc that summer, we beat them in Limerick twice. There was never too much between us and they know that as well.

"So as a head to head in the last three years, I’d like to know who has the upper hand. So I think we have the ammunition not only to beat Limerick, but to beat a lot of teams – that’s the same attitude as all teams will have about their own team but I think we’ve a really good team.

"It’s not all about strength - we’ve a lot of pace, a lot of hurlers. At the end of the day, if you go to the gym all year – it won’t guarantee anything. You need to combine everything and get the best out of yourself and I think we can do that."

If it came down to a choice between last year's short, sharp championship and the round robin Munster format of previous years, Horgan would choose the latter. He's a hurler who just wants to hurl.

"Playing weekly is a bonus for anyone," he says.

"Whether you have a game once every week or once every two weeks, you are going to be training hard in the break week anyway. You might as well be playing games.

"I found the [Munster] Championship, ran over a month or something, the round robin, you played two weeks in a row and then a week break. I thought that was brilliant. You have no time to feel down. If you feel you could have done something differently, you don't have to wait that long. It's six or seven days and you can try to right the wrongs.

"As players all we want to do is play. You look at the NFL season. They play 16 weeks in a row with one week break. I'd love that with hurling, that you could just play weekly.

"It's probably a sport where we overtrain. We probably kill ourselves and don't play enough games for the amount of training we do. The more games the better."

The NFL's weekly format is not the only reason for American football being on Horgan's mind. He's a New England Patriots fan hoping their former quarterback Tom Brady can win his seventh Super Bowl this weekemd.

"God, I haven't even slept over this," says Horgan about the possibility of Brady, now aged 43, leading the Tampa Bay Buccaneers to a Super Bowl win.

"God, I hope.... I have to see him winning it. It's just, even the way his teammates talk about him, he's obviously the ultimate teammate and I've been following him for a long time now.

"I'm getting a bit of heat off a few fellas, because I'm a Patriots fan but I'm following this fella!

"I can't wait for the match, it's going to be a good one. But I think they're going to do it alright. He's just a couple of steps ahead of everyone, all the time."

Sports Direct’s new five-year sponsorship deal with Cork GAA will see Sports Direct support the men’s senior, Under 20 and Minor teams in both codes and provide a new personalised boot partnership for the senior panels. The new Cork GAA jersey was also launched this week and celebrates the three core pillars of school, club and county, that together, form the foundation of Cork GAA. The newly-launched jersey is now available exclusively through Sports Direct Ireland online https://ie.sportsdirect.com/, until stores across the country re-open. Photo credit: ©INPHO/Dan Sheridan

Ian Maguire: 'I Have A Bit Of Structure To My Day. Work From Home 8-4, Do A Bit Of Exercise' 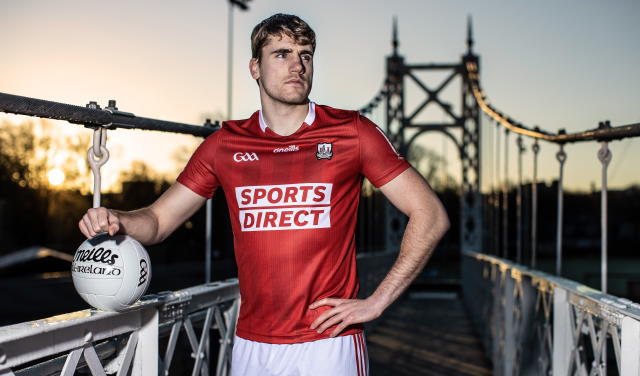 GAA
6 days ago
By Gary Connaughton
Ger Loughnane Backs Introduction Of Black Card In Hurling
GAA
1 week ago
By Balls Team
Ranking The Top 6 'Outside Managers' In The History Of Inter-County GAA
GAA
1 week ago
By PJ Browne
Once Told He Wasn't Good Enough, Gearóid Hegarty Now Hurler Of The Year
Previous Next