It's a stat you've probably heard already this autumn but it is one worth repeating. Paudie Maher's championship appearances record is remarkable: since 2009, the Thurles Sarsfields man has started every championship game for Tipp - 54 in all - and missed just 26 minutes of action.

"I would say it's 80 per cent luck," Maher says modestly, speaking at a Littlewoods Ireland event on Tuesday.

"Injuries have a lot to do with it, you'd see lads picking up niggles here and there and it might curtail them for a game or two in the championship.

"I've been lucky enough that even if I have got a niggle, I've been able to play through it. You do put in the effort. You do the recovery and do the stretching and everything to help the body as much as you can.

"Obviously when you're getting older as well it does take longer to recover so you have to be smart about what you're doing as well.

"There are occasions too where managers could have whipped me off once or twice but obviously stuck with me for some reason."

August's win over Kilkenny was Maher's third time being involved with a Tipperary All-Ireland victory. Already a five-time All-Star, he's on course to win a sixth this Friday.

When his inter-county career began a decade ago, Maher thought the peak of inter-county professionalism had nearly been reached.

"The bar is being raised the whole time, through fitness and testing and everything we go through throughout the year.

"So you just wonder when it’s going to stop. I’m just going to try and get the most of it, whatever time is left." 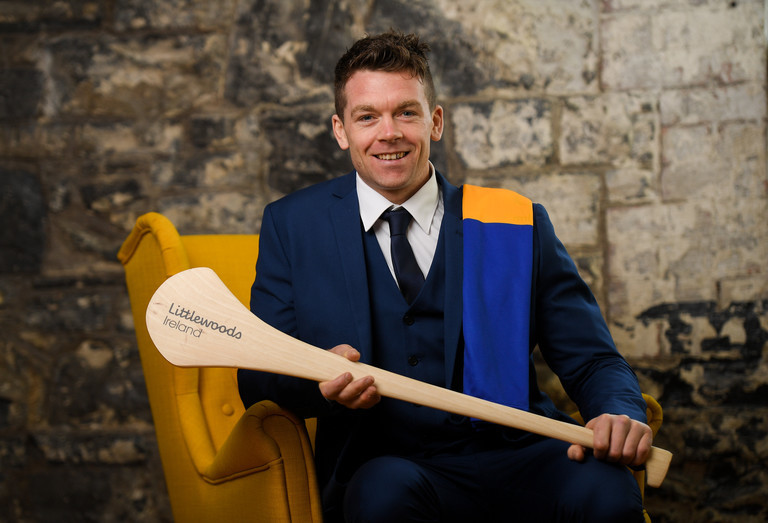 Reigning All-Ireland hurling champion and Tipperary half-back Padraic Maher is pictured at the announcement that Littlewoods Ireland will renew its sponsorship of the All-Ireland Senior Hurling Championship, the Littlewoods Ireland Camogie Leagues and the GAA Go Games Provincial Days for three years until 2022. Photo by Ramsey Cardy/Sportsfile

The 30-year-old works as a community guard in the Moyross area of Limerick, a role he moved into at the beginning of this year. Prior to that, he had been stationed on Henry St in Limerick's city centre. His new position means work hours which are more amenable to the demands of inter-county hurling.

The hours weren’t the best for me, working alongside the hurling. So thankfully that’s changed. It’s really enjoyable. I’m enjoying both sides of it, instead of struggling through it before.

You need that too because the commitment you’ve to give, the way it’s gone at the moment in the hurling championship, you’ve to commit 100 percent to it or else you’ll be found out.

Though there were those couple of years where balancing work and his sporting career proved tricky, Maher would not alter his choice of career.

"In this whole situation," he says of the inter-county game, "you’d be living in kind of a bubble where you think nothing is going to harm you.

"You think you’re up on a pedestal and everyone is different. But then you go out and you see real life experience like that; it hits home because you want to be enjoying this and getting the most out of it while you can because you think losing an All-Ireland final is the worst thing of all time but there’s people who are feeling 10 times worse than what you’re feeling after a game like that.

"It kind of just brings you into the real world more; seeing what you’re dealing with, what families go through, what people go through in their lives. You’re just saying to yourself, I’ve no worries really. Once you have your health, you should be able to enjoy life.

"After you come across one or two scenarios in the job, it just becomes second nature, like any job.

"Look, you take little setbacks in your sporting life. I wouldn’t have said that seven or eight years ago. I would have been all consumed into hurling - maybe that’s not healthy or good for you.

"If you come across a setback or anything, then you’re putting yourself down about it. Now you’re more inclined to think that things could be worse. You learn from your experiences and just go on and move forward."