After scoring 10 points in his senior inter-county debut for Tyrone during May's league defeat to Donegal, Paul Donaghy felt the spotlight shine bright on him.

"To be honest, I sort of tried to block it all out because I know it's only a distraction," he says.

"You could see stuff even popping up on Facebook. It was nice to get off to a good start, but in football it's all about the next game."

That his Tyrone chance arrived this year and not in last year's championship raised eyebrows. Donaghy was the top scorer in the 2020 Tyrone SFC, hitting 31 points in four games as his Dungannon Clarkes side won their first title in 64 years. As cases for a call-up go, it was a good one, but there was no shout from Mickey Harte.

"It was maybe a wee bit surprising for people that I wasn't [involved] but that's in the past and I'm here now and I'm enjoying every second of it," says the 22-year-old, who played at minor and U20 level for Tyrone. 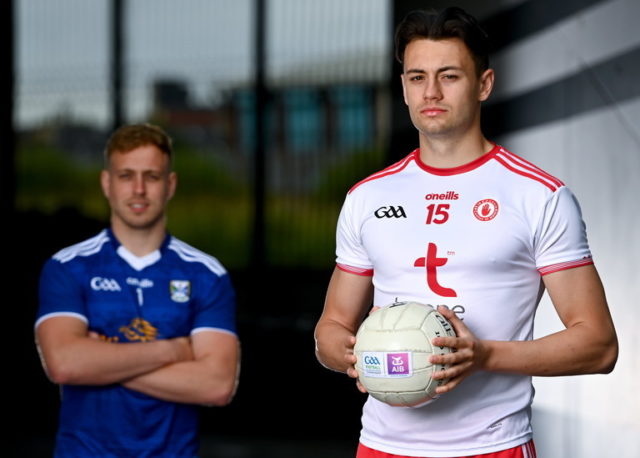 Last season was Donaghy's first with Dungannon after transferring from the nearby Edendork.

"I live in Dungannon," he explains about the move.

"I always lived there and I went to primary school in Dungannon. All of my friends were Dungannon Clarkes' boys and I sort of nearly always found myself up at Clarkes training even though I wasn't playing with them.

"I just always wanted to play with my best friends and I just thought that it was the best time to do it and it turned out well so far. I really enjoyed.

"Regardless of winning the championship, they're a great bunch of players, it's just great to be with them and they're all very ambitious. We want to go on and win more which is exciting because everybody is going to be doing their level best to make sure that happens."

Mickey Harte departed as Tyrone manager in November with Feargal Logan and Brian Dooher later installed as joint managers. Just prior to Christmas, the new management team held trials, and Donaghy got a call.

"Feargal rang me and just said, 'Do you want to do this?'" Donaghy explains.

"I would nearly tell myself that pressure shouldn't exist because it can only impact you negatively. You go up, try to do your best and forget about the outcome.

"I went along to it and they were happy with me. They just said 'you're on the team' a few weeks later. Then Covid hit again and there was the second lockdown and there was a bit of time off. Then we came back again, the panel was picked and we just got into it.

"It's a really proud moment for myself, my club and my family, to be a part of it. The way people think about football in Tyrone, it's a massive honour to be a part of the panel at any stage in your career.

"The professional element of it and all is very enjoyable. You learn a lot so quickly, getting the opportunity to do things like play on the TV and play in those big football grounds. It's very enjoyable.

"It is definitely a wee bit faster and a bit more physical [than club football]. You've less time on the ball. You get on the ball less. Everybody has a good skill set. They are more than capable of taking scores.

"The amount of dedication that's required. You give up a lot of your week to do it but it's not really too much of a challenge because it's very enjoyable as well."

Paul Donaghy was in attendance at the launch alongside Pádraig Faulkner, Kingscourt Stars and Cavan, as AIB celebrated the return of summer football and the reignition of county rivalries nationwide ahead of some of #TheToughest games of the year. 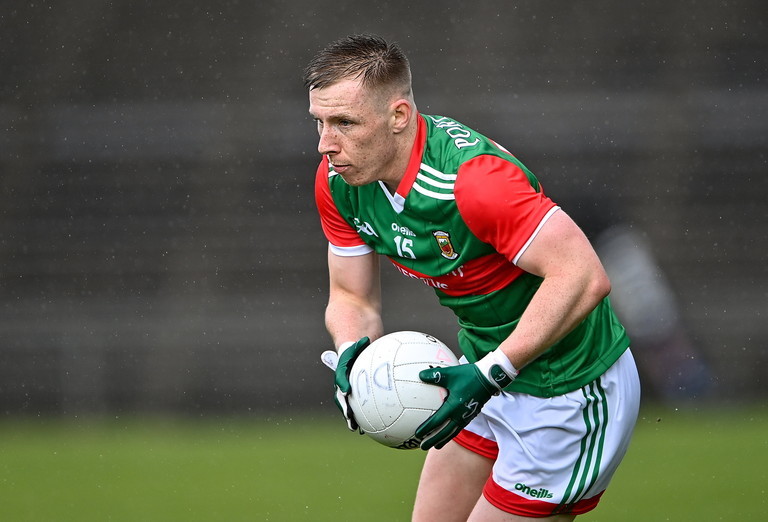