When the time finally arrived earlier this year for the Dublin footballers to resume training, it was a strange moment for Paul Mannion: For the first time since 2015, and just the second time in nine seasons, he didn't have to pack his Dublin gear bag and make the trek Northside.

In January, it was announced that the six-time All-Ireland winner would be stepping away from the panel.

"It was only earlier on this year, when they started thinking about putting plans together for the 2021 season, that I started thinking, 'OK, I need to make a decision now if I'll commit to the full year' because I didn't want it dragging on for the year or throughout the season, and being a distraction then," he explains at the launch of PwC's celebration of the 50th anniversary of the All-Stars.

"It was something that I thought about, and decided on, pretty quickly. I had talked to enough people about it, and felt comfortable and secure in my own head with the decision. I just went for it then.

"It’s just the day-to-day and week-to-week commitment that you have to give to be at your best when you’re in that time. It’s not just training hours, it’s travel time, it’s prep time, it’s meeting time, it’s making sure you get home to get your sleep in, eating the right food, recovering properly. Doing your homework, reviewing the opposition or your own matches, it is a huge commitment when you add all that up.

"It just got to the point over the last year or so that I was struggling to hold myself to the standards that I had in the time gone by. I found myself keen to spend time on different things.

"Even last year, having the time off because of Covid, fed into the thought process. Suddenly, when football stops and you don’t have to go to training and matches, you realise that 'wow', how much spare time you actually do have. Then, when you try different things, you get thinking, 'What if there wasn’t football, what could I do then?' You get a flavour for life outside and that may have fed into the thought process." 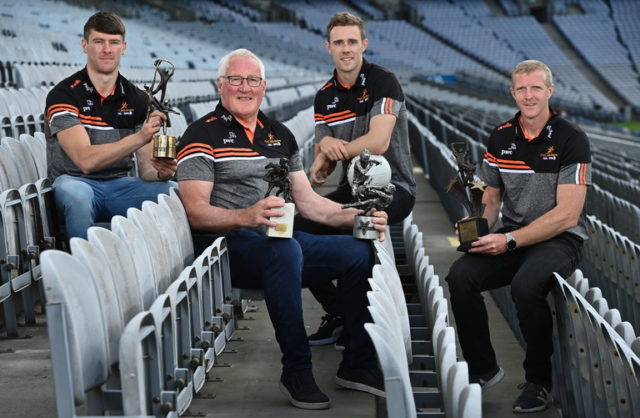 Mannion adds that he hasn't stepped away due to a lack of motivation. December's All-Ireland final victory against Mayo felt as good as his first in 2013.

The 28-year-old, a three-time All-Star, says the conversations with Dublin manager Dessie Farrell and his teammates about leaving the panel were "difficult".

"Dessie brought me into Gaelic football really at minor, and it was a particularly tough decision to make with him as manager because I feel like I do owe him so much, and I’m so grateful for the opportunity he gave me," says Mannion.

"It was a challenging conversation to have with everyone, but also at the same time, as with everyone else on the team, he was fully respectful and understanding of my decision once I’d talked through about my headspace and where I was at. I’ve had good chats with him since, caught up, nothing to do with football.

"Some [players] were surprised. Most were totally understanding. They are all my best friends. I've been playing with them for so long, and they know me. They were fully supportive.

"It was emotional. Telling the players themselves was probably the most difficult. They are the people you soldier with for years and years. To step away from that is pretty sad."

A return to the Dublin panel, one day, is a possibility which has not yet crossed his mind. The Kilmacud Crokes player is still discovering all the opportunities which not being an inter-county footballer provides.

"It's just about not [having to check] your schedule two or three weeks in advance to see can you commit to something; just to be able to decide on the day if you want to have a drink, go out somewhere tomorrow.

"It's just the freedom to pick and choose what you want to do at anytime. A bit of soccer, a bit of golf, hacking away at a guitar as well, trying to learn that. That's really it.

"I haven’t thought about [making a comeback] at all, really. This time last year, I wasn’t thinking that I wasn’t going to be involved this year.

"I generally just take one year at a time and see how I feel at any given time. If what I’m doing is making me happy and I’m enjoying it, I’m happy to go again for another year and I will.

"I try not to think or plan too far ahead, because when I do plan too far ahead, it generally doesn’t work out that way! I’ll just take it one year at a time and who knows, if in a few years I’m fit and healthy, and I’d like to give it a go [I might], but it’s not something I’ve really thought about to be honest. 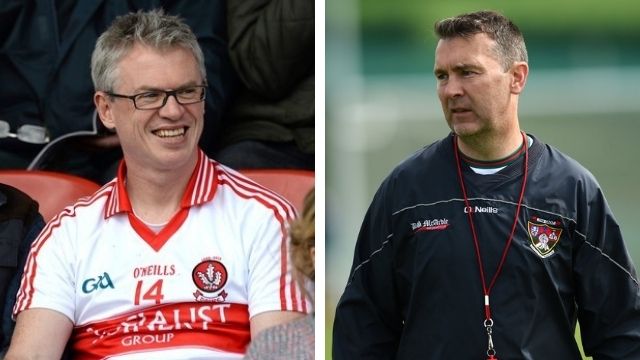