This year is the 50th anniversary of the PwC All-Stars. To mark the milestone, we've convened two expert panels and given them the unenviable task of picking their 15 for 50 - the All-Star team of the All-Stars! 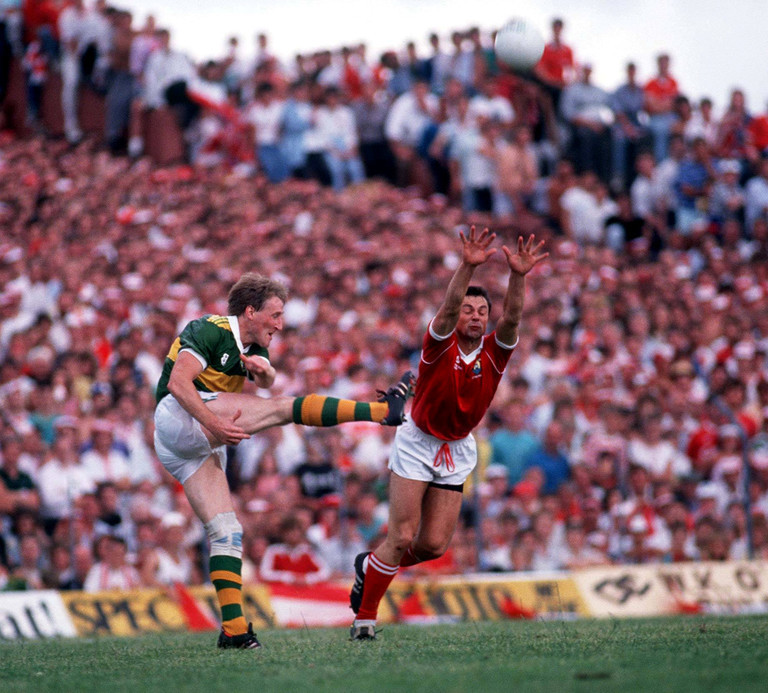 23 July 1989; Pat Spillane of Kerry in action against Anthony Davis of Cork during the Munster Senior Football Championship Final match between Kerry and Cork at Fitzgerald Stadium in Killarney, Kerry. Photo by Ray McManus/Sportsfile

"For those that don't remember Pat Spillane playing, he was up and down the pitch," said Canavan.

Canavan opted for the Meathman.

"Would Meath have won those All-Irelands without him? Absolutely not," said Canavan.

"He brought a cleverness, a thought process to the game, he was able to win his own ball, set up the inside men time and time again with precision passes. He was a score taker, a finisher."

"A natural centre-half forward to me was Larry Tompkins," said Canavan.

"He had the ability to do everything, pushed himself through the pain barrier. Would Cork have won those All-Irelands without Larry Tompkins? Categorically, definitely not. He was unmarkable for a few years. His free-taking, scores from play, points in those All-Ireland finals."

Last week we brought you the @PwCIreland All-Stars "15 for 50" hurling XV, this week it's the gaelic football XV.

Ahead of the release of the full team on Friday, have a look at who Peter Canavan has in his half forward line.#PwCAllStars #15For50 pic.twitter.com/gpuKsvBgU1

See Also: Who Is The All-Star Midfield Duo Of The Last 50 Years? 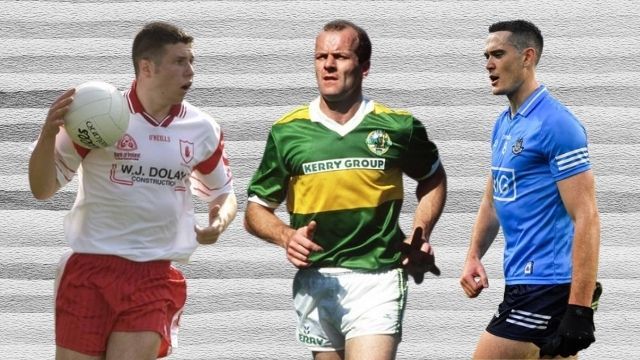