Considering the dominance of Dublin over the last few years, it feels somewhat strange going into an All-Ireland final having no real idea who is likely to win the game.

The clash of Mayo and Tyrone throws up one of the more intriguing deciders in recent memory. Both teams have struggled at times over the course of the year, but both have also played some scintillating football at times.

Few pundits have gone out on a limb to definitively predict who will come out on top in Croke Park on Saturday evening, although Peter Canavan feels that one key area of the game will have big say on the outcome.

Speaking to Sky Sports, the former Tyrone star said which ever team coughs up less turnovers to the opposition should be in a strong position to life the Sam Maguire. Despite this, he is still backing a draw.

It is going to be extremely tight, and it's a game where both teams prefer the running game. Going on the semi-finals, they're both reliant on turn-overs. Both teams are experts at it.

When it comes to the origins and the source of their scores, turn-overs would be the highest. It's whatever team doesn't give the ball away much.

But these teams are going to get opportunities to kick the ball in at some stage. We spoke about Aidan O'Shea, it could be a long ball into Mattie Donnelly that sets up a goal.

Remember the last time an Ulster team played Mayo in the final, Donegal [in 2012], the big high ball that went in at the start finished up in the back of the net. So it's very small margins.

Mayo have had difficulties in so many finals getting over the line. I could see them winning, going into the closing stages, and I could see Tyrone coming back and snatching a draw.

With Canavan's fellow pundit Kieran Donaghy also predicting a draw, you can get the sense how tight this final is expected to be.

With 42,000 spectators in the stands, it should be a cracking occasion.

SEE ALSO: No Bad Blood, But Mayo And Tyrone Have Given Each Other Reason To Believe 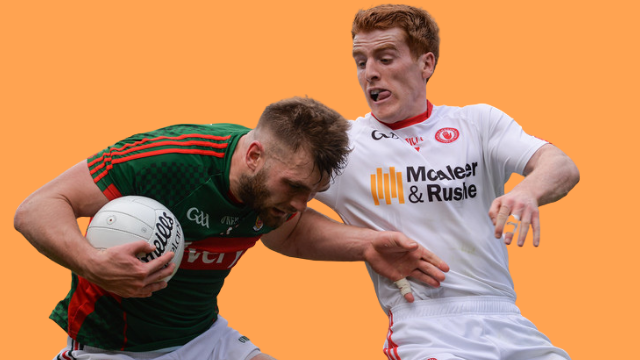