Can anybody stop Dublin winning a seventh consecutive All-Ireland title this summer? If there is one team capable of doing it, you'd imagine it would be Kerry.

After a thoroughly disappointing exit in last year's competition, they seemed primed to make a deep run in the 2021 edition.

While there is no shortage of talent in their squad, David Clifford will be the key to any success. The 22-year old is arguably the form footballer in the country in the moment. He has everything you want in a modern forward.

Speaking to Sky Sports ahead of the start of their championship coverage, Tyrone legend Peter Canvan said that he is confident that Clifford has the ability to lead Kerry to the Sam Maguire and end their uncharacteristically long All-Ireland drought.

You could possibly have wondered a few years ago, can he do it on the big stage? He has. He has done it. Every time he goes out, he performs to a very high standard.

When he's targeted with a man-marker, he can bring other players into the game. We witnessed that against Tyrone, when close to goal, it wasn't about him scoring.

His decision-making, his slight of hand, the work he does off the ball just to create a yard or two of space has improved. So it makes him exceptionally hard to mark...

Despite the fact that he's only 22 years of age, he doesn't play like a 22-year-old.

Don't forget the size of the man. There was a picture of him and Padraig Hampsey taking the toss prior to the Kerry-Tyrone game. Hampsey is well put together, but David Clifford made him look small!

He's massive. He can win his own ball. He can push defenders out of the way.

Look at the way that Michael Murphy was able to drag Donegal from being in a low enough position to win an All-Ireland. Without a doubt David Clifford is capable. He appears to be doing that. He has matured. He has shown leadership qualities.

Can he lead Kerry to an All-Ireland title? Absolutely.

He certainly has the talent to do it.

It remains to be seen if this is the year Dublin can finally be stopped. 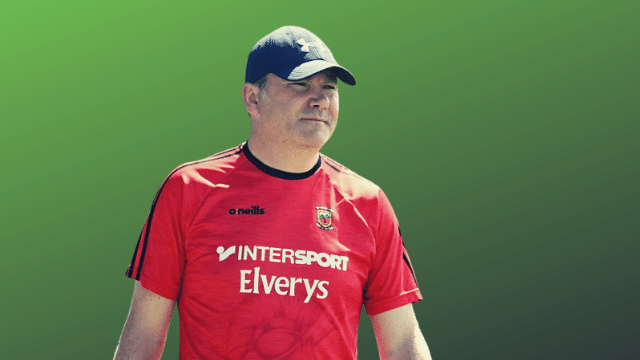