It was always likely that Dublin's eventual surrendering of their All-Ireland crown would lead to somewhat of an autopsy on how they had finally handed over the trophy they had gripped so tightly over the last seven years.

In the aftermath of Saturday's loss to Mayo, many have been quick to offer up potential reasons as to why The Dubs have failed in their quest for a seventh consecutive Sam Maguire.

The off-field issues in the camp, such as their covid training breach and the furore around Stephen Cluxton's absence, are obvious reasons. Fatigue is another, while some feel that Dessie Farrell isn't up to scratch when it comes to leading the team.

The Na Fianna club man may have won an All-Ireland last year, but it has been suggested that the perceived dip in standards in 2021 would never have happened under Jim Gavin. Peter Canavan feels this narrative is unfair.

Speaking on Sky Sports' Inside The Game,  the former Tyrone star said that a step backwards was inevitable when you consider Dublin's exploits over the last decade.

A number of those deeper rooted issue that you mention, we don't know. It's hearsay a lot of it and we don't know for definite.

What I do know from playing the game, every player has got to have that deep rooted hunger to succeed and a willingness to put your body on the line.

Dublin did have the players, but to do it time after time and year after year takes some doing. That's why some players weren't ready to make that sort of commitment again, so they walked away.

We heard a number of commentators saying how they felt a number of the Dublin players that were playing this year were bored, that they didn't have the same zest, the same energy.

That comes from winning on a regular basis. Maybe the enjoyment wasn't there.

To label this to just being the way Dessie Farrell was taking over is a bit unfair to him. It was a poison chalice that he took over.

To me, what we witnessed was inevitable. It was going to happen at some stage and now Dublin have finally hit the wall.

It is true that it was not possible for Dublin to keep this run going forever, although the question as to whether Jim Gavin would have managed to sustain it for longer is an interesting one.

SEE ALSO: There Was A Feisty Debate Between Oisin McConville And Paul Flynn Over Small Tackle 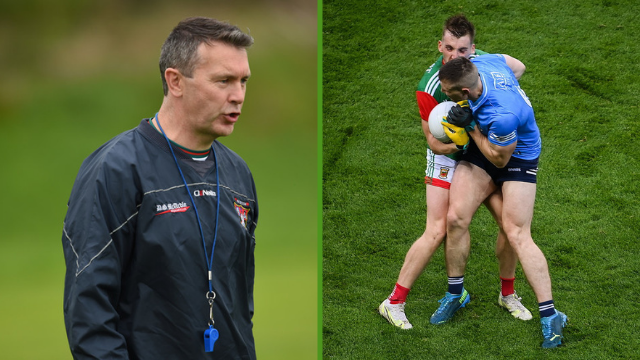