Following the 2016 GAA Congress, only four motions were accepted from the 65 proposals that were brought forward at the end of February.

And one of the few which acquired the two-thirds majority, was motion five which related to the replacing of U21 inter-county football with the U20 age cap. The new competition will be played exclusively during the summer months and participants will be prohibited from playing with the senior inter-county squads.

The purpose of abolishing U21 football is to curb the plight of burnout which the GAA contends is a problem that primarily affects those in the 18-21 age bracket. But former All-Ireland winning captain Peter Canavan is one person who certainly does not agree with the thinking behind this change, which will come into effect from 2018 onwards. 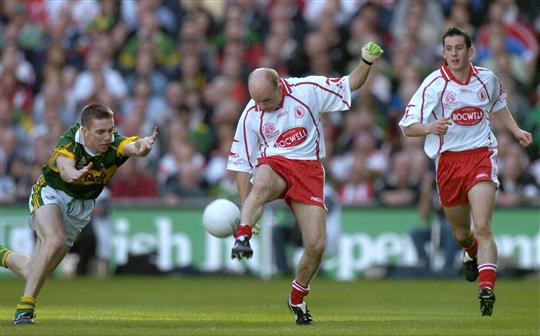 Speaking to the Irish News this week, Canavan, who is currently involved with the Tyrone U21 management, said that the abolition of U21 football is merely 'change for the sake of change'.

It's hard to believe, hard to fathom, especially with the drop-out rate in Gaelic football. Young lads in their early 20s, that's the time that the majority of lads drop out of football, and here we have a very good competition that has stood the test of time.

It's the perfect blooding ground for getting players ready for senior football, and yet they're doing away with it. I'm extremely disappointed, I think it's change for the sake of change, and not based on proper reasoning.

And while Canavan also conceded that burnout in the GAA is a problem, he says that only a 'small percentage' of U21 players are suffering from fatigue and that there was no need to interfere with the grade.

There's no doubt that fixture scheduling is a major problem in the GAA. But I think that by doing away with the U21s they have pressed the panic button. There were other options and ways in which they could have got around that.

The majority of our players, for example, will not be suffering from player burn-out, because they're not drawn here, there and everywhere. You're talking about five per cent of the team possibly.

The introduction of the mark, reducing the minor age-group from U18 to U17 and allowing the winners of the Christy Ring Cup to enter the Leinster hurling championship quarter-finals, were the other motions which were passed.