While most people agreed with the decision to push the All-Ireland semi-final between Kerry and Tyrone back to this afternoon, there hasn't exactly been universal praise for the way the Ulster county have conducted themselves throughout this affair.

Some have suggested that they gamed the system by having the fixture pushed back even further, while their coaching staff's stance on covid vaccination has also rightly been questioned.

However, Peter Canavan feels that some of the comments made in recent days have been unfair.

Speaking on Sky Sports ahead of the game against Kerry, he said that his county had in no way sought an unfair advantage with their actions over the last number of weeks.

"It's disappointing to hear that a lot of people think this has been a cunning ploy by Tyrone to give themselves an unfair advantage..."

Preparation, as far as I know, has went well. I think everyone has been out on the pitch this week.  The extent of training they have done individually I'm not too sure about.

Tyrone are delighted we're here, we have a chance to play in an All-Ireland semi-final.

The commentary seems to have shifted somewhat. A couple of weeks ago I thought it was unanimous, everyone thought the right decision was made (to push the game back).

It's disappointing to hear a lot of people think this is a cunning ploy by Tyrone to give themselves an unfair advantage. I don't think that's the case.

There is serious pressure on these boys now, they have to go out and deliver. They got the extra week, now they need to make sure they put in a big performance and make this game competitive.

Giving Kerry a walkover in this fixture was always a non-runner, although many are of the opinion that the game should have been played last week. The fact that Tyrone have not exactly helped themselves in regards to their covid policies has also been something of an issue.

However, everyone should be able to agree that seeing both of these teams face off as close to their peaks as possibly was the main priority. 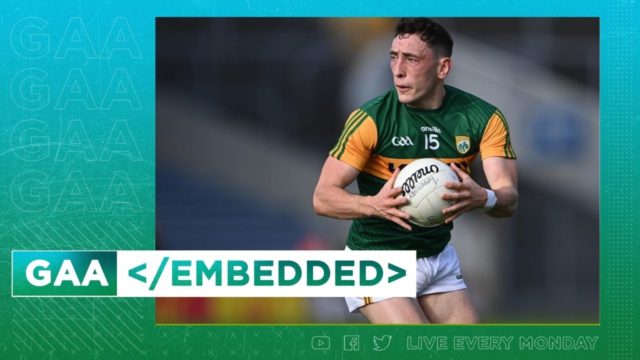