Peter Duggan constantly describes himself as lucky. It's curious that he thinks that way, using a word which should be reserved for lotto winners, third-choice goalkeepers in a World Cup-winning squad and sports clubs in Shane Ross's constituency.

Perseverant is the right term for the Clare hurler.

He was fortunate early in his inter-county career: in just his second year involved with the panel - his first full season - he won an All-Ireland.

Where he finds himself now has nothing to do with good fortune. It has just been about a dogged desire to become one of those on the pitch for Clare when the referee throws in the ball.

This year was Duggan's seventh on the Clare squad but notable for being the first where he nailed down a place on the starting team. Prior to this season, he had played in only eight championship games and scored just five points. By the final whistle in Thurles earlier this month - when Clare exited the championship after their semi-final replay defeat to Galway - he had a total of 3-76 to his name for the summer.

Last year, following Clare's defeat to Tipperary in the All-Ireland quarter-final, Duggan seriously considered calling time on his inter-county career. He was just 23, had come on as a sub that day and scored a point but ownership of a starting position looked a distant dream.

"I was close enough to packing it in. I was very close. I was on the panel a long time and I couldn't really make the break on," Duggan told Balls after receiving his PwC GAA/GPA Player of the Month award for July.

"When you're on the fringes then, it's very tough because you're still putting in the same hours but you're not really getting any game time.

"It's very hard to stay going at it. I think one of the hardest things to stay doing is when you can't make the breakthrough but you're still putting in all the hard work." 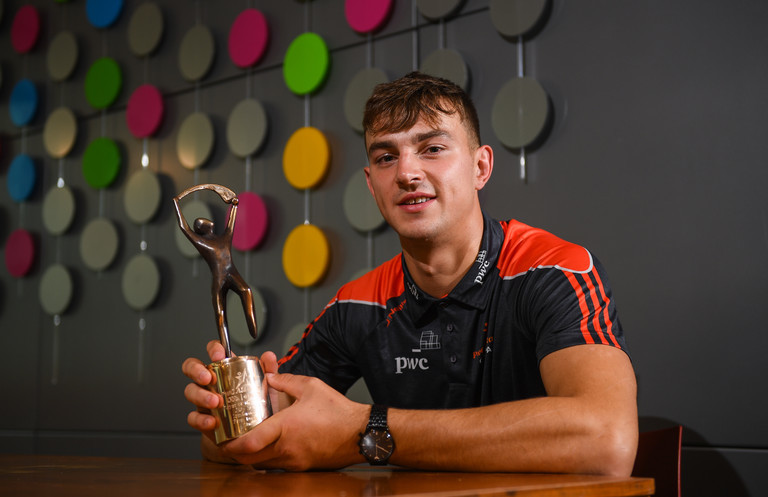 What came next was unexpected. Duggan's club, Clooney-Quin, reached its first county final in 73 years. It was CPR for his inter-county career. His older brother Martin brought the defibrillator.

I'd say if Clooney didn't go well last year, I'd say I wouldn't have gone back.

I just thoroughly enjoyed hurling all last year with Clooney. As a group in Clooney, we just love hurling. It just made making up my my so much easier.

I remember ringing the brother and he was just like, 'Peter, go full hog for a year. If it doesn't work out, if you don't make it again this year, we'll leave it at that and you can't say you didn't try. But just go full hog and see what happens.'

Clooney-Quin lost that final in a replay to Sixmilebridge but Duggan’s zeal for the game was renewed. A week later, he was back training with Clare. They were heading for the States to take part in the Super 11s at Fenway Park in Boston. That was an event where he starred.

It meant the hurley never left his side; his game never lost its edge and those leaves of confidence didn’t drop over the winter.

"I always wanted to be a starter, no matter what. I wouldn't like to be sitting on the bench; I'd take it away like but I'd prefer to be included in the action.

"I always used it as a drive to stay going. When I wasn't playing, [I was thinking] 'You have to be playing, Peter'. That's always what was going through my head. Whatever I could do in training to impress, I would do it. It just didn't work.

"Last year, my form was really down at the start. It was just towards the end of the year that it started to pick up.

"It's hard to describe really. When you're not able to contribute, it's just tough to take really. You'd be low, you'd be down. You try to get motivated again, you'd be lacking motivation then when you're not in the team.

"In general, hurling's all about confidence. The more confidence you have, the easier things are." 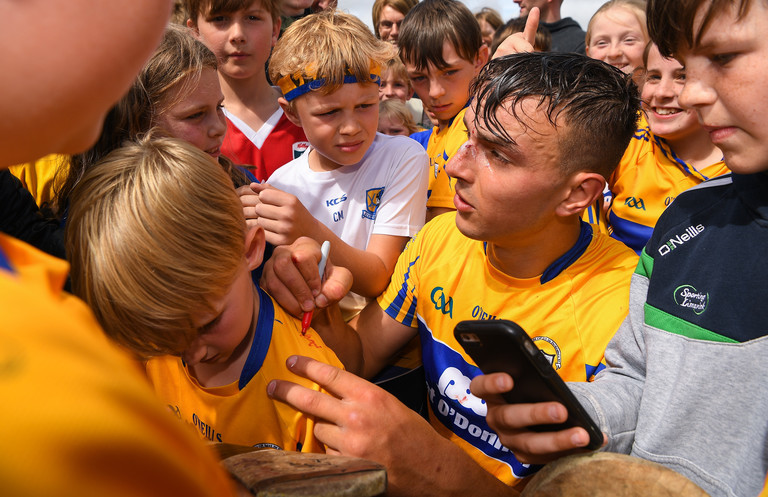 1-69 of Duggan’s championship total came from placed balls. As his spot on the team was set in concrete, his reliability as a free-taker was the cement in the mix and his ability to win ball at puck-outs the sand and gravel.

"You'd have the bag of balls and you'd go to training an hour early and hit 100 frees.

In the summer’s ensemble cast of hurling performers, Duggan was a key character. He seems nailed on to win an All-Star in a championship he knows will go down as one of the greatest.

Even looking at Twitter and The Sunday Game after, the whole place was going mad for hurling. You'd even see the footballers putting up some tweets, 'Jesus, hurling's some game, isn't it?'

It's good to see, good to have a bit of buzz back about hurling, even in Clare. The Clare fans really enjoy this team, they're really behind us now compared to other years.

Duggan’s first year on the Clare panel was 2012. He made his debut in a Waterford Crystal Cup game against Limerick at the Gaelic Grounds. Still in school at the time, he was coming and going from the panel.

His championship debut came the following year - that All-Ireland winning year. Looking back now, he feels that he may have taken the win for granted. It was not appreciated enough. The innocence of youth presumed it would be the norm. Then again, so did most regarding a young Clare team bursting with talent - one with plenty of similarities to this year’s All-Ireland winners Limerick.

"I think it would mean a lot more for me now, personally, if we won one at this age compared to when you were younger.

"I was 18 when we won the All-Ireland. You're still young, you don't know what to expect. You don't know how much it takes to get there.

"I was training for eight months when we won an All-Ireland compared to now I've been training for seven years and we haven't been back to that stage.

"To win it now would mean a lot more and it's the same for everyone on the Clare team."

Limerick’s Aaron Gillane has been awarded the PwC GAA/GPA Player of the Month for August capping off a fine few days for the forward following on from Limerick’s All-Ireland final win against Galway. Tyrone’s Colm Cavanagh picked up the football award for his role in securing an All-Ireland final place for his county following their semi-final win over Monaghan.

The pair were at PwC’s head offices in Dublin today to collect their awards. They were joined there by July winners Conor McManus (Monaghan) and Peter Duggan (Clare) who also picked up their trophies.

See Also: The 2018 Hurling Championship Quiz Of The Year