Peter Keane hoped Kerry's Munster semi-final win against Tipperary on Saturday night will have brought some solace to the people of the Kingdom after a week of hurt.

There were two tragic road deaths in Kerry during the week, that of 14-year-old Thomas Healy in Killarney, and Jimmy O'Connor in a motorcycle accident near Listry.

"This week that we've just had has been very tough in Kerry," Keane told Sky Sports.

"There was a young man who lost his life in a motorbike accident late Tuesday night; we just heard about it as we were leaving the field - a young man from Killorglin called Jimmy O'Connor.

"We buried a great Kerry GAA gael, Vincent Harty. This morning, there was a young man, 14-years-of-age who plays for the Beaufort GAA club, Thomas Healy, and he was laid to rest in Beaufort.

"That is ultimately what is most important, that sense of community and togetherness."

Peter Keane was pleased to deliver a win for the people of Kerry after a difficult week in the county... pic.twitter.com/o4LQPj4ECG

"This was a very difficult week. I would hope that by our performance tonight, that we have brought some joy to the people of Kerry who didn't get the opportunity to come up here but were able to watch it on television or listen to in on the radio.

"That is what's ultimately important: That sense of community and togetherness." 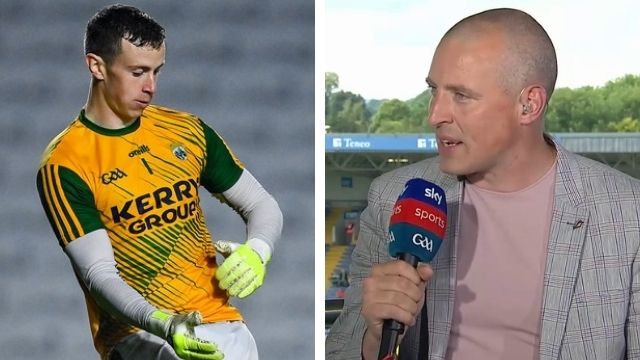