Bar not being able to compete for the Leinster and All-Ireland club titles, 2020 ended well for Philly McMahon and Ballymun Kickhams at the weekend.

Ballymun won their fourth ever Dublin senior football title with an easy 14-point victory against reigning champions Ballyboden St Enda's. It was a game virtually over at half-time with the eventual victors holding a 10-point lead.

"We respect Ballyboden massively because of what they've done over the last few years," McMahon told Dubs TV.

"That respect made sure that we did our homework on them. We also focussed heavily on what we're capable of doing. Luckily enough, it just clicked.

"It's great to have the water breaks, a new addition to football this year. To win your four quarters in that style, defensively and offensively, that's what happened today.

"We'd love it if the season wasn't ending and we were to go onto a Leinster and All-Ireland. It's the perfect end to the season because the teams we played against, we didn't get it easy. We played against Thomas Davis, the finalists last year; Na Fianna, who knocked us out [last year]; Crokes who are a formidable side, we beat them in the semis; and then beat last year's winners Ballyboden.

"It just brilliant in these circumstances, the pandemic that we're in, that we can bring a bit of happiness and positivity to the area of Ballymun."

McMahon remembered Declan Small, father of Ballymun players John and Paddy who were part of the winning Ballymun team at the weekend. He had also been the long-time chairman of the club.

"It's a very emotional win for the two Small boys with Declan who was a great servant to the club," said McMahon.

"There's other members of the club who are isolating who would normally be up in the club everyday. Just to bring a bit of happiness to them is an extra bit of added value to what we've done.

"It was an achievement in a pandemic. The situation that we're in, and what we've achieved, it's going to be something that we'll sit in a bar in a couple of years - I'll be drinking water - looking back and hoping that we've influenced the next generation." 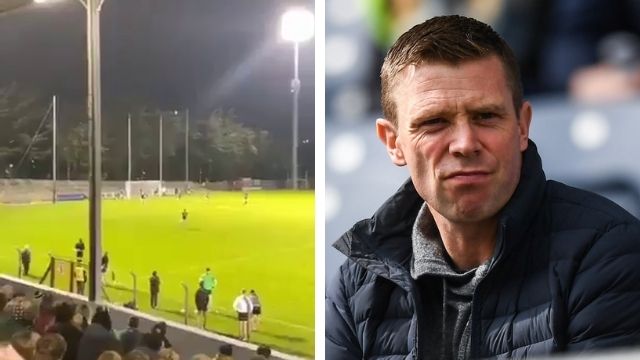