Philly McMahon Hungrier Than Ever To Aid Dublin Cause

As part of our GAA Embedded coverage, each week we will profile a player in action over the coming weekend. This week, it's Philly McMahon, whose Dublin side face Mayo on Saturday in the All-Ireland football semi-final.

Philly McMahon would not call his role with Dublin this year a struggle or a challenge. It's just different. In Dublin's three championship games this season, he has not played a minute.

The defender was on the bench against Wexford but did not feature; he was named to start against Meath but was replaced before throw-in; and, in the Leinster final against Kildare, he was on the bench but didn't see any action.

Now 33, McMahon has seen other Dublin players go through this phase of their inter-county career. He's studied their approach and taken lessons from them.

Sitting on the bench has provided McMahon with a new perspective on the championship as he watches how teams set up and how certain players operate.

"What I've come to realise is that there's only so much you can control at a certain point of your career," he says.

"Physiologically your body changes but ultimately the mind gets a bit sharper and the other side of it is, something that you love so much is getting taken away from you as you get older because you’re getting close to retirement so your hunger increases massively.

"Maybe it’s because you took it for granted when you were a little bit younger, but certainly you get a bit hungrier. What I struggle with is I love a challenge, so I’ve always seen benefits from negative events in my life. I’ve always seen opportunities. I’m a strong believer that from pain and suffering, there will eventually be opportunities.

"For me, it’s difficult for me to say, ‘Ah well Philly, when you didn’t make that run or you made a mistake, it must be because of your age’. I don’t buy that. It’s because obviously you didn’t do something in training that week to help you.

"Everybody that speaks to you, it’s 'retirement, you’re going to finish, what’s going on?' all that stuff, that’s something that you have to try to, not block out, but process it and use it.

"I’d say a lot of players in their careers got to a point where people spoke about retirement so much that it actually finished their career quicker and they could have played on." 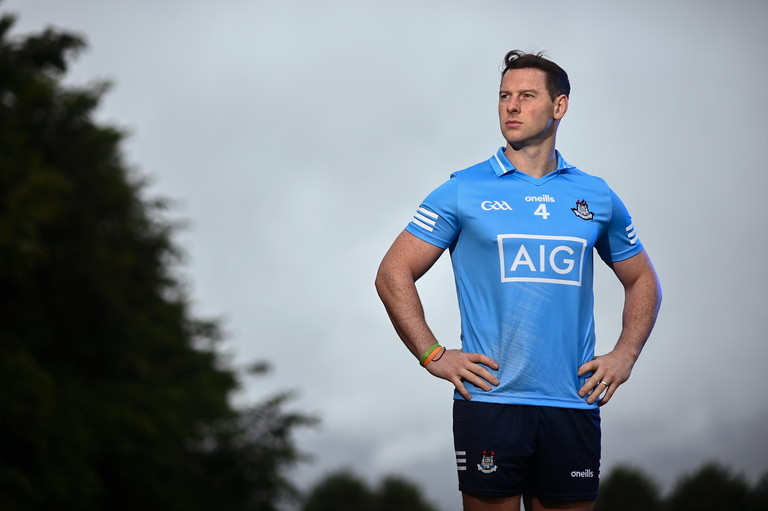 McMahon says talk of Dublin not being favourites for the championship for the first time in many years has fallen on deaf ears in the panel, as has conjecture that Stephen Cluxton's absence will hurt their chances.

"Sure look, everyone wants to take you down," says the eight-time All-Ireland winner.

"So you can get after those things. You can see them as opportunities. But it’s certainly something we haven’t seen. And for me, they’re challenges you want. You want every team trying to expose weaknesses you have, so you can get better at them.

"I’ve no doubt that Mayo will do everything they can to try and outperform us and get the result.

"And so will we. But you’ve just got to be ready. For me, if I’m employed for two minutes to do a job on a tall fella, a small fella – whatever it may be – that’s what you’ve got to do for the greater cause.

"For me, it’s things I’ve seen over the years that players have done, that they’ve done a lot of things that people won’t see behind the scenes at the training ground. Or it could be two minutes at the end of the game.

"If that happens for me, I’ll be there. I’ll be ready. If it doesn’t, I’m hoping that whatever energy I’ve given to the group outside of that has been enough."

See Also: 'There Was Definite Needle': The Fierce And Always Fascinating Kerry-Tyrone Rivalry 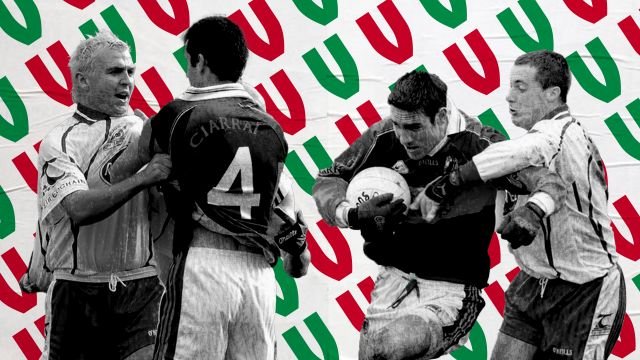 GAA
4 months ago
By Maurice Brosnan
Best Of 2021: 'We Are Always Looking For Role Models. Joe Was That Person'
GAA
6 months ago
By Maurice Brosnan
'Bad Coaching. I Think That Is A Big Problem In The GAA'
GAA
6 months ago
By Maurice Brosnan
Proposal B's Flaws Are By Design, Not Accident
Popular on Balls
Football
1 day ago
By Eoin Harrington
'Ronaldo Is A Cod' - Remembering Eamon Dunphy's Infamous 2008 Rant
GAA
16 hours ago
By PJ Browne
The Draw Has Been Made For Tailteann Cup Opening Rounds
GAA
1 day ago
By PJ Browne
Donal Óg Cusack Defends Dublin Hurlers After John Mullane Criticism
The Rewind
2 days ago
By Eoin Harrington
Watch: Brilliant Dermot Morgan Dublin Segment From 'The Travel Show' Resurfaces