In a bumper weekend of minor football action, we now have our four teams who will contest the minor semi-finals in this year's Electric Ireland Minor Football Championship.

Justifying their seeding in the quarter-final draw, all four of the provincial champions saw off challenges from Kildare, Derry, Roscommon and Clare to leave the eventual destination of the Tom Markham Cup wide open.

The holders Kerry made short work of the Connacht runners-up Roscommon with a 2-16 to 2-7 win in Limerick's Gaelic grounds. Meanwhile, Monaghan and Galway were similarly convincing winners when they met the Leinster and Munster runners-up respectively.

In Armagh's Athletic grounds, the Ulster runners-up Derry came closest of all to breaking the stranglehold of the provincial champions. Yet, Meath's 1-15 to 1-10 win still left the Royal County will a few scores to spare.

Looking forward to the next round of semi-final fixtures in the Electric Ireland Minor Football Championship, the weekend of the 11/12 August will see Galway take on Meath, and Kerry take on Roscommon, in Croke Park. 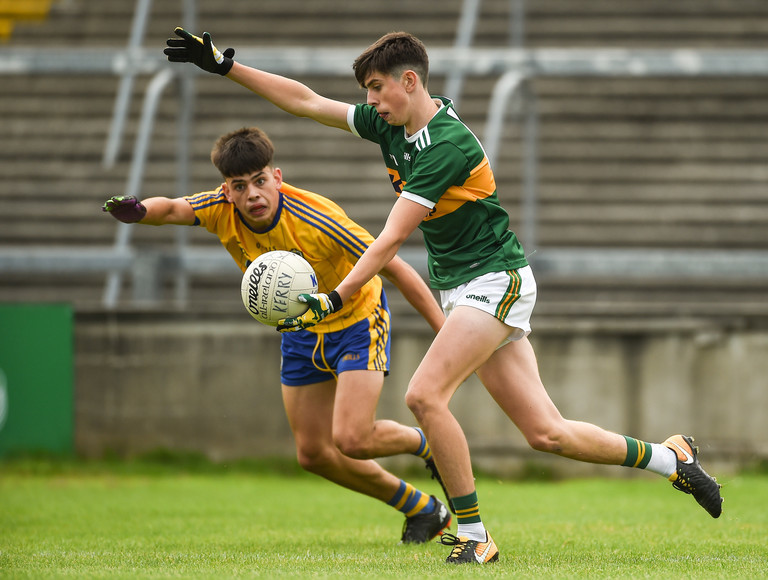 In a weekend of phenomenal performances from the country's best young footballers, three players especially stood out. The Electric Ireland Minor Star Award's panel of Sean Cavanagh and Daniel Goulding highlighted the following three great performances from the weekend's quarter-finals. Have your say your say and go to the Electric Ireland Facebook page to vote for your Minor footballer of the week 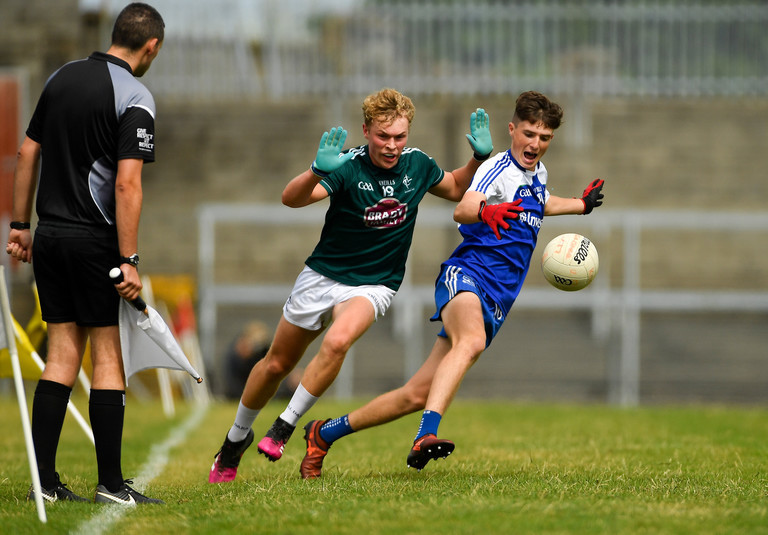 Man of the match as Monaghan edged out Derry to claim only their second Ulster title since 1945, Aaron Mulligan notched up 1-3 in a one-sided quarter-final clash.

Kildare, perhaps a little overrun after expending so much energy during their route out of Leinster, started the game well but could not keep it going long enough to deny Monaghan.

With the sides level mid-way through the first-half, Mulligan, latching on to a fantastic pass from Sean Jones, slotted home the game's first goal and all but ended Kildare's challenge there and then.

Dividing the free-taking duties between himself and Jones, Mulligan's 1-3 probably doesn't do justice to what was another stellar performance from the young forward.

Up next for Monaghan is a semi-final clash with Kerry in Croke Park. Undoubtedly set to offer the Ulster champions a more vigorous challenge, with their structured approach, and the score-taking ability of Mulligan & co., Monaghan will have every belief they can cause an upset.

All Ireland MFC QF: Monaghan 2-11 Kildare 0-8 FT. Well deserved win for Monaghan in what was a poor enough game. Aaron Mulligan looks an excellent prospect, he finished with 1-3

The minor footballers of both counties contested a highly-competitive game of their own in Tullamore this weekend. After being comfortably beaten by Kerry in the Munster final, Clare played with a doggedness that required Galway to do likewise. In Corofin's Tony Gill, the young Tribesmen had just the player for the job.

From his role in the Galway half-back line, Gill's solitary score of the game came at a crucial juncture. Trailing Clare by 0-8 before they could land a score of their own, Galway rallied superbly, and, approaching the mid-point of the second-half, Gill made a bursting run out of the half-back line to land a sensational score that levelled the sides.

From there, Galway began to resemble the side that had so easily overcome Roscommon in the Connacht final. However, they will know that a repeat of their first-half performance in the All-Ireland semi-final clash with Meath will not be possible if they have any intention on winning the Electric Ireland Minor Football Championship. 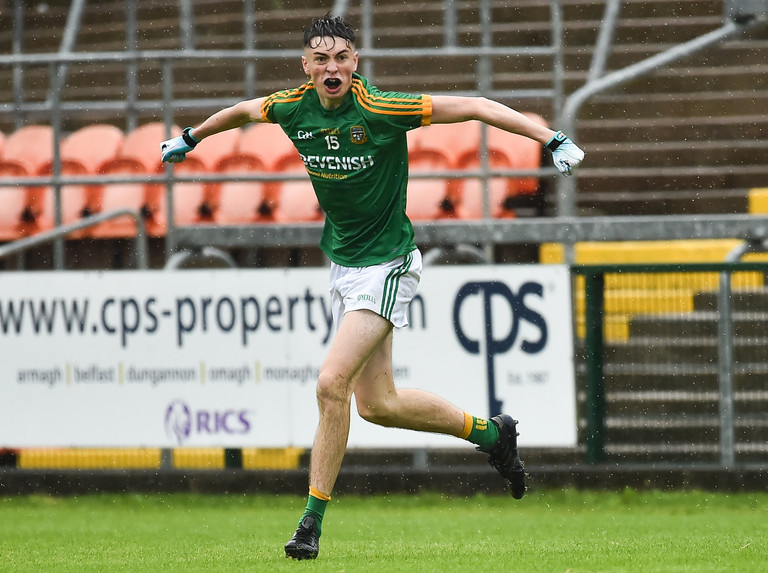 Electric Ireland Man of the Match as Meath ended their ten-year wait for a Leinster title with their final win against Kildare, Luke Mitchell repeated the trick in this All-Ireland quarter-final clash with last year's beaten finalists.

Of the 1-15 Meath converted in the closest of the four quarter-finals, Mitchell was responsible for 1-6.

Ever reliant from dead-ball opportunities (despite the admittedly difficult weather conditions), it was the Dunshaughlin man's goal that would prove priceless as Meath hunt for a first All-Ireland minor crown in 26-years.

Demonstrating his ability under pressure, when Derry had whittled a 10-point deficit down to just a solitary score in a domineering second-half performance, it was Mitchell who stepped up to score three of the game's final four points to secure Meath's passage.

A seriously gifted forward, Meath will need Luke Mitchell flying high in Croke Park two weeks from now to have any chance of overcoming an exciting young Galway side.