Result: The Greatest Gaelic Football Moment Of The 21st Century As Voted By You

We have reached the end of our bracket, in association with Ladbrokes, to crown the Greatest Gaelic Football Moment of the 21st Century and we have to say it has been so much fun. We've rewatched some of the greatest sporting memories of the last 20 years and it's been fantastic.

They're all winners in our eyes but in another, more factually correct way, there is only one winner. And that is the moment voted by you that trumps them all. We started out with about 50 candidates, we whittled it down to 16 and put it to the public. Over the last two weeks you've been voting in your droves and it left us with a final comprising of the two most memorable scores of the century: Owen Mulligan's goal versus Dublin in 2005 and Maurice Fitzgerald's sideline point against Dublin 2001.

Who would win it?

With polls open across our social media platforms and onsite, the results were extremely interesting. The Balls.ie Instagram followers went with Mulligan, the Facebook Stories voters narrowly sided with Fitzgerald. The difference makers in the end were the votes from Twitter and those on the Balls website.

The results from those ballot boxes were more than enough to swing it. We can now offically declare that, with 58% of the vote, the winner of The Greatest Gaelic Football Moment of the 21 Century is ... Maurice Fitzgerald's sideline point vs Dublin in 2001! 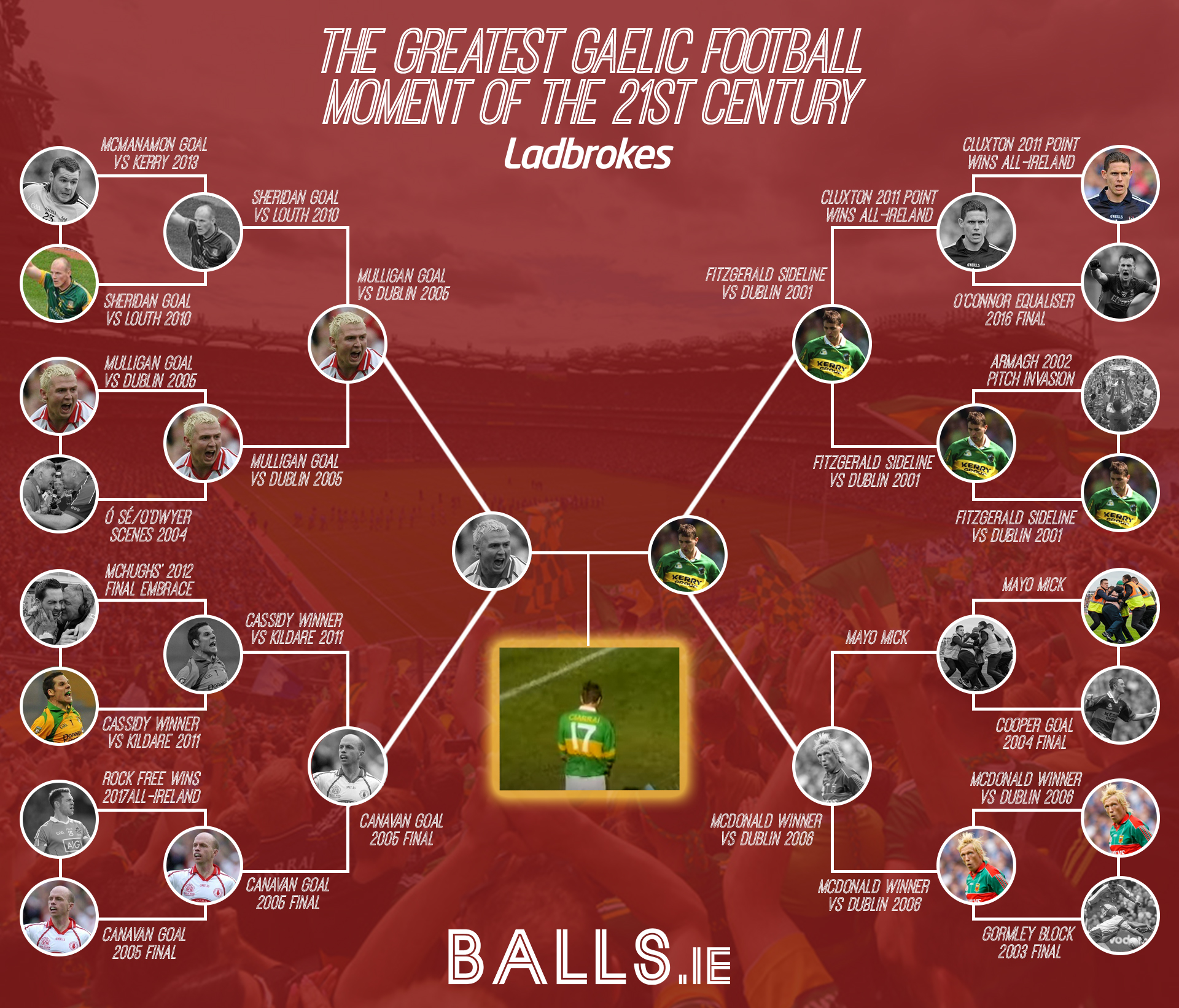 A truly deserving winner, Maurice Fitz's score typified why he is still held in such high regard. The fact that, 19 years laer, we're still talking about a score in quarter-final, between two teamS that didn't even go on to make the final, says it all.

Congratulations to Maurice Fitz and thank you to everyone who voted. If you missed any of the moments, you can watch back all of our top 16 here and some of those that were very unlucky to miss out here.