Rob Kearney says he wouldn't mind returning to the GAA pitch should his career in rugby soon conclude.

The 35-year-old left Leinster last September and promptly signed a one-year deal with Australian Super Rugby side Western Force. He made his debut for the Perth club in February, and made nine appearances in all. Western Force confirmed Kearney's departure last week.

"I'm not really sure," Kearney told the Ian Dempsey Breakfast Show on Today FM when asked about the future of his sporting career.

"I get asked this question every few days and I still don't have any answers. Potentially, I might do another season playing rugby but I suppose, to be honest with you, I've had a little bit of enough of it at the moment. If that doesn't happen, happy days.

"I always loved Gaelic football growing up. I'd like to get back into a little bit of that in a casual way."

Listen in to @KearneyRob mic'd up and driving the @westernforce around the park on debut ?️

Rugby Heaven is live Tuesdays at 8PM AEDT, only on Stan Sport. pic.twitter.com/oSmD3rx5GP

Kearney played football up to senior level with Cooley Kickhams in his native Louth. Aged 18, he played in the 2004 Louth SFC final against St Patrick's, and scored a point as his side lost 0-7 to 0-6.

He also played a minor level for Louth. He played in midfield for the Louth team which drew with Dublin in the 2003 Leinster MFC semi-final. Kearney missed the replay against a Dublin team featuring Ger Brennan.

"Rob was always a great player for us and he was an integral part of the teams he was in," Cooley Kickams chairman Adrian Sheehan told The Argus in 2009 after Kearney won the Six Nations Grand Slam with Ireland.

"He played for Cooley Kickhams in the senior championship final against St Patrick's in 2004.

"He played for the club for many years before he took up a professional contract with Leinster."

After retiring from rugby in 2014, Connacht and Ireland player Gavin Duffy joined the Mayo panel. Though, he did not make a competitive appearance for the county.

In Pictures: Stephen Cluxton Lines Out For Parnells In Dublin Absence 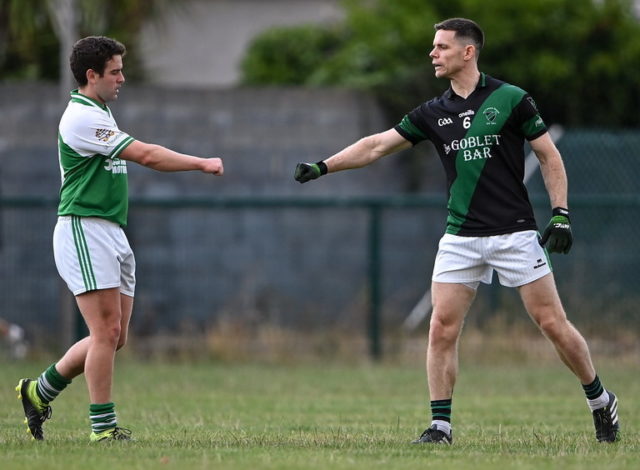