Stephen Rochford has restructured his Mayo backroom team, with former Galway and Sligo manager Peter Ford set to come into the fray.

A former Mayo captain, Ford will be joined in his new role by Shane Conway. The two are currently joint-managers of Aidan O'Shea's Breaffy, and will likely be ratified as selectors at a country board meeting next week according to the Mayo News.

Rochford had been on the search for new recruits after the loss of  Peter Burke, Donie Buckley, and Tony McEntee from his management team.

Peter Ford led Galway to a Connacht Championship triumph in 2005, as well as an All-Ireland u21 championship in the same year. He was also in charge of Ballintubber during their Mayo chmapionship victory in 2014. 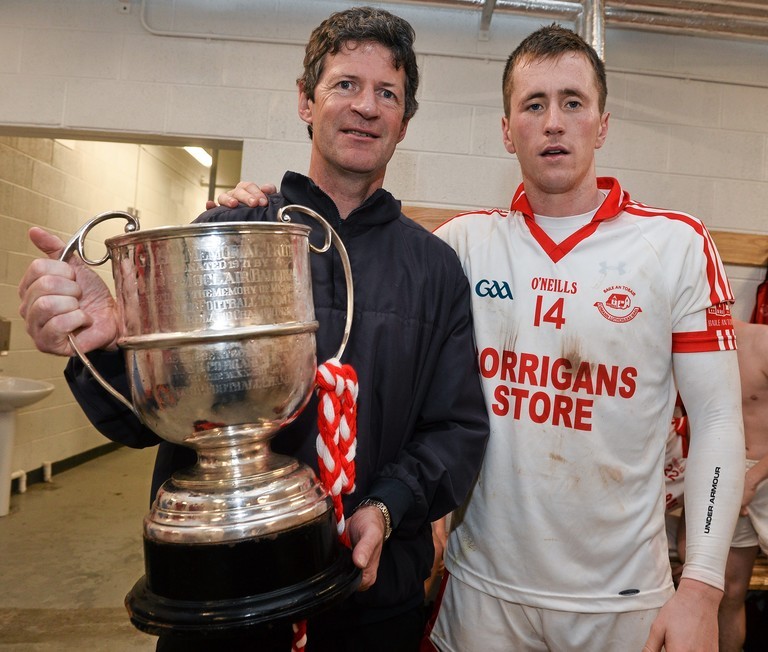 Shane Conway has worked as a coach with a number of different Mayo club teams, and is well regarded in the county's GAA circles.

The change in personnel may rejuvenate a Mayo side who this summer failed to reach an All-Ireland semi-final for the first time since 2010.

A Connacht Championship quarter-final defeat to Galway was followed by a loss to Kildare in the qualifiers, a game which was marred by the 'Newbridge or Nowhere' campaign in the build up.

Many had feared that the best days of this Mayo side were behind them, and it will be hoped that the new management team can contribute to a return to the high standards that this team have set themselves over the last decade.

GAA
1 month ago
By Michael McCarthy
Revealed: The Best Mayo Team Of The Last 30 Years As Voted By You
3