Roger Casements GAA club, which is based in Coventry, has called on the GAA to "immediately and urgently launch an overhaul of their punishments for infractions to match their campaigns and policies" after one of the club's players was the subject of racist abuse during a game.

The incident took place on October 25th during the Warwickshire men's SFC semi-final. The player received a 48-week ban but was allowed to play in the final of the competition. The Roger Casements club believes this shows that "these infractions are not being taken seriously enough".

They have started a petition urging the GAA to introduce a zero tolerance policy when it comes to racism.

In a statement issued on Thursday morning, the club said:

"Following recent events in the Warwickshire Senior Men's Championship Semi-Final, and the subsequent CCC investigation, it is blatantly clear, that - despite the GAA's own "GAA: Where We All Belong" campaign this year - respect, diversity, and inclusivity are not at the forefront of other clubs. We have quietly awaited the findings of the CCC, confident they would protect their players, but we can longer stay quiet when this is not the case.

"Roger Casements stands for, and with, all our players from every background, in every age group, and team, and we utterly condemn the vile racist abusive language that was aimed at one of our players in the aforementioned game. With witnesses, we have provided written statements - and stand by those honest and truthful accounts - that this abuse was IMMEDIATELY reported to the officiating referee. Not only was this left unaddressed on the pitch, but has been denied since. The video footage from the live streaming shows the moment in which the referee was spoken to, and we will not stand by as the organisation, our club, or our club members are held in disrepute.

"Even though the offending player has received a 48-week ban, we do not believe this is sufficient to ensure the safe environment for players moving forward. The fact that the offending club played this player in the Senior Championship Final the following week - and the county board allowed this game to go ahead with the most heinous allegations outstanding - shows these infractions are not being taken seriously enough, by far.

"We appreciate the role of the CCC and the thorough investigations they must undertake - and have done thus far - however we demand more to follow in line with the GAA's zero tolerance for racism policy."

"The GAA's role: This infraction is covered under Rule 7.2, Category IV (ix), and is penalised under Rule 7.2 (e): 'A minimum of 8 weeks suspension. Debarment and Expulsion from the Association may also be considered.'

"In our opinion, we strongly believe there is a serious problem with disciplinary action administered when punishment for committing a racism offence equates to that of other, far less severe infractions -for example, playing an illegal player. This "infraction" has consistently been treated with a 48 week ban from football in the past. Ultimately, this shows a lack of utmost care and protection for our club members, throughout the entire worldwide organisation.

"Therefore, we call for the GAA to immediately and urgently launch an overhaul of their punishments for infractions, to match their campaigns and policies."

The statement concluded: "Roger Casements GAA will continue to push for reform, within Warwickshire, as well as the GAA itself. We will continue to welcome, respect, and protect each and every single one of our players, and hold all players to the highest standard, never accepting abusive or dangerous behaviour from, or towards, any of our members."

Reports: Tipperary To Have Their Own AFL Weapon For Munster Final 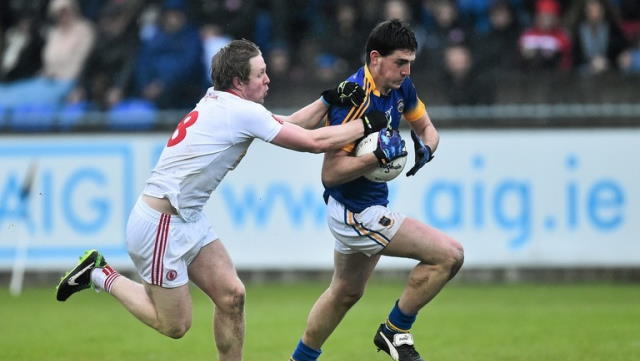